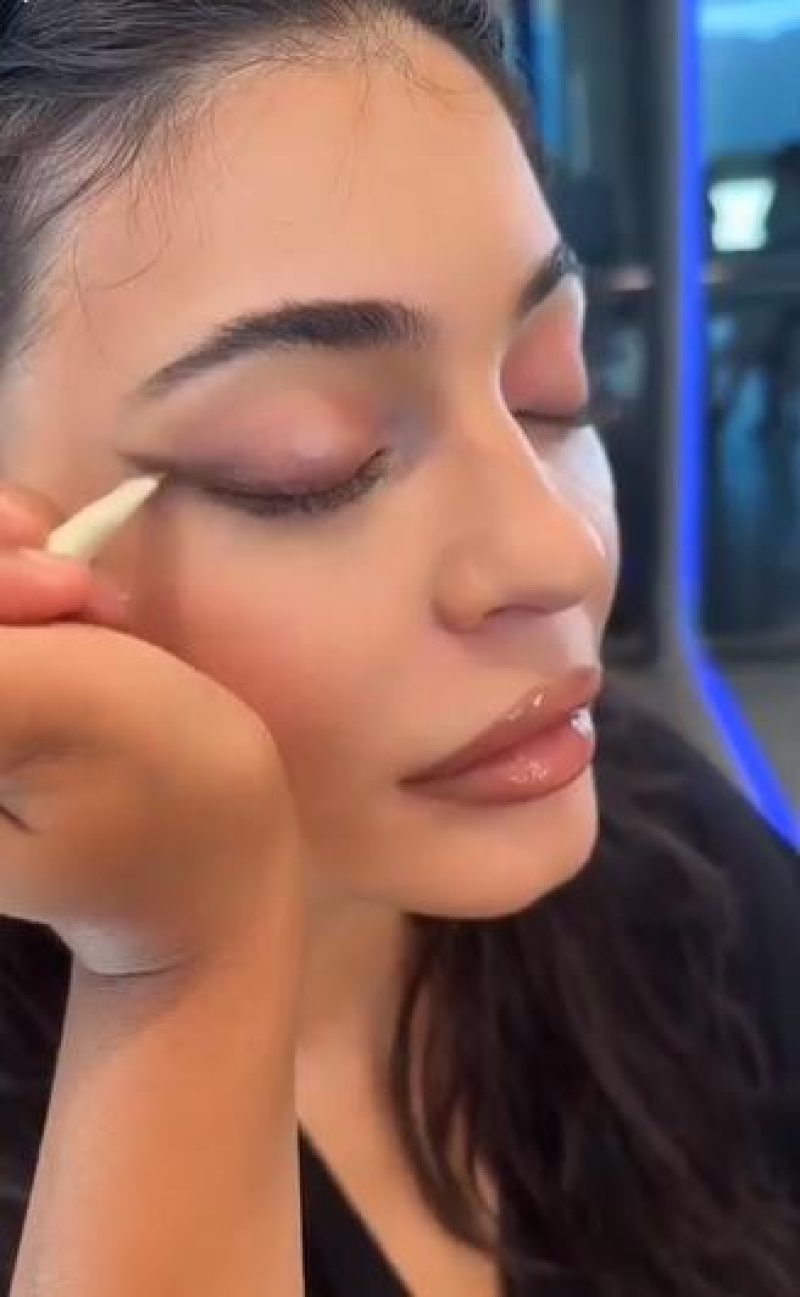 FANS of the Kardashians praised a “natural looking” Kylie Jenner, and speculate she may have stopped using lip fillers.

The Kardashians star was the recipient of a special makeover from daughter Penelope Disick, 10, and niece North West, 9.

Kim and North shared the video to their joint TikTok account.

Set to the TLC song Creep, the brief clip featured the two young ladies applying a variety of makeup to the proud mama.

Fans were impressed with the delicate job the girls did. But they also noted a distinct change in Kylie‘s appearance.

“I think she may be dissolving some of her lip filler,” one person noted in an online chat room.

While a third pondered: “Why is this the best she’s looked in years?”

Sadly, Kylie did not enjoy the same approval last week, when she was ripped apart by fans for her makeup skills following the glam look she gave her sister Kourtney.

Posting to her Instagram Stories on Friday, 43-year-old Kourtney revealed that Kylie, 25, had done her makeup.

The eldest of the Kardashian sisters shared a selfie to show off the resulting look.

Kourtney pouted her dark pink lips, which were heavily lined and appeared to be caked in layers of matte lipstick.

Wearing a leopard print gown, the Hulu star added the text: “Kylie Jenner did my makeup. That’s all.”

However, fans on social media were quick to share their thoughts on Kourtney’s makeover.

“Her lips look so dehydrated,” one user claim, and one person chimed in, “And no shade, but it kinda looks a mess.”

Kylie normally gets her own glam done by her full-time makeup artist Ariel Tejada.

The two are close fiends, and recently, he mocked her with a humbling comment during a TikTok video.

The Keeping Up With the Kardashians alum shared a video to the platform where she was showing off one of her usual stunning looks from the makeup chair.

But Ariel could be heard off-camera saying: “Do you like the unevenness of your water-line, like your lip line?”

The reality star looked taken aback by her employee’s off-key comment as she shot him a stern glare.