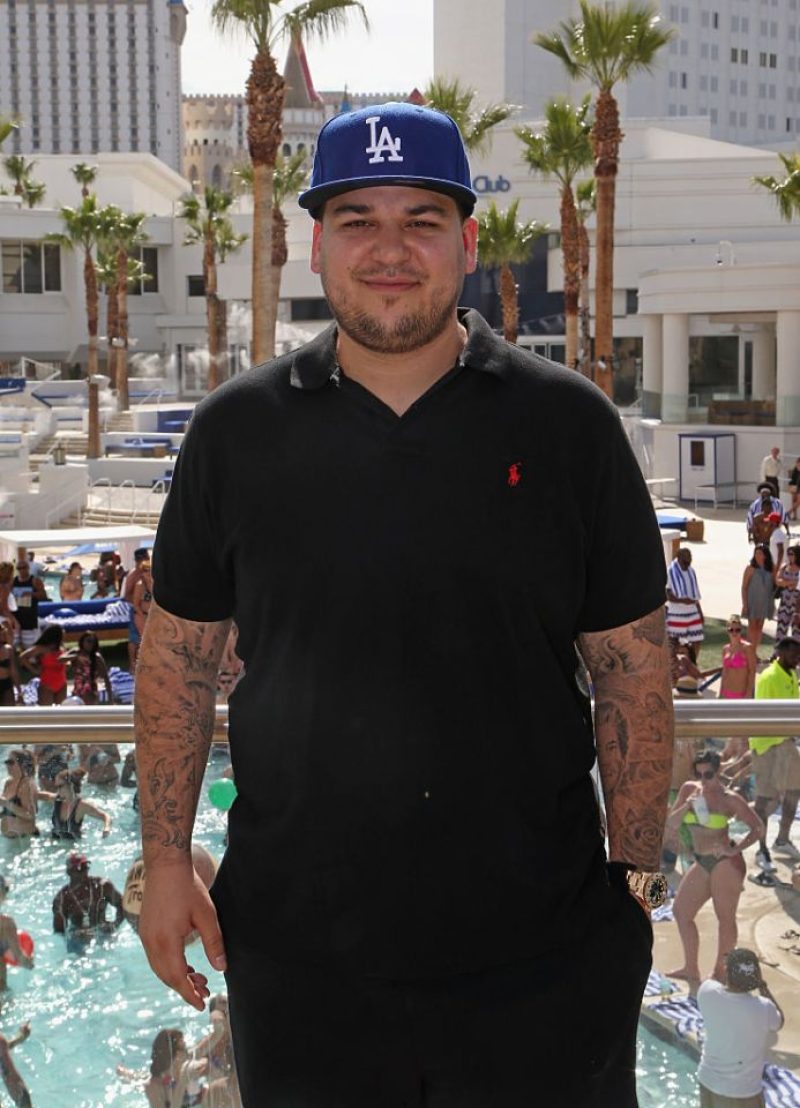 RUMORS of Rob Kardashian returning back to the spotlight have ramped up again, after he resurfaced at the family Thanksgiving party.

Kris, 67, had personal “royal” portraits done of every family member in attendance at the party and had them hung up on the wall.

A photo of Rob, 35, was among them, fueling speculation that has run rampant in the past few weeks of his return.

Fans on a popular Kardashian Reddit page took notice of his portrait that was featured in several social media videos that were posted online by family members.

In the thread: “Petition for Rob to make his comeback,” one fan screen grabbed the portrait and posted a fire emoji next to it.

However, not everyone seems keen on a Rob comeback.

One fan wrote: “He seems to not be interested in that scene and good for him tbh. Honestly if Scott left the show I’d be more devastated.”

“Scott is pretty much off the show already tho lol,” another person responded.

One fan questioned: “Honestly do we want a comeback thou?”

The royal portrait sighting comes as reclusive Rob made a rare cameo in his sister Khloe’s video.

Rob was seen as he celebrated his daughter Dream’s sixth birthday with a lavish balloon display.

The clip showed Dream, who was dressed in a purple Adidas tracksuit, outside Rob’s house.

The birthday girl then opened the rear door of a Cadillac Escalade, which was filled with pink balloons.

The song Happy Birthday played on the stereo.

It’s not clear who was filming the video, but their voice could be heard saying to Dream: “Look at your daddy over there!”

The camera then showed him standing and waving in the doorway of his house.

Rob has been mostly out of the spotlight since Rob & Chyna, a spinoff show set around his relationship with his ex Blac Chyna, was cancelled in December 2016.

An recent leaked email has allegedly outlined Rob‘s next career move and suggested that he could be making a return to the reality realm.

Posted to social media, a screen grab of the anonymous email read: “Rob Kardashian’s rumored return to the public eye is true.

“There will either be an exclusive podcast or a Kardashians episode with him talking about what he’s been going through and what help he’s been getting.

“Dream’s happiness is the focus.”

The Kardashian‘s star has stayed out of the spotlight as his famous siblings have risen to fame.

Rob is rarely in photos at family gatherings, although he recently was spotted in his sister Kim’s post celebrating Kris’ birthday.

They crowded together around the camera smiling and making selfie faces.

However, Rob only shyly appeared in the back corner of Kim’s first selfie photo.

Rob also made a rare appearance in an episode of his family’s Hulu show in May.

However, he tried to hide from the cameras the entire time.

Many believe his legal battles with baby mama Blac Chyna is the reason for his isolation.

Chyna ignited a huge legal battle with the Kardashians earlier this year as she sued them for $100m.

But the Jury dismissed Chyna’s claims that the family had ruined her reality TV career after Rob & Chyna was cancelled by E! following their breakup.

Despite not having to pay out damages, the jury concluded that the Kardashians had not acted “reasonably and in good faith to protect their own economic interests.”

Chyna’s attorney, Lynne Ciani, later told reporters outside of the courthouse they would be appealing the decision.

InstagramDespite a rare appearance on The Kardashians Hulu show in May, Rob is never seen[/caption]

PrevPreviousJeopardy! host Mayim Bialik claps back at body-shamers in new TikTok about ‘women asking for seconds’
NextWho was Bruce Lee and how did he die?Next