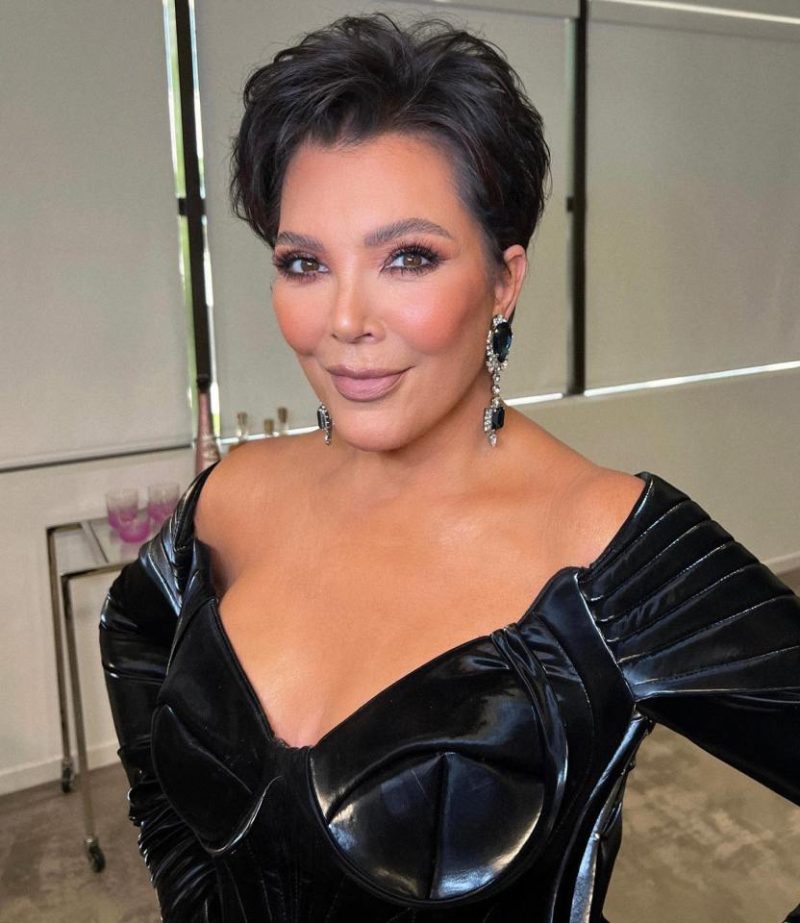 THE Kardashian and Jenner family have given fans an insight into their very extravagant Thanksgiving celebrations.

The reality TV stars had a dinner to remember at Kris Jenner‘s $12 million mansion, and it seems the momager did not hold back.

Not only did 67-year-old Kris hire a harpist for the occasion, she also had personal portraits done of every family member and had them hung up on the wall.

Everyone was keen to show off the pictures on their Instagram Stories, including Kourtney Kardashian‘s husband Travis Barker, who revealed his own three children had been included on the wall.

Kourtney, 43, shared a few posts on her own story including a video of the harpist performing and the huge dining table.

The eating space was covered in white table cloths and adorned with antique-looking candle holders and glassware as well as an epic amount of flowers.

Kardashians ripped for ‘excessive amount’ of food during lavish Thanksgiving

Every guest had their own handwritten dinner place cards alongside large brown plates, silver cutlery and gray napkins.

The set-up was complete with Thanksgiving-themed crackers and the children had their own turkey to color in and pots of pencils to do so.

As well as a sit down dinner, Kris also treated everyone to an over the top grazing table which was a smorgasbord of charcuterie, including slices of salami and cubes of cheddar cheese.

There was also bunches of grapes, a variety of crackers and dried apricots and chunks of kiwi.

And for those guests with a sweet tooth, Kris provided a donut bar complete with stacks of different assortments of the fried dough.

Mom-of-three Kourtney gave her followers a glimpse of her actual dinner when she shared a photo of her plate.

She washed it down with a generous glass of red wine and was clearly having a wonderful day with her husband and her loved ones.

Her younger sister Kendall Jenner also shared a snap of her own plate before she actually tucked in.

The 27-year-old model had loaded up with a helping of macaroni cheese, roast potatoes and slices of cooked ham.

Her younger sister Kylie Jenner gave fans a glimpse of an outdoor dining set up for the kids in the family.

As well as pumpkin and turkey models that were there to be colored in, the littles ones were also able to doodle and decorate their place mats.

However, Kardashian critics weren’t charmed by the grand display of wealth.