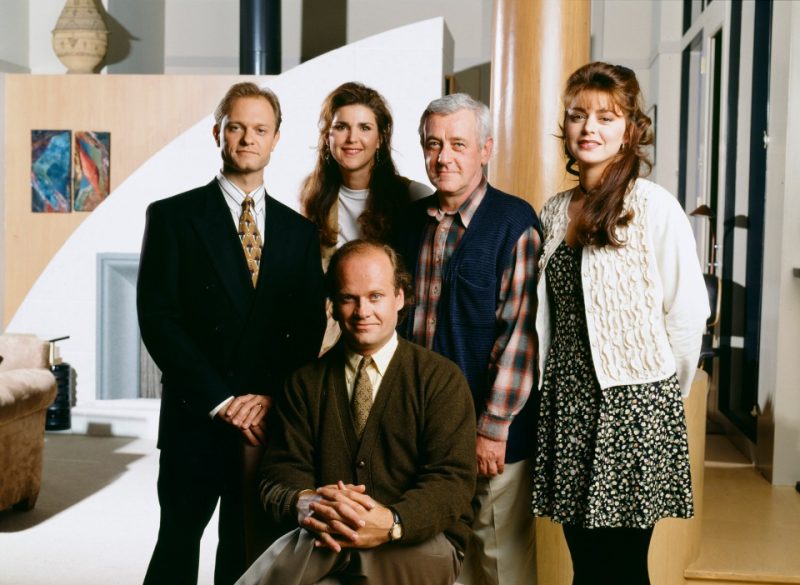 FRASIER fans are vowing to boycott the show’s reboot after learning that original cast member David Hyde Pierce won’t appear in it.

Kelsey Grammer admitted that David “wasn’t interested” in reprising the role of Frasier’s brother Niles in the upcoming revival.

Kelsey played radio psychiatrist, Dr Frasier Crane, in the series, which ran from 1993 to 2004.

Reflecting on the Paramount+ reboot, he told PEOPLE: “We start rehearsals in February.

“We’ve been working on it honestly for about six or seven years.

“It’s been on the slow burner. We were like, this is not a bad idea. Maybe this is a good idea!”

Kelsey then revealed he and the producers tried to bring back the “whole legacy cast” – which included David, Peri Gilpin, Jane Leeves, and John Mahoney, who died in 2018.

However, David, 63, bowed out and they had to rethink the plot.

“David basically decided he wasn’t really interested in repeating the performance of Niles,” Kelsey said of his onscreen brother.

He went on: “In a very funny way, it just took us to a new place, which was what we originally wanted to do anyway, which was a Fraser third act. It’s an entirely new life for him.”

Viewers were furious about the absence of Niles from the remake and claimed it’s “pointless” making the show without him.

One tweeted, “Frasier reboot w no Niles is pointless,” and another agreed: “Without Niles I have no interest in a Frasier reboot.”

A third posted: “Loved Frasier, but hard pass on this s**t! Niles and Martin were 2 of the 4 funniest characters on the show. Frasier was the least funny character on the show!”

Yet another user raged: “Niles was a much better character than Frasier his and Daphne’s love was legit the best part of the show next to him zinging Roz.”

“Niles isn’t gonna be in the Frasier reboot?! Now, I DEFINITELY don’t give a f**k now. Niles is my favorite character on the whole damn show,” one fan commented.

He remained busy after the series wrapped, starring in Sleepless in Seattle, The Good Wife and Wet Hot American Summer.

David has also established himself as a respected stage actor and has acted and directed in successful Broadway plays, winning a Tony award for his role in the musical Curtains in 2007.

That year he came out as gay after years of rumors about his sexuality. He married writer and producer Brian Hargrove in 2008.

GettyKelsey serves as an executive producer on the remake, which begins rehearsals in February[/caption]

GettyDavid has gone on to have great success since Frasier[/caption]

PrevPreviousWill there be a season 2 of Wednesday on Netflix?
NextDylan Dreyer’s fans are all saying the same thing after she covers for Today’s Al Roker at Macy’s Thanksgiving paradeNext