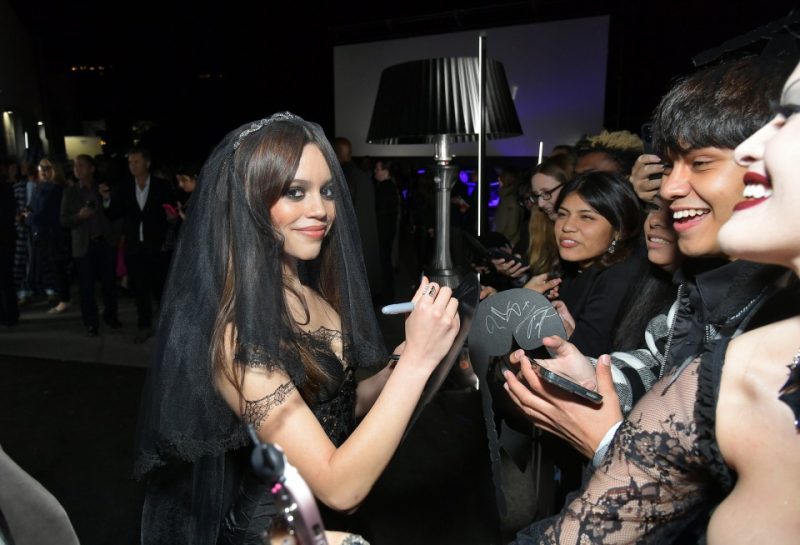 JENNA Ortega is best known for her acting work.

The star has risen to fame through her roles, but who is she dating?

Getty Images – GettyJenna is playing the role of Wednesday Addams[/caption]

The star tends to keep her personal life private which includes her love life.

She regularly updates her followers on her Instagram page, but her posts tend to be about her current acting roles.

Who has Jenna dated?

Back in October 2018, Jenna was romantically linked to Asher Angel after they attended the official Just Jared’s Annual Halloween Party and dressed up as Ariana Grande and Pete Davidson.

The cast of Netflix’s Wednesday revealed

After that they went on to attend multiple red carpet events together, such as the premiere for Marvel’s Venom.

However, the two never publicly confirmed or denied dating rumors.

Before this, dating rumors with Jacob Sartorius were sparked after Jenna appeared in his music video for his song Chapstick.

But it seems that they never became more than friends.

In February 2019, Jenna cleared up any romance rumours on a podcast episode of Just Between Us.

When asked what the craziest thing was that she’s read about herself was, she said it was anything about her love life.

She said: “Probably relationships. According to the internet, I dated like six guys, [but I] dated none of them.”

What TV shows has Jenna been in?

Jenna first stepped into the entertainment industry back in the early 2010s after appearing in films like Iron Man 3 and Insidious: Chapter 2.

She has now created a long list of TV shows and films she has starred in including Jane the Virgin, You, Stuck in the Middle, The Babysitter: Killer Queen, The Fall Out, Scream, and Jurassic World: Camp Cretaceous.

From 2016 to 2018, Ortega played the lead of the Disney Channel sitcom Stuck in the Middle as Harley Diaz.

She also voiced Elena of Avalor in the popular Disney series.

The actress said the production of season one was “the most overwhelming job” she had ever had.