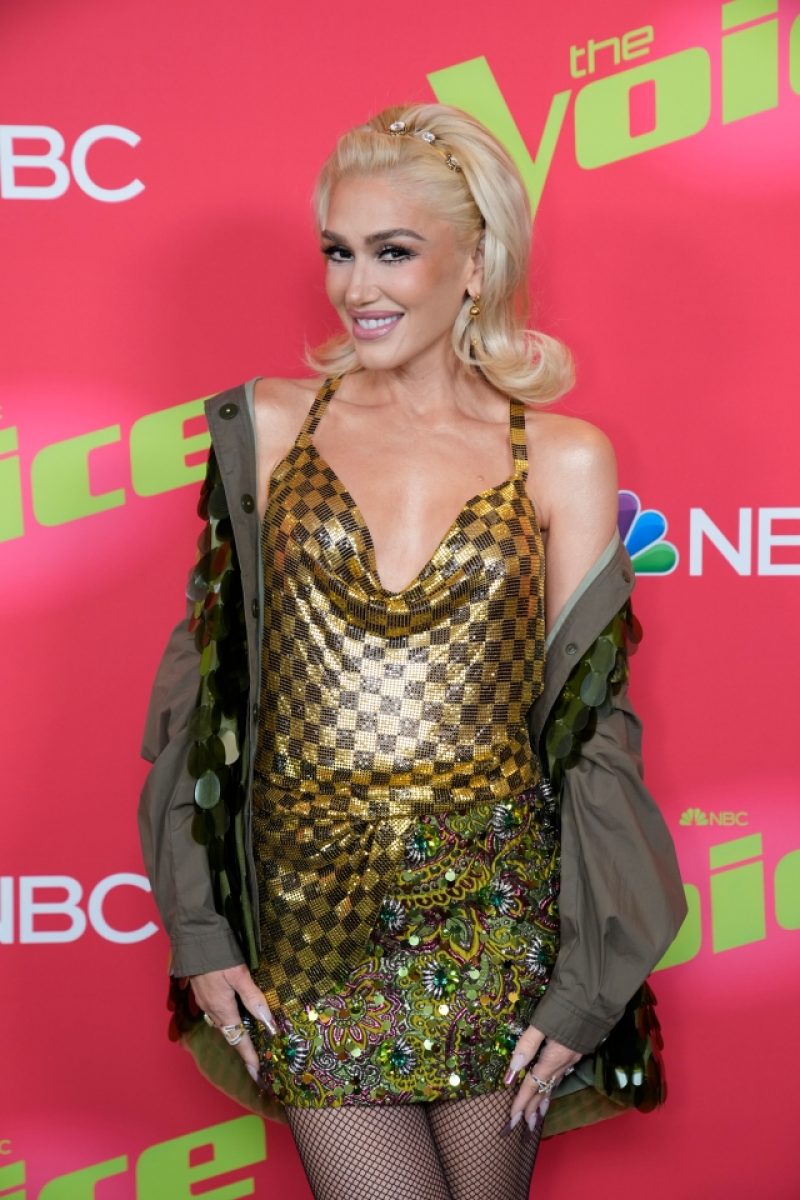 THE Voice fans have begged Gwen Stefani to scale back the plastic surgery after she showed off her pout in a new photo online.

Gwen, 53, tweeted a photo of herself resting a hand under her chin as she looked directly into the camera.

She captioned the snap: “Waiting 4 thxgiving dinner like… gx.”

Fans were focused on her lips, which appeared plumper than usual.

Critics plead with her to stop with the “injections”

See why Gwen Stefani left The Voice during Season 20

Everything to know about Gwen Stefani and Blake Shelton’s wedding

“What TF is it with people and botulism injections????” one hater wrote.

Another tweeted: “Let those lips back down!”

A third hater commented: “Waiting for the botox to wear off…”

Gwen’s looks have been a hot topic among fans as of late.

Fans of Gwen have noticed a drastic change in her appearance since she came into the limelight in the ’90s.

There have been allegations that the singer had a chin implant, a nose job, and a facelift in addition to other work.

All this has led some fans to seem her unrecognizable and one said: “Even when I know it’s her, I don’t recognize her…”

One even wrote: “So love Gwen, but stop messing with your eyes. They are disappearing.”

When comparing new and old photos of Gwen, there has obviously been a change, at least according to followers.

The former No Doubt frontwoman recently came under fire for a bizarre outfit choice on The Voice.

She took everyone by surprise by dressing up in a mismatched outfit of flowing fabric, denim, and leather.

Gwen’s jeans had a cream-colored fabric that wrapped around her waist and flowed around her legs like a cape.

The hitmaker also wore her bright blonde hair in a ponytail with braided details and striking cat eye makeup.

She finished her outfit with two large gold necklaces that read “Stefani” and “Shelton,” the latter referring to her husband, Blake Shelton.

Fans of The Voice threw some shade at Gwen for her questionable fashion choice in this week’s episode.

“Gwen looks sweaty,” one person said as another added, “… You’re too much!”

One critic said: “The lengths you’ll go to grasp for attention is remarkable.”

“Love the top but what’s going on in the bottom half of your outfit?” another chimed in.