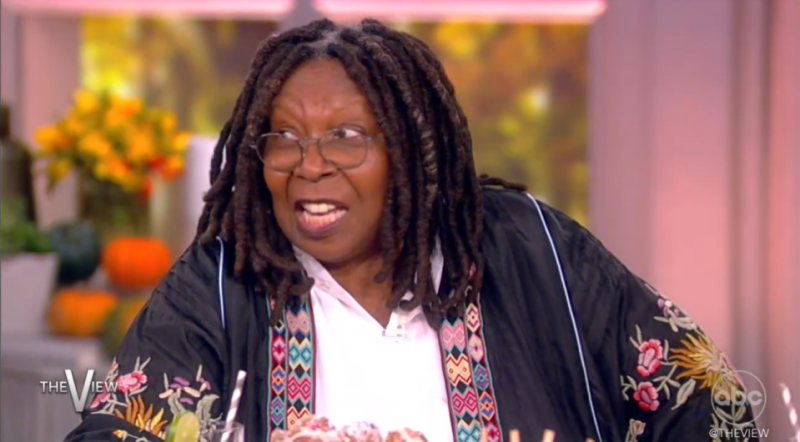 WHOOPI Goldberg took a scathing swipe at Patti LaBelle on The View – before the singer made a sly dig right back.

During Wednesday’s broadcast, the panel asked Patti, 78, if she’d had to cook for any difficult diners in her time.

The legendary singer pointed to Whoopi and said: “I got someone who never liked anything green to eat kale.

“On my cooking show, Whoopi ate kale for the first time in her life.”

Whoopi pulled a look of mock-disgust and chipped in: “And the last time!”

Patti went on: “But she tried it.”

Whoopi confirmed: “But I tried it. Patti is good for getting you to try stuff that you don’t want to try.”

She addressed her fussy palate, admitting: “I don’t like anything. My list is very small. Nothing green.”

Patti then got her own back at her friend, quipping: “She likes green money.”

The panel burst out laughing at the musician’s scathing swipe.

Whoopi resumed her moderator duties on The View on Monday after her “rough” battle with Covid.

She reflected on her Covid battle at the start of the broadcast, saying: “You can get boosted within an inch of your life and then the next thing you know you got Covid again.

Both she and her The View co-host Sunny Hostin, whose mother was briefly hospitalized with the respiratory virus RSV, urged people to wear masks.

Sunny then mentioned how she flew to Florida over the weekend.

“I was the only person with a mask on,” she told the rest of the cast of her flight.

“Yeah this is no joke,” Whoopi chimed in, adding: “You know when we wore our masks, everybody was mad but nobody got sick.

“Now we’ve taken the masks off, and all the stuff that used to happen to us all the time is happening again.

“You know the true thing is if you want to protect yourself you probably need to keep your mask on a little more than you want to.”

At that time, Whoopi let out a little cough, then claimed that she wasn’t sick but just trying to “clear” her throat so that the audience could “hear” when she was speaking.

But fans were not impressed, taking to Twitter to slam her for preaching mask safety but not wearing one on stage.

“I accidentally had my channel on ABC & was subjected to Whoopi telling everyone to wear masks still while not wearing a mask & she wanted to make sure people knew that her coughs were not contagious after her bout with COVID. #TheView, posturing & telling women how to think,” one wrote.

ABCPatti quipped that Whoopi doesn’t like anything green, only ‘green money’[/caption]