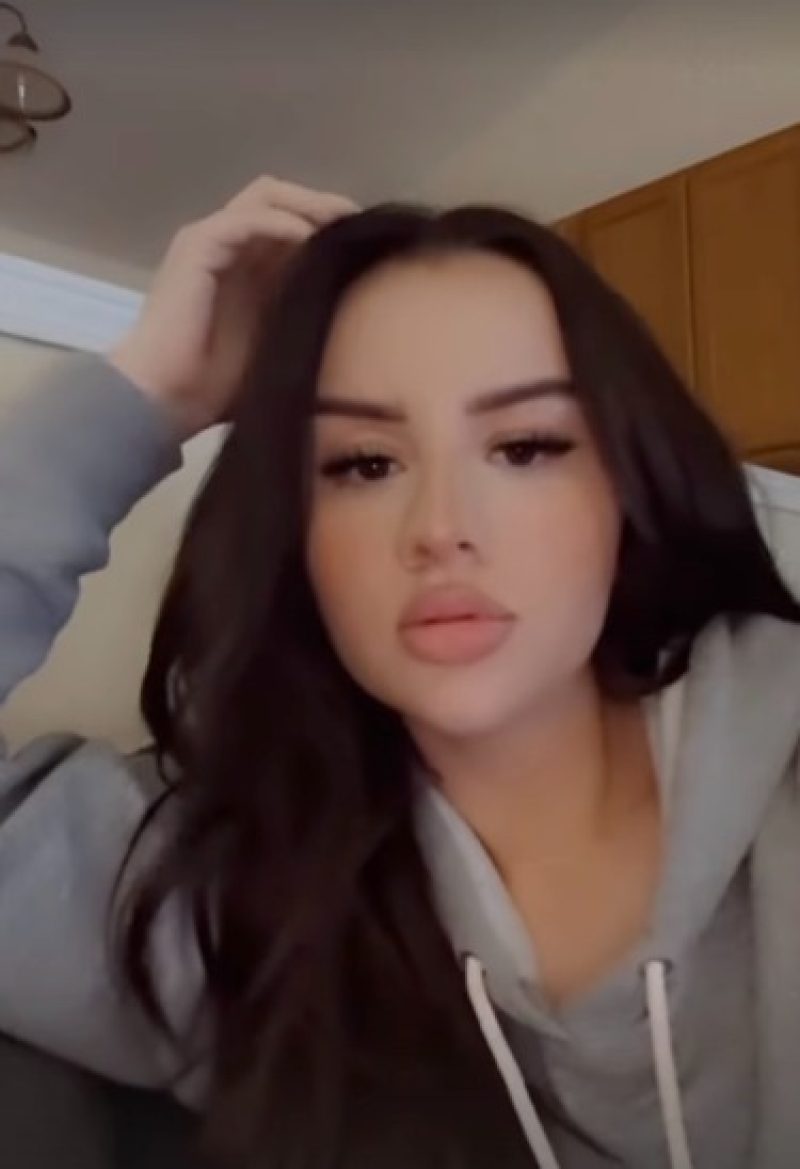 TEEN Mom Kayla Sessler has surprised fans with her changed appearance after undergoing a mommy makeover.

The reality star took to her Instagram Stories to show off her drastic hair transformation.

The formerly blonde-haired beauty shared a boomerang on Wednesday of her new look.

Kayla recorded herself sitting on the couch sporting a gray hoodie and a full face of makeup.

She stared directly at the camera bringing the focus on her darker hairstyle as she ran her fingers through her hair.

The 23-year-old dyed her locks a dark brown, which she parted in the middle and styled in loose waves.

Kayla recently got fans talking after she shared photos of her supposed new love interest on social media.

Rumors started circulating in August that the young mom had split from Luke Davis, 24 – the father of her daughter, Ariah.

Although it is unknown when the couple officially parted ways, she appears to have already gotten cozy with a new man.

Earlier this week, Kayla posted a video on her Instagram Stories of her new boyfriend, Justin, getting a pedicure.

She wrote: “He’s never had a pedicure before so we had to come.”

Justin seemed relaxed and like he was enjoying his time getting pampered while playing on his phone.

However, Teen Mom fans didn’t appreciate the video after discovering some of Justin’s questionable decisions online.

Some photos he posted show him flashing his middle finger, and in another more concerning snap, he posed with a gun at a gas station.

Kayla has two young children, Izaiah and Ariah, who are only four and three years old.

Fans grew concerned for the well-being of Kayla’s children with Justin around and voiced their opinions in an online thread.

One person said: “My children are 13 & 16, and they’ve only been around ONE man who wasn’t one of their fathers, and that was only a handful of times. I’m so sad for all these kids.”

Another wrote: “Meanwhile he’s texting his real girlfriend while Kayla picks up the bill. You think she would learn from Stephan and Luke, he’s about to run her pockets, cheat on her, steal from her, and then go ghost.”

Instagram / Kayla SesslerFans grew worried about her new beau’s impact on her children, Izaiah and Ariah.[/caption]

MTVKayla is rumored to have ended her relationship with Luke Davis, the father of her daughter[/caption]

PrevPreviousCountry music star Alan Jackson stays silent on bizarre rumor he had died after sharing cryptic post
NextWho is Mollie King and does she have children?Next