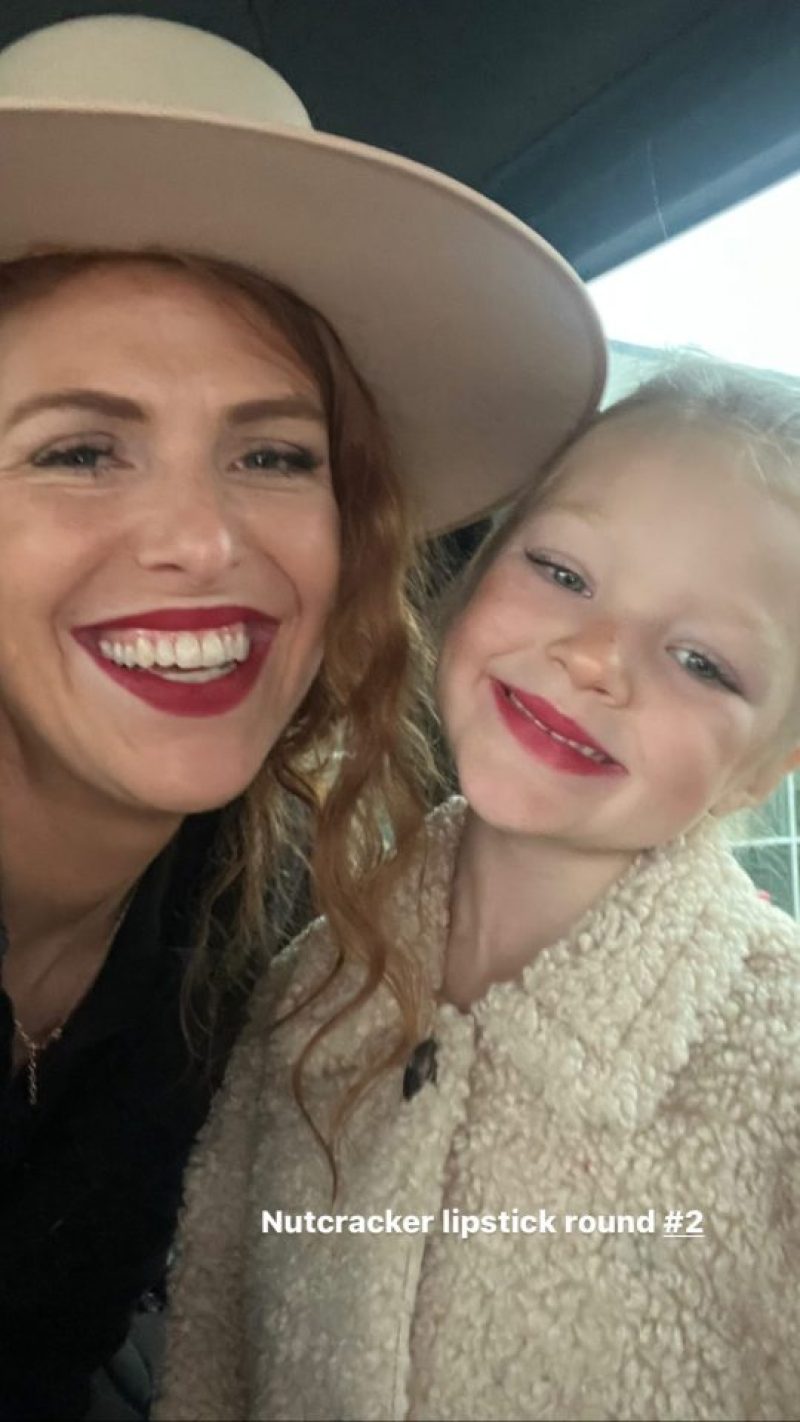 AUDREY Roloff has been slammed for letting her five-year-old daughter Ember wear makeup.

The Little People, Big World star, 31, faced backlash after sharing a selfie of her and her eldest child in matching red lipstick.

InstagramCritics claimed the red lipstick was ‘inappropriate’ (seen, Ember with her father Jeremy)[/caption]

Audrey posted the photo on her Instagram Stories on Wednesday and captioned it: “Nutcracker lipstick #roundtwo.”

Ember wore the lipstick as part of her costume while taking part in a ballet recital of The Nutcracker.

Audrey attended the show with her husband Jeremy and proudly filmed their child performing.

While the TLC alum was clearly pleased with her daughter’s appearance, some critics felt the makeup was “inappropriate”.

One wrote on Reddit: “Ember is SO young but no need for makeup! She’s too young.”

Another added: “Isn’t she like 5? This is so inappropriate.”

Others defended Audrey however, with one user commenting: “Meh. Let them have their fun. Why do you care so much?”

Earlier this month, she came under fire for sharing graphic photos from Radley’s birth.

She shared snaps of herself naked in the water tub at the birth center with husband Jeremy.

The reality star posted a video of the exact moment Radley was born and claimed he’d had a “double water birth”.

Audrey wrote: “Radley was born at 6.32 en cal (aka my water never broke). It’s extremely rare so we say he was a double water birth.

“Born in the bathtub and still in the amniotic sac too.”

In another snap, Audrey and Jeremy looked lovingly at their newborn son as he lay on Audrey’s chest.

The TLC alum then posted a video of them admiring Audrey’s placenta as a nurse held it up.

Audrey could be heard saying, “So cool. Wow, that is so cool!” as Jeremy murmured: “Amazing.”

She captioned the video, “Examining that Ningxia placenta. If you know you know,” with a wink emoji.

Audrey drank NingXia Red during her pregnancy, a drink made of various berries and essential oils which is believed to promote a healthy placenta.

The week before, she was accused of putting Radley in danger during a plane journey.

The blogger had jetted to Arizona for Jeremy’s grandfather’s memorial at the weekend.

On the journey back to Oregon, she posted a snap of Radley lying on the floor of the aircraft between her feet and rifling through her bag.

The toddler was surrounded by various items in the confined space, including a water bottle, purse and clothes.

Audrey captioned the photo, “1 year olds on planes,” with a laughing face emoji.

While the reality star clearly thought the snap was amusing, her critics claimed she was at risk of harming Radley.

Another agreed, posting “That baby should be in her lap with a seatbelt on.”

PrevPreviousWho is Jonnie Irwin and how long has he been presenting A Place In The Sun?
NextToday fans devastated as Al Roker misses Thanksgiving Day Parade amid weatherman’s scary health battleNext