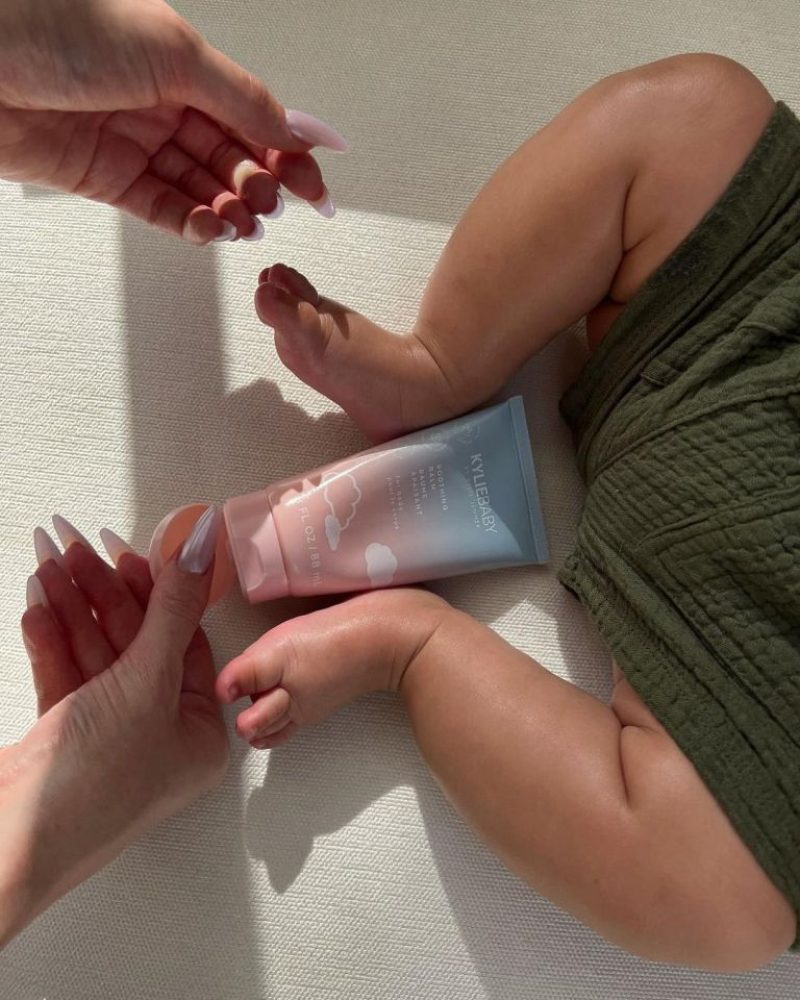 KYLIE Jenner has revealed the name of her baby son several months after she and Travis Scott announced that they changed it from Wolf.

The couple welcomed their son in February and still have not shown the child’s face but she gave a major update on her baby boy on tonight’s Hulu finale.

During Thursday’s episode of The Kardashians, which is the finale of their second seaosn, Kylie, 25, announced the name of her son after alleging that she changed it.

After several months of speculation, she made the reveal in a confessional interview on the show.

“This year has been very transformative for me. There’s so many amazing things that I’m really excited about.

“To hang out with my babies and really dive into my work,” she said.

“My baby’s name is still Wolf. I’ll let you guys know when I change it. Maybe I’ll tell you guys in season three,” she added with a wink to the camera.

While Kylie hasn’t shown off her baby, she has made some reveals about him.

After sister Khloe Kardashian showed off her son, the makeup mogul revealed what her baby boy’s eyes look like.

The mom-of-two recently took to Instagram to repost a throwback photo shared by a fan.

In the black and white snap, a young toddler-aged Kylie looked mischievously at the camera with her large deep brown eyes.

The reality star captioned her repost: “My kids got my eyes.”

Kylie’s four-year-old daughter, Stormi, has large brown eyes just like her mom, and although the star hasn’t posted a photo of her son’s face yet, she has confirmed he had big dark eyes just like his older sister.

Kylie has been teasing photos of her newborn son for several months after he was born in February.

Khloe, 38, showed off her only son’s face on the emotional season premiere on Hulu’s The Kardashians.

Fans are eager to learn the baby’s name, however.

Some have been speculating about what the Good American founder named her baby boy.

During a recent episode of the Kardashians, the tot could be heard crying as Khloe handed him over to his grandma Kris Jenner, who cuddled the baby on her shoulder.

The famous family was visiting France during the episode.

One theorized that Khloe’s son’s name is Paris and that she would debut it while the family was in the French capital.

They wrote on Reddit: “I have a prediction for Khloe’s son’s name (if they reveal it for the finale like the preview hinted).

“Paris Thompson – it would be a play on the episode’s name and the baby’s name. Anyone have predictions?”

Khloe shares her son and her daughter True, four, with ex Tristan Thompson.

Khloe and Tristan called it quits after his love child scandal was revealed.

Tristan welcomed a son named Theo with Maralee Nichols, 31, back in December 2021.

He had an affair with Maralee while he was supposedly in an exclusive relationship with Khloe.

During the season premiere of The Kardashians, Khloe opened up about the heartbreaking aftermath of her ex’s paternity scandal.

Khloe confirmed that she was unaware of her ex’s infidelity and was informed when documents were leaked to the press.

By that point, she had already decided to have another baby via a surrogate with Tristan, revealing that they had done an embryo transfer just days earlier.

“I mean it’s supposed to be a really exciting, amazing time and it’s just a different experience, I think. It’s been so hard. I don’t want to celebrate anything,” Khloe sobbed to the camera.

Khloe also claimed that Tristan knew about his love child in July 2021 but pushed the TV star to have another baby anyway.

“I found out about Tristan’s situation the first week of December,” she confessed.

“It’s just so close. I wouldn’t want anyone to think I did this after the fact. Why would I want to have a baby with someone who is having a baby with somebody else? I’m not that much of a sociopath. I’m a lunatic, but not that f***ing deranged.”

Khloe appeared to put aside her feelings over Tristan’s cheating ways when their baby boy was born, inviting him to be at the hospital for the birth.

HuluDuring The Kardashians, however, she claimed she hadn’t changed it yet[/caption]