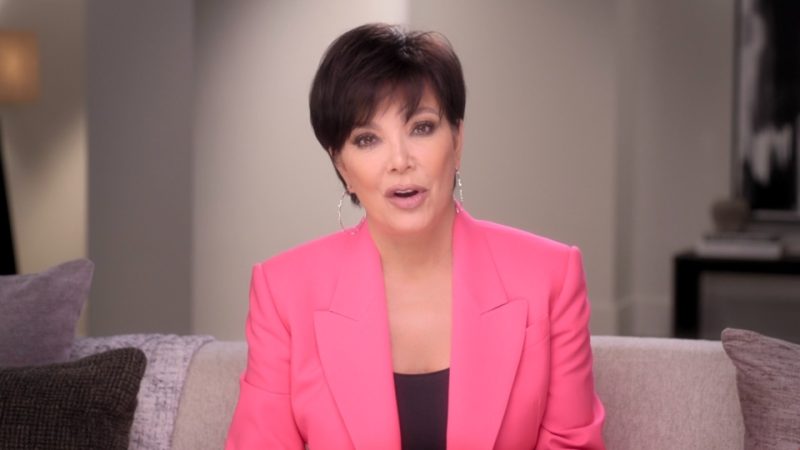 The season two finale of The Kardashians sees Khloé‘s mom and her older sister Kourtney meeting her baby boy for the first time back in July.

As the women cooed and fussed over the newborn, who was birthed by a surrogate, Kris turns to her daughter Kim and says: “Don’t you think he looks like Rob?” referring to her only son.

“He’s so perfect,” Kris adds as he rocks the baby boy in her arms while Khloé looks on.

“What are we gonna name him? That’s what I need to know!” Kim then says.

Clearly making a dig at Tristan, Kris adds: “And then just call him Rob Kardashian!” whilst laughing.

Fans of The Kardashians had a lot to say about the scene, and some were disappointed that they still don’t know what Khloé’s son is called.

“Ughhhh still no baby names this season… im getting bored,” one person wrote on a popular Kardashian Reddit thread.

Another commented: “The scene with khloe and she baby is so sad because she looks so uncomfortable filming with him.

“I don’t get why they even filmed that scene because she purposefully kept the blanket covering him the whole time and it was so awkward when kris was trying to see around the blanket,” they added.

Someone else wrote: “now why does this make me emosh, seeing khloé with her baby boy #TheKardashians.”

And another viewer added: “Khlo & her baby boy..omg I’m crying ahh @khloekardashian you deserves just the in your life, all the happiness of the world! This lil baby’s so lucky to have u as her mommy, just like Tutu..I love you! Never ever forget that and how strong u are #TheKardashians.”

It’s not been the easiest time for mom-of-two Khloé after she found out Tristan had fathered a child with Maralee Nichols during their relationship.

Tristan’s cheating came to light when news broke that Maralee was suing Tristan for child support after they conceived a son together back in March 2021.

And in 2018, Tristan was accused of cheating on Khloe with model Lani Blair while Khloe was pregnant with their first child True.

Days before Khloe went into labor, Tristan was photographed kissing Blair at a rooftop bar in New York.

The professional athlete was spotted at the Four Seasons with the petite brunette.

Video footage also emerged of the pair going into the hotel together.

At the time, witnesses told Page Six that the NBA star and Blair spent around four hours inside the hotel before leaving.

Another witness said: “They were holding each other and it was so obvious.

“Everybody knew who he was. We talked about it and everybody watched them make out several times.”

Last month, some fans were convinced that Khloé had taken Tristan back again after they appeared to spend Halloween together.