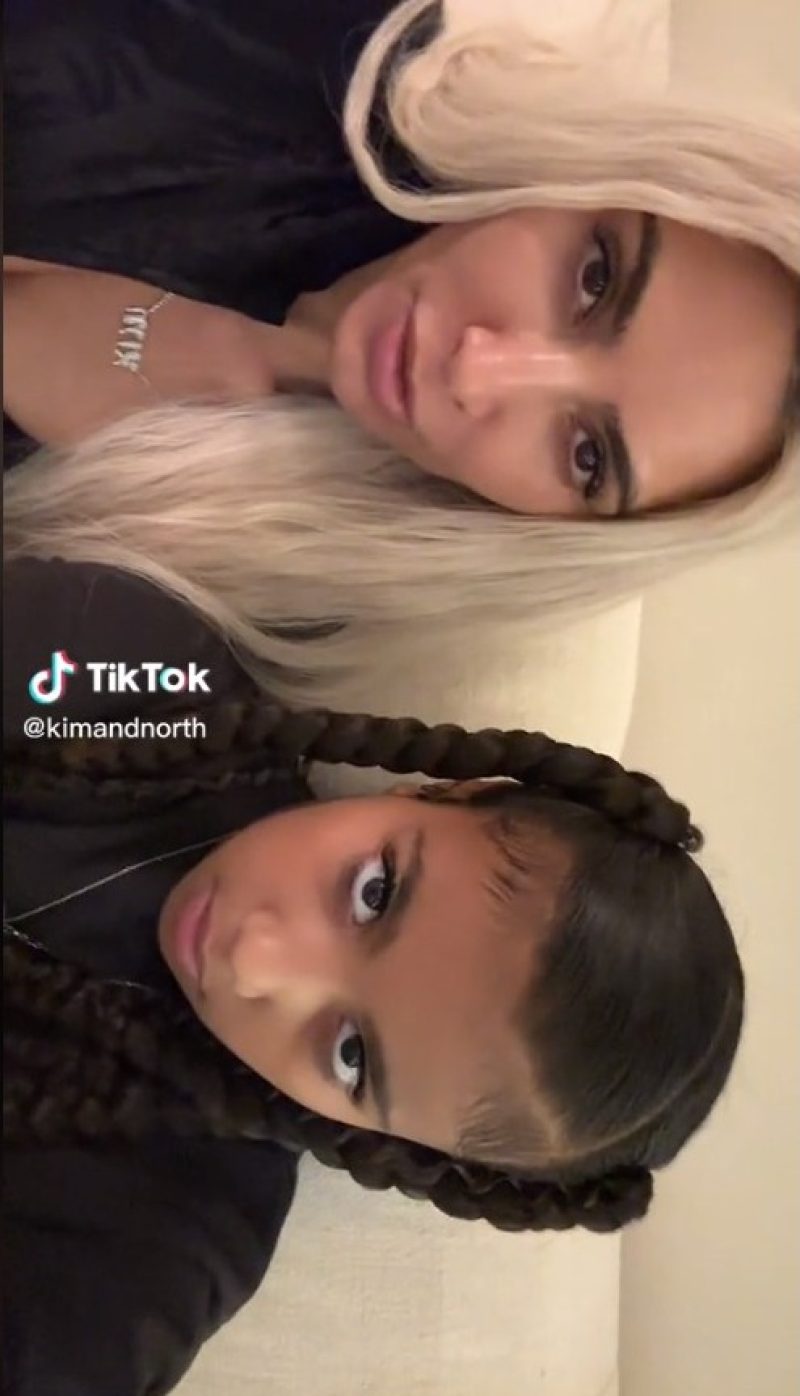 KIM Kardashian has shown off her real skin again.

This time, the Kardashians star recorded a TikTok with her daughter, North, without any makeup or other beauty products.

Kim, 42, shared the quick video with her nine-year-old daughter to their personal joint TikTok account.

For some unmentioned reason, the clip was filmed vertically, rather than horizontally.

The video features mother and daughter lip syncing to a 2002 interview with Snoop Dogg.

In the original, after a reporter asked, “Who are you?” Snoop replied: “My name is big Snoop Dogg and I’m the king of the west coast. If you don’t know, you do now. Bow wow.”

Both Kim and North mouth Snoop’s words, and follow it up with some headbanging.

Kim hasn’t been shy lately about showing off her natural look.

She recently shocked fans by revealing her natural hair without wigs or extensions, on latest episode of The Kardashians.

Kim displayed her shoulder-length hair after it was dyed peroxide blonde for the Met Gala.

While getting ready for the annual fashion event, the mother-of-four revealed the baby hairs around her forehead and ears and her silky hair texture.

Her newly-dyed locks were then pinned back into a sleek topknot as she emulated Marilyn Monroe for the Gala.

Viewers were blown away by Kim’s real locks after months of seeing the reality star wearing a super-long wig.

One asked on Reddit: “Kim’s natural hair length-why don’t we ever see it?”

Another posted: “It’s clear she has thin hair. Her part is pretty wide, even when it was dark. She colors it in at times.”

A third disagreed, writing: “It doesn’t look sparse or too fried here to me. Nothing a trim couldn’t fix.”

Among the items for sale and displayed at the Los Angeles locale is a giant photo of a natural Kim hanging on the wall.

The floor-to-ceiling pic features the model and her long blond hair.

Her eyes appear glazed and her lips are full.

A single streak of white cream rests on her upper cheek.