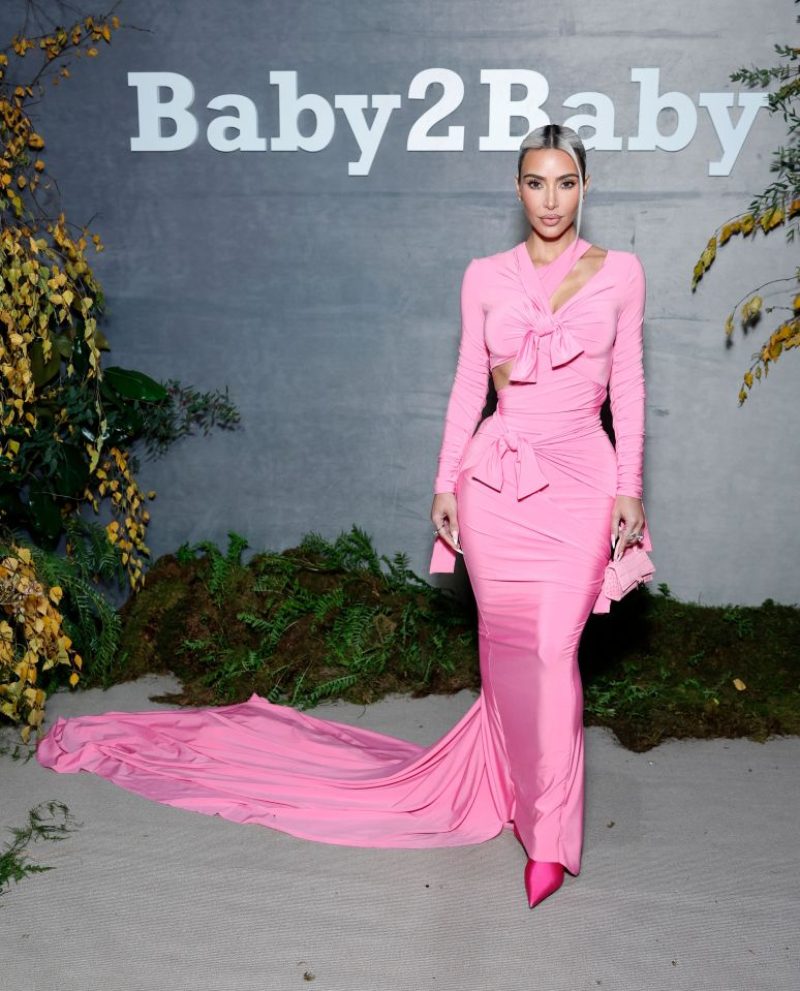 KIM Kardashian has been slammed by fans for including a blacklisted family member in new photos.

The reality star shared snaps on Instagram on Thursday detailing her recent “Friendsgiving dinner” at a juvenile detention center.

The photos included one of Kim, 42, standing around with the young men currently incarcerated at Camp Kilpatrick in Malibu, California.

She also shared a meal with the group inside the prison to commemorate the Thanksgiving holiday.

Despite the aspiring lawyer’s good deed, fans were shocked to see Kim’s sister, Khloe‘s cheating ex-Tristan Thompson, accompany her on the trip.

The NBA star was seen standing beside Kim while they spoke with the inmates and sitting at the dinner table.

ALL HANDS ON DECK

The Hulu personality gave a shoutout to Tristan, 31, in her caption: “This year I’m really thankful for the people I have met in all of the prisons around the country. This week @realtristan13 and I had an inspiring Friendsgiving dinner with the young men incarcerated at Camp Kilpatrick.”

Kim continued: “These young men have earned their way to this model camp in Malibu for great behavior. Many are in college classes and have made huge changes in their life. My favorite part at our dinner was going around the table and hearing what their dreams and aspirations are. I can’t wait to see them all come true.

“Thank you to the staff at the facility and to @antirecidivismcoalition, @scottbudnick1 and @swlewis01 for having me. Happy Thanksgiving to all of the men and women that are away from their families this year.”

She concluded: “A special shout out to Darius, William, Matthew, Tony, Carlos, Daniel, Monte, Matthew, Alan, Kevin, Carlos down at Camp Kilpatrick. I love you guys!”

‘WHAT ARE YOU DOING?’

However, fans were more focused on why Tristan was at the dinner, given his tumultuous relationship with Kim’s sister.

One fan asked: “What are you doing hanging out with Tristan?”

A second remarked: “Kim, what we aren’t going to do is make Tristan the enemy and then try to give him his redemption arc. Blur his face out, lol.”

A third questioned: “Why are you doing this with Tristan after what he did to your sister? Please make it make sense.”

And a fourth wondered: “Why do y’all still [see] him on occasions that don’t involve his daughter?”

Tristan has caused issues with Kardashian fans after he admitted to having an affair with fitness trainer Maralee Nichols, 31, while in a committed relationship with Khloe, 38.

The basketball star came clean in December 2021, simultaneously when news broke that he fathered a son, Theo, with Maralee.

At the time, Khloe and Tristan had just conceived a baby via surrogate, which they had not publicly announced.

The former couple – who are parents to a 4-year-old daughter, True – welcomed their second child in August.

Though Tristan has remained present at family functions, the Kardashian/Jenner family has been clear about their feelings toward the athlete.

Matriarch Kris Jenner, 67, made a dig at her daughter’s ex in the season finale of The Kardashians while meeting her newborn grandson.

After pointing out the tot’s resemblance to her only son, Rob Kardashian, 35, she suggested that that be the baby’s name, disregarding Tristan’s last name.

Khloe hasn’t revealed her son’s name yet, following her sister, Kylie Jenner, 25, who hasn’t shared her 9-month-old son’s name either.

Regardless of Khloe’s feelings toward her baby daddy, the pair have maintained a co-parenting relationship for their kids.

However, according to Maralee, Tristan is not giving the same attention to their son, who is turning a year old in December.

The fitness guru has claimed that Tristan is still inactive in their son’s life and has yet to meet the little one.

The Chicago Bulls alum allegedly chose not to be present in Theo’s life, despite being such a prominent dad in his other children’s lives.

In addition to Theo, True, and his newborn son, Tristan is a father to a 5-year-old son with his ex-Jordan Craig.

Tristan cheated on Khloe Kardashian with a fitness trainer who he fathered a baby with, while he was exclusively dating KhloeGetty Images – GettyHuluKhloe has been co-parenting with Tristan for the sake of their 4-year-old daughter, True, and newborn son[/caption]

GettyTristan’s former mistress, Maralee Nichols, claims he is not active in their son’s life and he has yet to meet the tot[/caption]