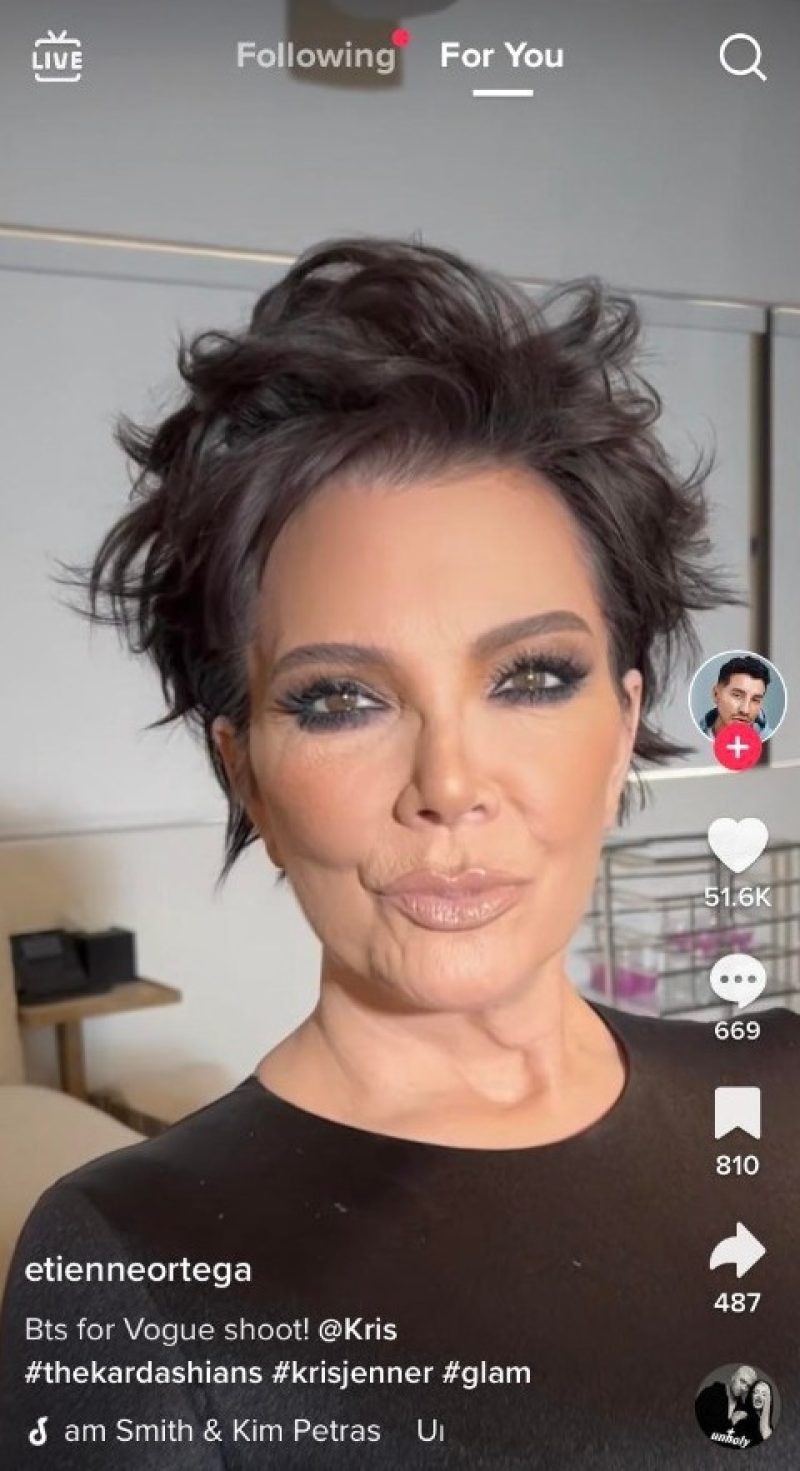 KRIS Jenner’s makeup artist for her Vogue Czechoslovakia cover shoot posted a video of the star from behind the scenes with out filters or editing.

Her real skin, natural folds and wrinkles are quite pronounced and visible in the rare moment Kris, 67, is on the internet without filters.

Kris smirked for a photo her makeup artist posted to his Instagram from her Vogue cover shoot.

She wore all black and her eyes were covered in dark, smokey makeup.

Kris proudly displayed her real skin with wrinkles and more.

However, some fans were not convinced the photo was entirely unedited.

Some sharp-eyed critics were convinced photo editors had smoothed out her forehead.

One fan on an online forum wrote: “It’s kind of scary to think there may be people who think this photo is real or natural and not filtered/edited.”

A second fan agreed and posted: “It’s even unnerving when they insist that it’s not photoshopped.”

Yet another fan slammed: “Real? She is wearing 12 lbs of makeup.”

However, a fourth fan chose to defend Kris and posted: “I think she looks hot here. Like a normal, albeit rich, hot, 67-year-old that takes care of herself.”

Earlier this fall, Kris showed off her real wrinkles and skin while stepping out for lunch.

She strolled through a parking lot with oversized sunglasses shielding her from the bright sky.

She didn’t appear to have much, if any, makeup on, revealing her natural look.

Fans commented: “Holy s**t, she looks so different from all the curated images that are released of her.”

Back in the spring, Kris showed off her unedited skin again on a behind-the-scenes clip of The Kardashians Hulu show.

In season one of The Kardashians, viewers saw Kris in front of the cameras as the Hulu team took promo images for the new series.

Wearing a pristine white pantsuit, she added elegant silver jewelry as she posed for the photographers.

But this behind-the-scenes reveal gave viewers an insight beyond the usual family drama.

Hulu viewers could see the momager’s real skin texture before any editing had been applied to the photos.

Her complexion appeared notably different compared to the finalized promo images which were later released by the network.

Viewers could see Kris’ natural lines and wrinkles, as well as the usual blemishes.

It comes after the mom-of-six was slammed by fans for her filtered Hulu promo pic.

KarJenner fanatics previously expressed their disapproval when the doctored photo was shared on The Kardashians Hulu Instagram page.