Kardashian fans in tears over ‘cute’ moment between Travis Barker & his stepdaughter Penelope, 10, in rare TikTok 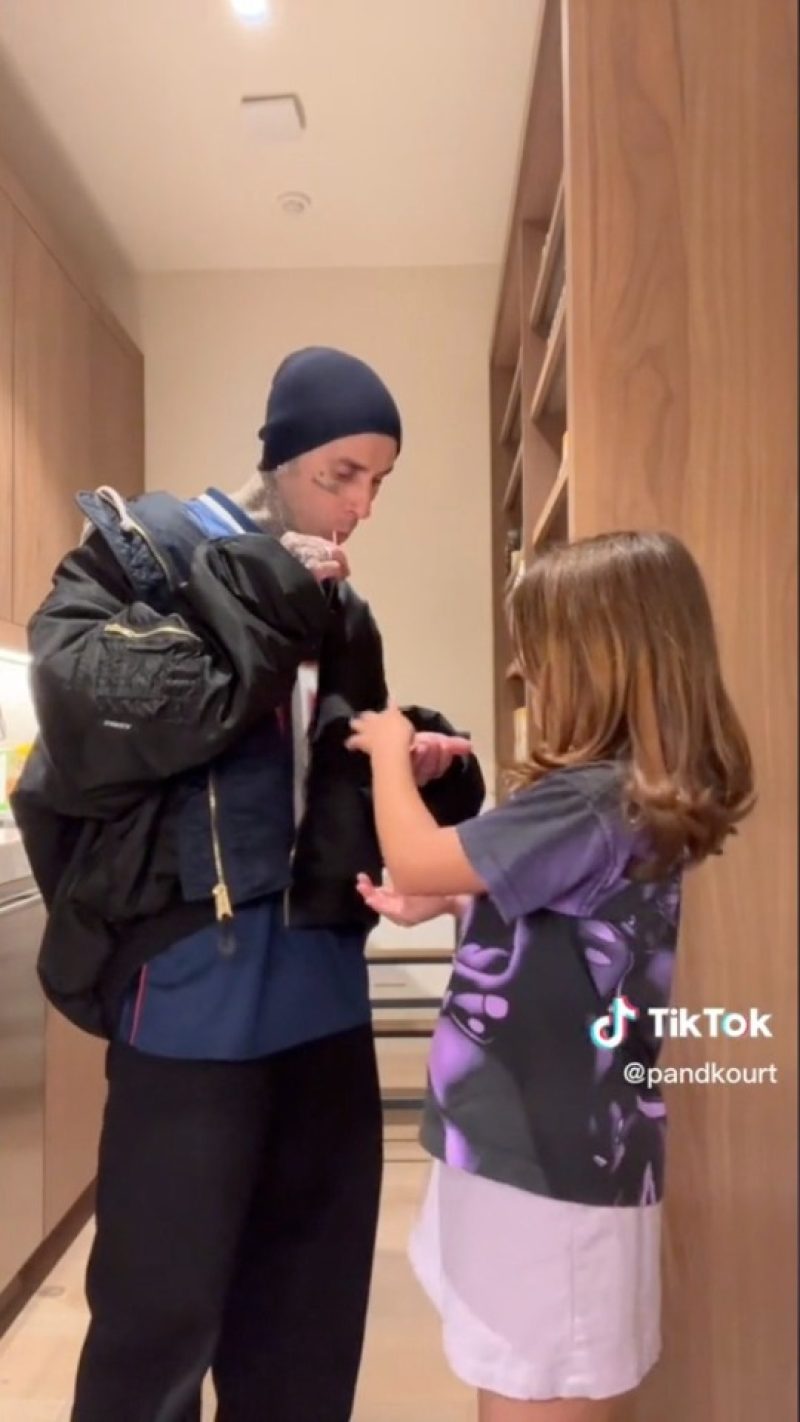 The child star has been sharing funny clips on the app as she approaches her teen years.

Now Penelope, 10, has recruited her new stepdad Travis, 47, for a comedic video.

In the post, the Kardashians star used a voice changer as she spoke to the Blink-182 rocker.

“Okay Travis, do you see the flea in my hand?” to which the drummer replied: “Mhm.”

Penelope held up her hand with an imaginary fly so that her stepdad could see.

“It’s going to do three backflips,” she explained while looking at her hand.

“One, two, three,” she counted, then said: “Okay could you hold his jacket?”

Penelope handed Travis an imaginary jacket which he then held onto in his own left hand.

“Okay it’s gonna do two more, one, two,” she explained as she watched her imaginary fly do two more flips.

“Okay now hold it’s jacket. Do you believe the fly is there?” the tiny tot asked.

“No,” Travis admitted, to which his stepdaughter replied: “Then why are you holding it’s clothes?”

The rocker laughed as Penelope sang the beat to a song and her cousin North West, nine, jumped in the shot at the last moment.

Fans were thrilled by the content, taking to Reddit to gush over the stepdad and stepdaughter duo spending quality time with one another.

“Thats really cute haha,” one wrote, while a second agreed: “Although I don’t understand, I find the video very very cute.”

“This is cute but I dont get this,” a third admitted.

“This is very sweet, don’t get it but it’s cute none the less,” a final shared.

Penelope has been regularly posting on her TikTok profile that she shares with her mom Kourtney Kardashian, 43.

Earlier this month, the little girl shared a video that was filmed in her bedroom inside her mom’s $9M mansion in Los Angeles.

She acted out the voiceover which said: “Yo bro, if you got Sketchers on, get out my face bro,” while doing a little dance at the end.

Viewers could see a giant vanity in the background covered with makeup and a floor-length mirror.

A crystal chandelier hung above Penelope’s head as she danced and imitated the voiceover.

Penelope captioned the TikTok: “Get out my face, bro. LOL in my drafts,” with a smiley face emoji wearing sunglasses.

Kourtney’s only girl, whom she shares with her ex Scott Disick, often posts videos to TikTok featuring her famous parents.

Fans have become shocked over how fast Penelope is changing as she approaches her teenage years.

In August, Kourtney showed off one of her daughter’s most grown-up looks yet as she applied a full face of makeup on TikTok.

During the 14-second video, the preteen showed her followers a morning makeup routine, layering on concealer, eye shadow and lip gloss.

Penelope has increasingly been seen on outings with her mom and her new step-dad Travis Barker, 48.

TikTok / pandkourtKourtney shares her daughter with her ex Scott Disick[/caption]