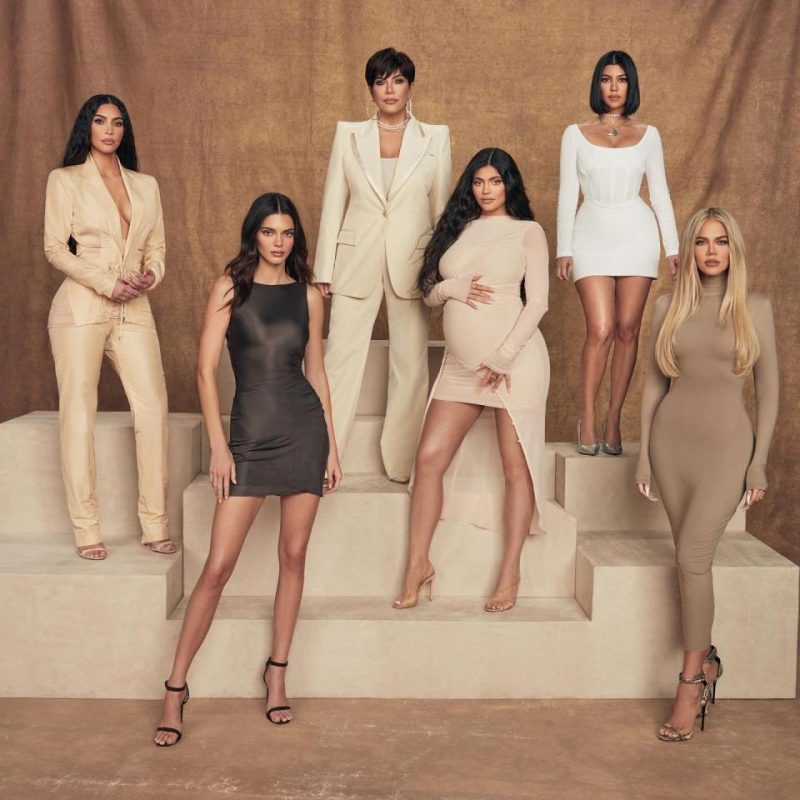 KARDASHIAN fans have been left shocked by Khloe and Kourtney’s NSFW embarrassing question for Kim in a resurfaced clip.

The Good American co-founder shared the clip on her Instagram Story, confessing: “OMG we were f**ked up lol.”

HuluRumors are swirling that the Kardashian siblings are at odds[/caption]

The duo have Kim, 42, on FaceTime and are repeating a word that sounds German while flashing their wine glasses toward the phone camera.

The SKKN mogul questions, “What?” before adding: “You guys are so lame.”

Things take a strange turn as a giggly Khloe and her Lemme founder sister inquire: “We want to know what color is your p***y?”

They could hardly get their question out they were laughing so hard.

Khloe seemed to find the clip – which was dug up by a fan Instagram account – funny, as she herself reposted it.

She did not say any more about the moment, however.

Neither Kourtney nor Kim shared the video on their Instagram.

Rumors have been swirling that the Kardashian siblings are feuding.

Those rumors picked up steam after another video resurfaced recently.

This clip showed Kim seemingly throwing shade at her sister Kourtney during an appearance on Ellen Degeneres‘ show.

She made the shady comment while playing a game.

The object of the game, called the “5 Second Rule,” was to name three things that correspond with the question being asked.

The show’s DJ, Stephen “tWitch” Boss, acted as the moderator for the game, presenting both Kim and Ellen with their questions.

With time ticking down, Kim answered: “Khloe, Kendall, and Kylie.”

The show’s host quickly replied, “That’s a shame for the others,” which in this case only left the star’s oldest sister, Kourtney.

The clip was recently dug up and reposted on a Kardashians-dedicated Reddit board.

Titled, “Sheesh,” fans took to the post’s comment thread to weigh in on Kim’s harsh but apparently honest answer.

One person wrote: “Yeah she didn’t have to do that, she will take any opportunity to dig at Kourtney.”

A second fan commented, “The way she didn’t even hesitate,” with another adding, “I would’ve just taken the L.”

A fourth commenter stated: “I maintain she’s always been jealous of Kourt.”

Referencing back five years ago to the time of the show’s recording, One person remarked: “This was when they were having issues with Kourtney filming if I remember correctly.”

Another fan agreed, writing “she was beefing with Kourtney during this time, ” before adding, “I would’ve said the same tbh. Kourtney is rude asf,”

While a final Redditor commented: “Kourtney would probably answer the same, so it is what it is.”

Kim isn’t the only one throwing shade.

The 24-year-old posed against a simple gray backdrop in the revealing outfit, before walking off-camera.

The clip was posted on Instagram last weekend and later deleted.

One wrote on Reddit, “Kanye’s girlfriend now modeling for Good American?” with a confused emoji.

Kanye and Juliana went public with their romance in late October, going on a dinner date while wearing matching black outfits.

Juliana, who has been modeling since her teens, clutched a handful of red roses in one hand during their night out.

SplashKhloe, meanwhile, seemed to take a dig at Kim by posting a pic of Kanye West’s girlfriend[/caption]