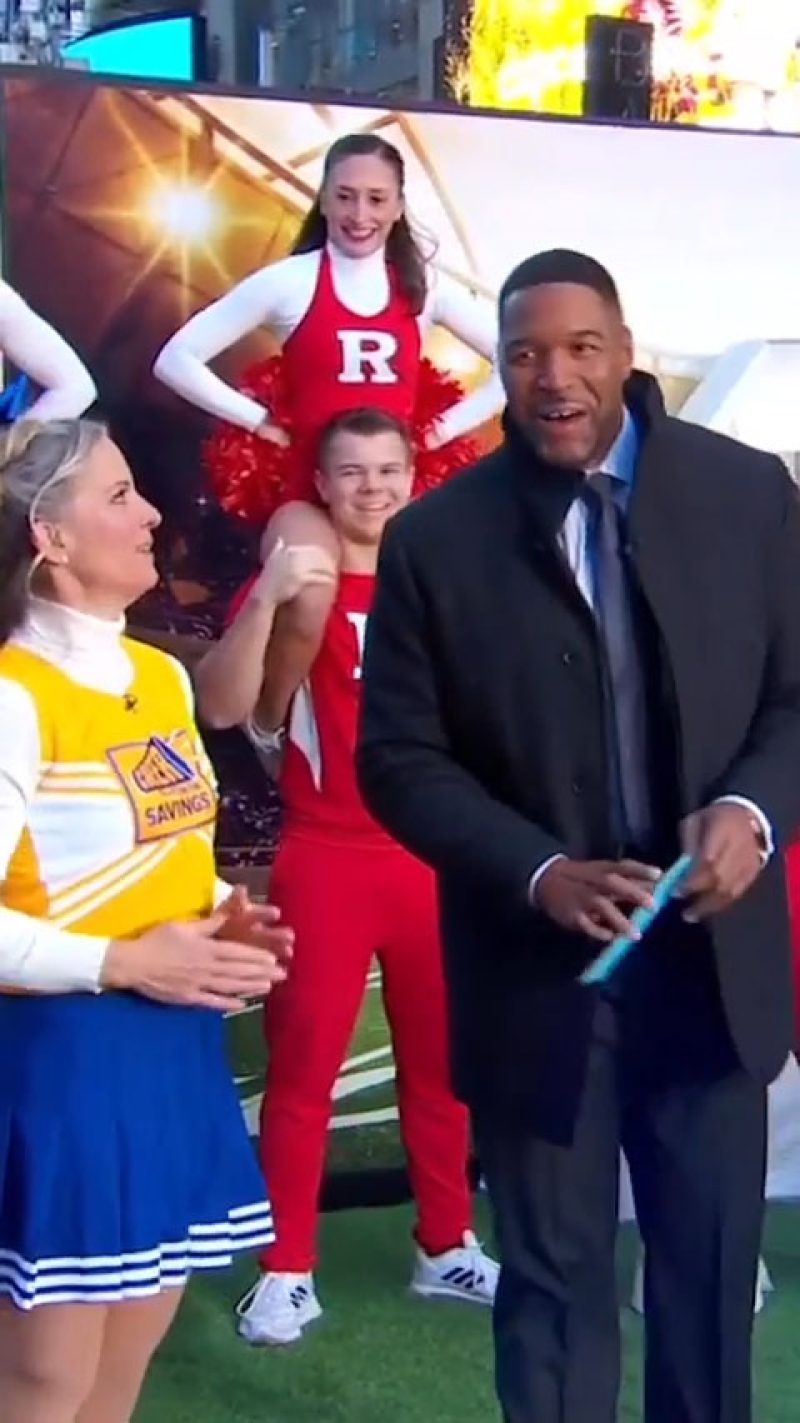 MICHAEL Strahan has struggled to catch his breath in a shocking moment on live TV.

The Good Morning America star has caught fans off-guard in recent episodes of the show.

Now Michael, 51, has struggled to catch his own breath after being spooked by a co-star.

He was joined by technology contributor Becky Worley who was dressed as a peppy cheerleader in honor of the holiday.

Michael announced her arrival, telling viewers: “Let’s bring out Becky Worley, there she is!”

The blonde journalist then popped out from behind a screen as she jumped and screamed at the top of her lungs.

The former athlete appeared shocked and frightened by her grand entrance.

“You kinda scared me when you came through there,” Michael admitted, laughing with a concerned expression on his face.

Earlier this week, the football player stunned fans when he yelled at A-list guest Patti LaBelle during her appearance on Good Morning America.

The 50-year-old NFL star and GMA host playfully screeched: “Patti!” after tasting a sweet potato pie the legendary singer had made for Thanksgiving.

Michael interviewed Patti, 78, during a segment in Wednesday’s broadcast of Good Morning America.

Patti said she prefers to make her own cranberry sauce, while Michael admitted to enjoying the relish from the can.

“Home freaking made!” Patti declared, to which Michael said, “I mean, I like them both, but I like the canned stuff, the ridges…”

Michael took that as his cue to try out her dish, which was on the table in front of him.

After his first bite, he yelled: “Patti! That’s what I like! Man, this pie right here is on point!”

The broadcaster has returned to viewers’ screens after more than a week spent away filming in different locations.

He sparked concern after shooting “terrifying” scenes with polar bears in Canada earlier this month.

Michael went on an expedition to see the animals during a segment on how their homes were under threat from the climate crisis.

TJ Holmes, Amy Robach, and George Stephanopoulos were all in the office during GMA’s broadcast.

Michael then jetted to Qatar to play a friendly game of football with military heroes at Al Udeid Air Base for NFL on Fox.