GMA star screams ‘she’s a killer!’ at Robin Roberts live on TV as host gets competitive during tense on-air game 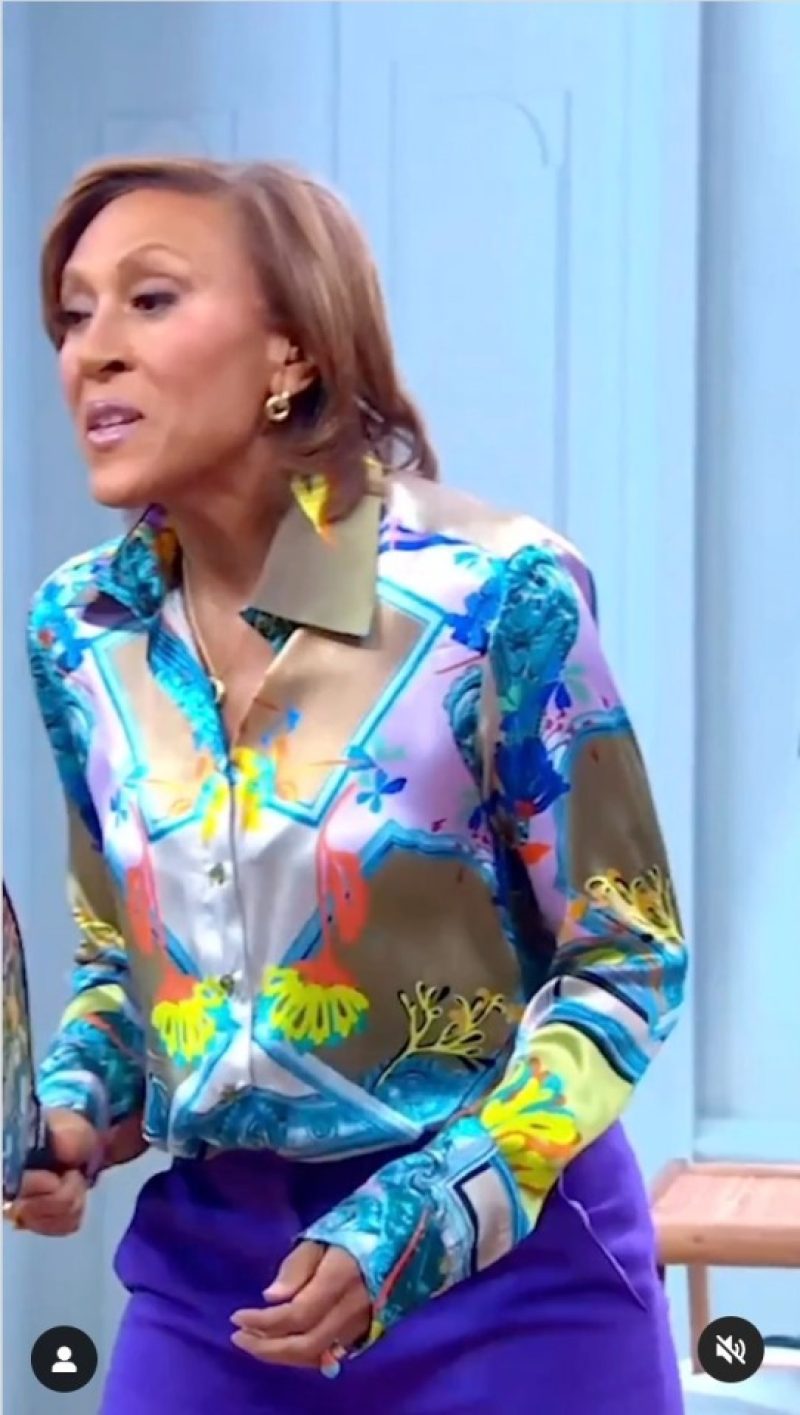 ROBIN Roberts has showed off her super competitive side live on Good Morning America.

The TV presenter, who celebrated her 62nd birthday on Wednesday, enjoyed a game of pickleball with Becky Worley in the studio and it got rather tense.

Pickleball is a racket/paddle sport that can be played indoors or outdoors and sees players, hit a perforated hollow polymer ball over a 36-inch-high net using solid-faced paddles.

The two women were playing the ball game in a part of the studio that was set up like a bedroom.

“You know it’s the rage, apparently it’s one of the biggest searches on Google!” Becky shouted out as she and Robin hit the ball back and forth.

And when Robin batted the ball pretty hard and it went flying into the corner of the studio, Becky screamed: “She’s a killer! She’s a killer I’m telling you!”

The video was captioned: “Nothing like a quick game of pickleball with @beckyworleytech and @robinrobertsgma to start your morning!” and GMA’s followers quickly commented on the post.

“Wow! So fun! GM,” one said, while another added: “Robin is a natural at any sport.”

Others wishes Robin a very happy birthday, and some Instagram users were distracted by Becky’s festive nightwear.

“Your pjs are the best!!!” someone said, and another commented: “Hey @beckyworleytech…love those slippers!”

Referring to Robin’s attire, a different person wrote: “
Robin, your blouse is beautiful.”

The former ESPN sportscaster looked radiant in the multi-colored silk shirt which she teamed with a pair of bright purple trousers.

To mark her special day, Robin shared a throwback family snap online and she looked unrecognizable in the picture.

Robin received dozens of birthday well-wishes from fans online and shared a photo from her niece Bianca on her Instagram Stories.

The throwback snap showed the pair beaming and it was captioned: “Wayback Wednesday.”

Robin replied: “My dear niece you still have the same beautiful smile.”

The morning show host revealed she had the “perfect ending” to a “wonderful” day.

She said that she made it to her “happy place” for a birthday meal and dessert.

She said: “Thank you for all the well wishes and love. Returning to you tenfold.”

Fans wished Roberts and her partner Amber Laign well ahead of the holidays in the comments section of the post.