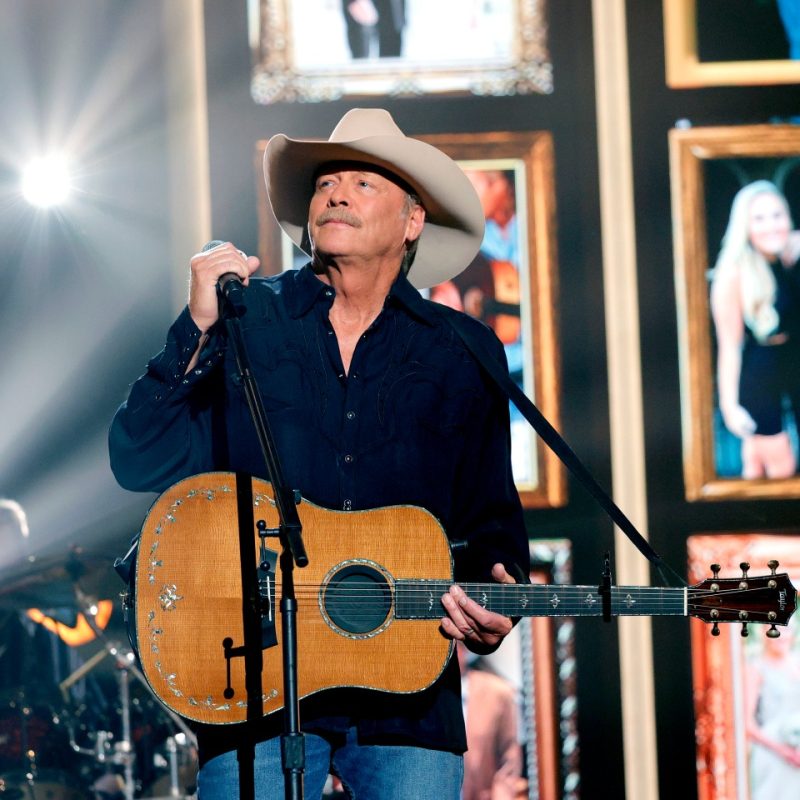 Jackson has been at the center of a death hoax after the website FNEWS2 featured a framed picture of the It’s Five O’Clock Somewhere singer with “RIP” written next to it.

The title, which reads – “6 minutes ago/with a heavy heart as we report the sad news of 64-year-old singer Alan Jackson” – started a firestorm as fans mourned the singer’s bogus death.

The site has previously circulated untrue reports of the deaths of stars like Bruce Willis, Denzel Washington and Dolly Parton.

Outside of a Facebook post from last week’s 2022 Country Music Association Awards, which Jackson captioned: “Still living that honky tonk dream ya’ll,” the singer has seemingly ignored the bizarre story.

Since the cryptic post, Jackson has shared a post celebrating National Jukebox Day, a video on how his followers can make a Good Time Punch cocktail, and a photo from one of his music videos.

On Thursday, he wished his fans a happy Thanksgiving.

However, as active as Jackson is on social media, non of his posts have addressed his death hoax.