Where is the cast of ER now? 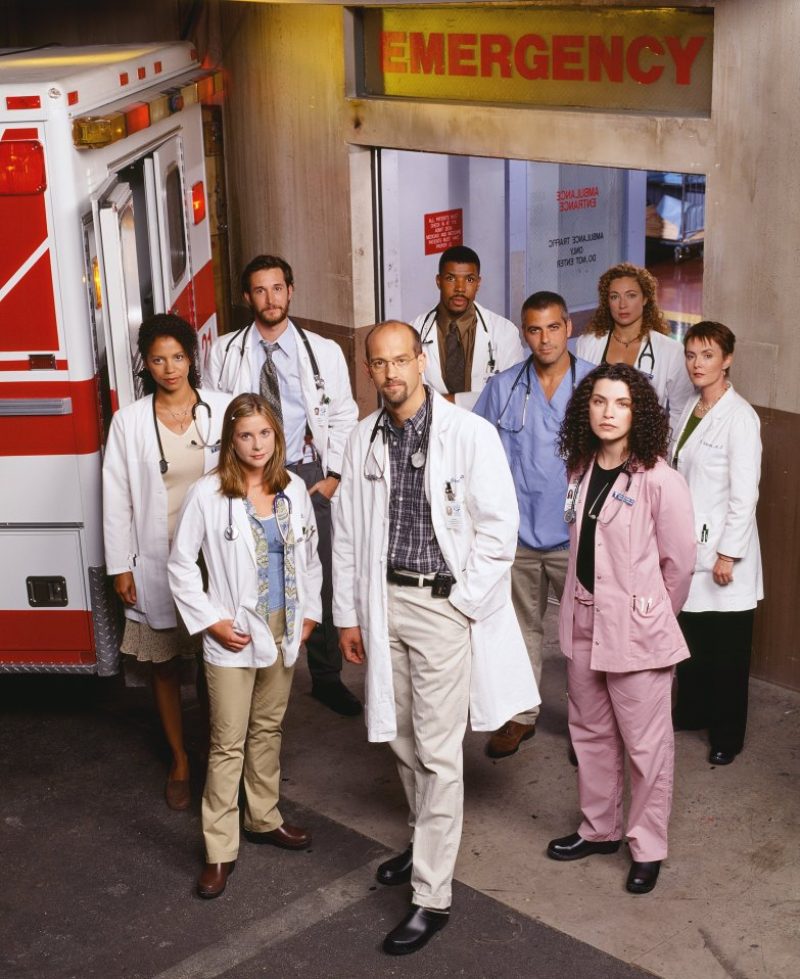 ER BURST onto the scene in the mid-90s and introduced the world to a young George Clooney.

But the now-megastar Clooney isn’t the only one to do well off the back off the hit NBC medical drama.

Where are the cast of ER now?

The show helped launch many of its stars’ careers, including George Clooney and Julianna Margulies.

Here we take a trip down memory lane to see where the original cast of ER are now.

More on where are they now?

From Rachel McAdams to Lindsay Lohan: the cast of Mean Girls then & now

George Clooney was a relatively unknown actor before he landed the role of the handsome young doctor, Doug Ross.

The show made him an instant star, and he left the show in 1999 to persue his movie career – although he reprised the role in ER’s final season.

The actor is known for the Ocean’s movie franchise, as well as the films O Brother, Where Art Thou?, The Descendants, and Gravity – to name but a few.

George was married to Talia Balsam from 1989 to 1993 before tying the knot again in 2014 with Amal Clooney.

Anthony Edwards was already famous before landing the role of Dr Mark Greene, as he played Goose in the 1985 movie Top Gun.

Anthony reprised his role for the 2008 episode Heal Thyself in flashback scenes.

While appearing on ER, the actor also had roles in The Client, and Playing by Heart.

After quitting ER he continued to work on the small screen, and had a recurring role in Law & Order: SVU.

In 2022 he starred in the hit Netflix series, Inventing Anna.

Anthony married his wife Jeanine Lobell in 1994 and they share four children.

Another ER star to make it big after leaving the show is Julianna Margulies.

She appeared on ER from 1994 to 2000, but made a guest appearance nine years after her departure in the season 15 episode called Old Times.

After leaving the show she had various guest roles in shows like The Sopranos and Canterbury’s Law.

But she landed on her feet in 2009 when she won the lead role in The Good Wife.

The show ran for seven seasons and was huge success, and even won the actress two Emmys.

Julianna married her husband Keith Lieberthal in 2007 and they share a son, Kieran.

Who can forget the handsome Dr John Carter, played by Noah Wyle.

He was on ER throughout the show’s 15 season run, and starred in 254 episodes – to be exact.

After the medical drama ended, actor Noah appeared in Below the Beltway, Queen of the Lot, Shot and Perfect Citizen.

The Los Angeles native also starred on Falling Skies as Tom Mason, The Librarians as Flynn Carsen and The Red Line as Daniel Calder before landing the role of Harry Sullivan on Leverage: Redemption in 2021.

Noah was married to Tracy Warbin for 10 years before they split in 2010.

Noah then married actress Sara Wells in 2014, and they share a daughter, Frances.

Like his co-stars, he made a quest appearance in the final season of the show in 2009.

After deciding to part ways with ER he starred in hit shows like 24, Covert Affairs and How to Make It in America.

Eriq has has also had a vey successful career behind the camera and has directed shows like The Night Shift, CSI: Cyber, Chicago P.D. and Law & Order: Organized Crime.