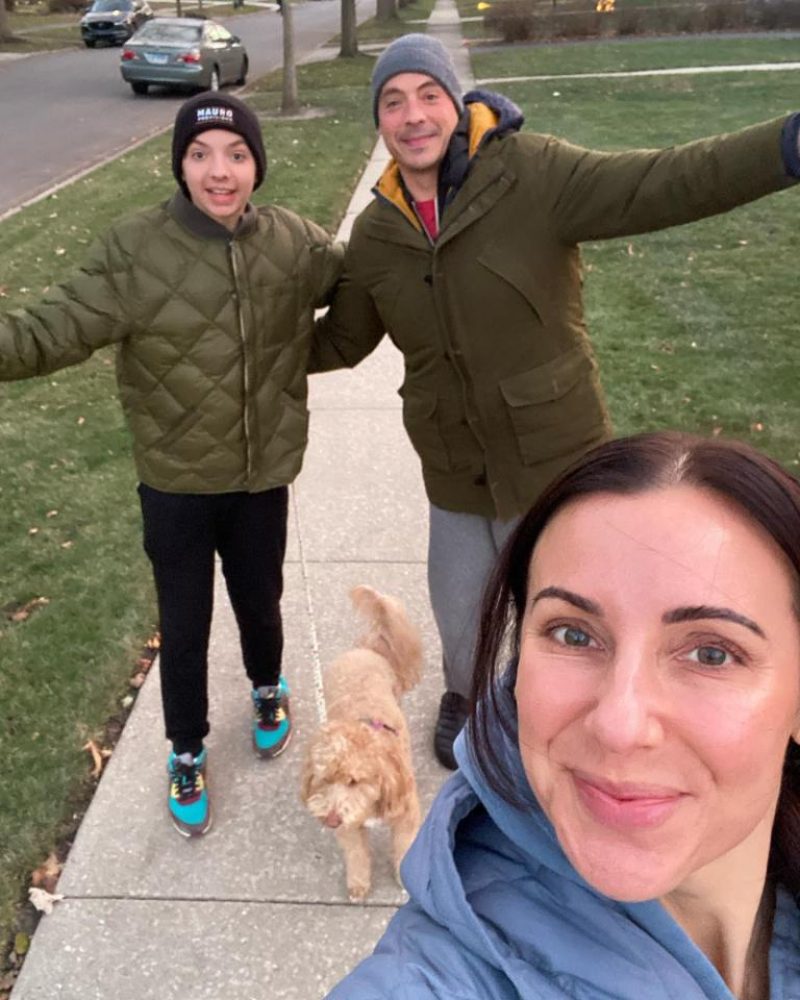 Mauro is a true family man, often sharing posts and updates about his wife, Sarah, and their only son, Lorenzo.

According to Jeff Mauro’s Facebook page, then-10-year-old Lorenzo was jogging in gym class when his femur snapped in two.

Jeff’s update read: “Turns out, he had a cyst on his bone that made the femur weak which caused one little step to turn into 3 days of pain, surgery & restless hospital nights.”

Jeff reassured his fans that Lorenzo would be okay, saying that his femur was now reinforced with plates and screws and that he was being released from the hospital.

He also said that his pathology was clean, meaning that the cyst on the bone wasn’t cancer.

READ MORE ON THE FOOD NETWORK

The photo with the update is a selfie of Jeff and Sarah with Lorenzo in the middle.

Jeff is pointing a crutch at the camera.

Jeff ended the post with a sentimental moment, stating: “One tremendous lesson from all of this: nothing matters more than health & family… Nothing…and Lorenzo is a BEAST.”

On a birthday tribute to his son on his birthday this year, Jeff said: “[Lorenzo] is such a smart, confident & naturally funny young man…I can’t stand it.”

MOST READ ON FOOD NETWORK


What are Michael Symon’s restaurants?


What to know about Michael Symon’s wife


Where does Katie Lee Biegel live?

“And now he’s 14, which basically means he is leaving us and going to college and will be married with children & a mortgage like, tomorrow. WOAH.”

According to Mauro’s wife Sarah’s Instagram, Lorenzo is now in the eighth grade and seems to be doing just fine following his accident back in 2019.

What is Jeff Mauro’s net worth?

According to a profile on Jeff Mauro by Distractify, his net worth is estimated to be around $2.3million.

This comes after the man behind the Food Network’s The Sandwich King and Kitchen Crash began to rise in fandom following his winning season 7 of Food Network Star.

I tried Kim Kardashian’s fave treatment, it can burn 300 calories, I was shaking

Jeff is also the co-owner of Prime Time Deli & Catering in Chicago, Illinois.

He’s also adding to his fortune with a merchandise shop.