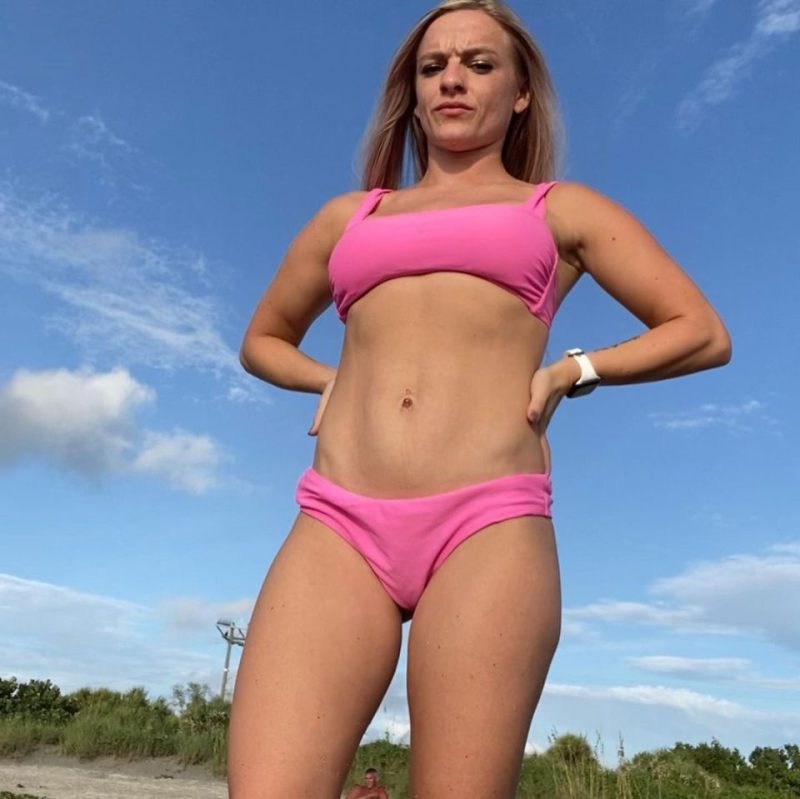 While the Teen Mom OG alum didn’t provide additional context to the post, it raised eyebrows as he recently gushed about his love life.

Earlier this month, the father-of-three posted a pic of his new flame, Haile, straddling him at a bar.

The MTV alum pressed his lips to her breasts, hiding behind her jacket and his baseball cap.

It came days after Josh’s girl shared a photo of the pair on her Instagram, revealing their relationship status.

Last week, Mackenzie spoke out about her ex’s newfound love and got vulnerable with fans about her and Josh’s failed relationship.

“So this is a video that a lot of you did not expect from me to make, but I am turning down about five interviews with the tabloids a day right now,” she began in a TikTok video.

“So, as many of you know, my husband, who I am separated from, is in a serious relationship, and they have decided to put it out there,” she explained.

“Obviously, everyone is asking me questions, and I am here to be open and honest. If you don’t know about my story, I got married at 18, and I was married for almost 10 years, and we have three kids together.”

Mackenzie continued: “Two of the main questions that people seem to ask is it hard watching him move on?

“And the answer is absolutely not. I was very unhappy for a very long time. I was very miserable. I was living with a lot of anger, resentment, and bitterness in sticking up for him, so I didn’t look silly for being with him.

“When we separated, the first thing I did was work on myself. I’m going to spend a lot more time. I promised myself a year of being single,” she admitted.

“I have healed a lot, and I am living to my full potential. You cannot live to your full potential with someone you are not happy with.

“It doesn’t mean he’s a bad person or I’m a bad person. We’re just not the people for each other.”

The Teen Mom star added: “You know what the first thing I did was? I got on my hands and knees, and I prayed for him and his future spouse.

“That she can love our children, that she can respect our co-parenting relationship, and that they can be happy together.

“So whoever he’s with had a friend in me and someone who prays for them before she even knew it,” she claimed.

“So I am simply happy for him because I am healed. And healed people don’t care to take people down.

“And the second question is, how do you feel about her? And how I feel is as long as she’s respecting me, I’m going to respect her.”

Mackenzie continued: “I’m the baby mama that can just be your friend, invite you in my house, love you and love your children, and hopefully me and you can have a healthy relationship.

“And last but not least, you cannot break a healed woman. You can’t make her jealous. You just can’t budge her. So there’s my answer,” she closed.

Mackenzie and Josh decided to part ways in July after over a decade together and three children: Gannon, 11; Jaxie, eight; and Broncs, six.

The 28-year-old seems to be in good spirits lately as she has also moved on with a new lover, Dimitri, whom she hard-launched in September.

Additionally, the young mom focused on training for the New York City Marathon, which she completed on November 6.

In a video she posted on Monday, Mackenzie flaunted her fit physique while performing gymnastics tricks at a facility in Florida where she resides.