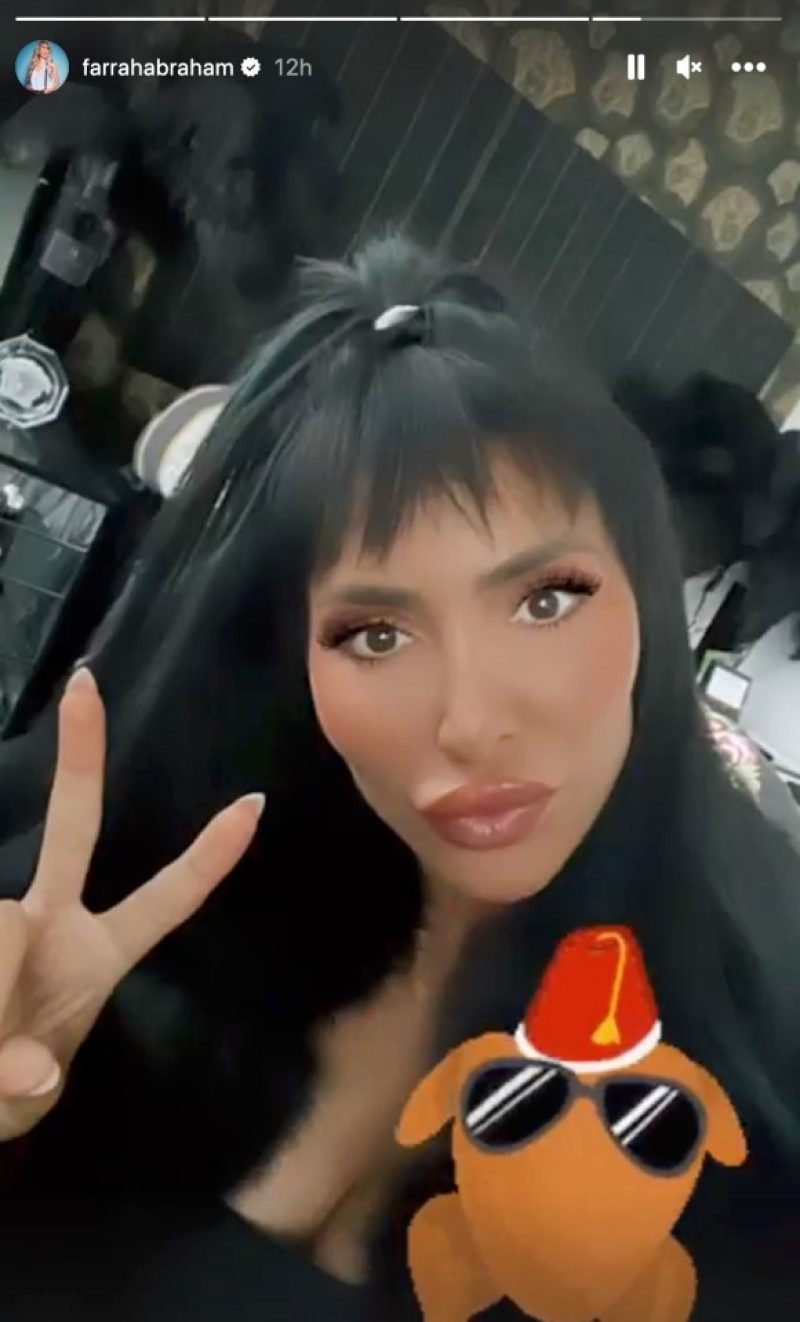 FARRAH Abraham has left fans ‘scared’ after showing off her new hairstyle on Instagram.

Farrah, 31, shared a selfie late Tuesday night in which she pouted for the camera and pulled a peace sign.

However, her followers were more interested in her hair transformation as she showed off some new bangs.

Sharing a screenshot of the selfie on Reddit, one person said: “Sorry but those bangs look awful, did she cut them herself?”

Others quickly commented on the thread as one user wrote: “Oh no Farrah,” and another added: “her hair is making zero sense to me.”

Someone else begged: “Dear Farrah, Please stop using your “Farrah filter” . It scares us. Thanks,” and another claimed: “She looks like she’s trying for an anime look now.”

A different Reddit user said: “I’m convinced it’s just a sh*tty wig,” while another critiqued: “The cut and the color are not doing her any favors. She looks f*cking awful, like the worst she’s looked in a long long time!”

Other people compared her new look to Courtney Cox‘s character Gale Weathers in the horror movie Scream 3, and Winona Ryder’s look in the hit 1988 movie Beetlejuice.

Another person accused Farrah of trying to copy her teenage daughter Sophia’s look.

And someone else replied: “My thoughts exactly. She’s seen people loving her daughter’s style, and she’s being gross about it.”

Just hours before sharing the selfie, Farrah shared a video of herself going shopping as she bragged: “It’s raining Farrah Abraham money!”

But fans are not impressed with her use of filters and in a separate Reddit thread, they ripped the reality TV star once again.

“Does she not understand this filter is so cringe,” one person asked.

Another said: “Very disturbing,” while a third person admitted: “That’s terrifying! I actually dropped the phone when I saw her face.”

It comes after Farrah clapped back at a critic who claimed she’s undergone too many plastic surgery procedures.

The 16 and Pregnant alum posted a lengthy message to her Instagram page earlier this week.

Farrah screen grabbed the person’s comment, which read in part: “The surgeries are aging you quick quick.”

The Teen Mom OG alum posted the comment along with her clap back to her Instagram Stories.

Farrah wrote: “Oddly you commented on a filter about surgeries…the stupidest online attack I’ve ever read in my life because ppl are upset I have subscriptions and they don’t.

“Honestly thank you all for showing yourself how much personal work you all need to do. Go focus on yourselves and stay off the internet so you can figure out what self care is.”

Farrah then commented further in her Stories, writing: “When haters are upset about subscriptions they talk about surgeries when it’s a filter… WTF emotional abuse much?”

She also used a sticker that read: “Too woke to joke.”

To further her case, Farrah then posted another Instagram Stories featuring several selfies she had posted while using filters.