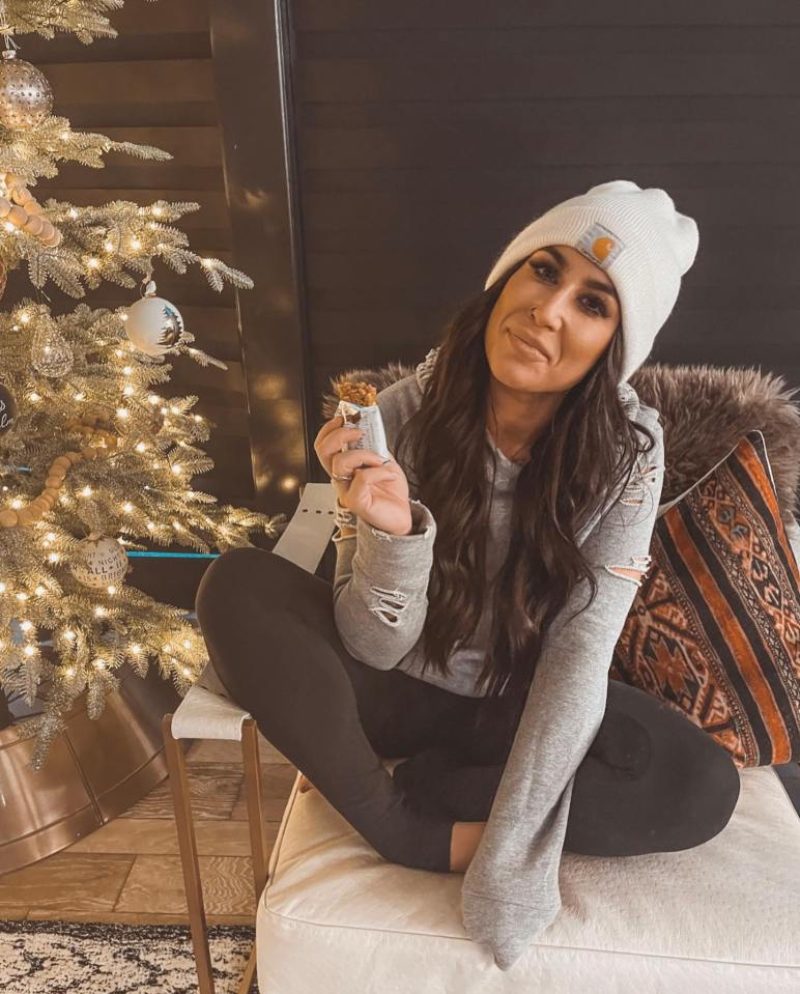 TEEN Mom Chelsea Houska has been criticized by fans for seemingly using her son to promote a product in a new post.

The reality star caused an uproar after a recent post she shared with her 4-year-old son, Watson.

Instagram/ chelseahouskaChelsea posted a photo of her and her son, Watson, to boast about Duracell batteries for an ad[/caption]

On Tuesday, Chelsea, 31, took to Instagram to post a photo of her cuddling with her only son.

The mother-son duo posed for the shot while sitting in front of the lit-up Christmas tree.

The TV personality donned flannel pajamas and her long brunette hair tied back with a large clip.

Watson – sporting gray sweatpants and a brown t-shirt – smiled in his mother’s arms as she kissed him on the forehead.

However, fans were thrown off by the sweet photo after noticing Chelsea holding a package of Duracell batteries in front of the toddler.

Her caption also boasted about the product, highlighting the brand’s Lithium Coin Battery as a safer option when children are present.

The mom-of-four wrote: “Christmas and decorating for Christmas is literally my favorite. I love the lights, the faux flame candles, the decorations.

“Since becoming a parent I have been very aware of the batteries that go into these devices. They are small coin batteries that are a choking hazard if your child tries to put them in their mouth.

“So I felt a sense of relief with I learned @duracell made a Lithium
Coin Battery with child secure packaging and a bitter coating, so that if one of the kids did get a hold of it and put the battery in their mouth, it would help discourage them from swallowing.

“I love that Duracell makes these because it puts my mind a little more at ease (as much of ease it can be at as a mother of 4!). Look for the bitter face icon on the Duracell packaging and be sure to take the Duracell Power Safely Check Quiz to learn more about lithium coin battery safety. #holidaysafely #duracellpowersafely #ad.”

Despite the Teen Mom 2 alum’s attempt to encourage child safety, fans were not impressed by her message.

The post circulated on a popular Teen Mom forum, where users bashed Chelsea for using her son to advertise the product.

“I’ll take a picture with my kid for a Duracell check. It’s not hurting anyone,” one person commented, apparently sarcastically.

“I thought this was going to be a PSA about button batteries and how dangerous they are, but nah…. She’s shilling for Duracell. How disappointing,” remarked another.

“Everything is an ad with these people,” wrote a third.

“Mommy & me ad for batteries so sweet,” said a fourth, while a fifth added: “She will do almost anything for a check.”

And one more wrote: “Doing an ad for Duracell by using innocent kid… bit tacky for my taste. I hope at least money goes to his college fund or smth.”

Chelsea shares Watson and her daughters, Layne, five, and Walker, one, with her husband, Cole Deboer, 34.

She is also a mom to a 13-year-old daughter, Aubree, with her ex-Adam Lind, though he is not present in the teenager’s life.

Chelsea left her post on Teen Mom 2 in 2020 out of concern for her daughter’s privacy as she got older.

However, critics have recently accused the MTV alum of “ignoring her kids” after leaving them behind on multiple occasions to party with friends.

Last month, Chelsea shared in a silly video that she left the kids with Cole while she went on a girls’ getaway.

The post garnered a slew of comments from haters on an online thread about her parenting.

One wrote: “Wtf is she constantly going on these girl trips? All my friends have young kids, and I’ve hardly seen them since they’ve been born because they’re all glued to mom duty 24/7.”

Another critic wrote: “I don’t know, I get a vibe from them that if he tried going away with his friends [if he has any]. She’d flip out. Not in a sense that he’s not allowed, like she’s toxic. But in a sense that if she were left to deal with the kids and animals for a few days, she’s freak out old school Chelsea style.”

A third hater commented: “No, really though, [every time] someone posts Chelsea, she’s on a girls’ trip. Like, when does she actually parent? Lmfao.”

Chelsea and Cole also ditched the kids recently to attend a boozy wedding bash and for a date night at a restaurant.