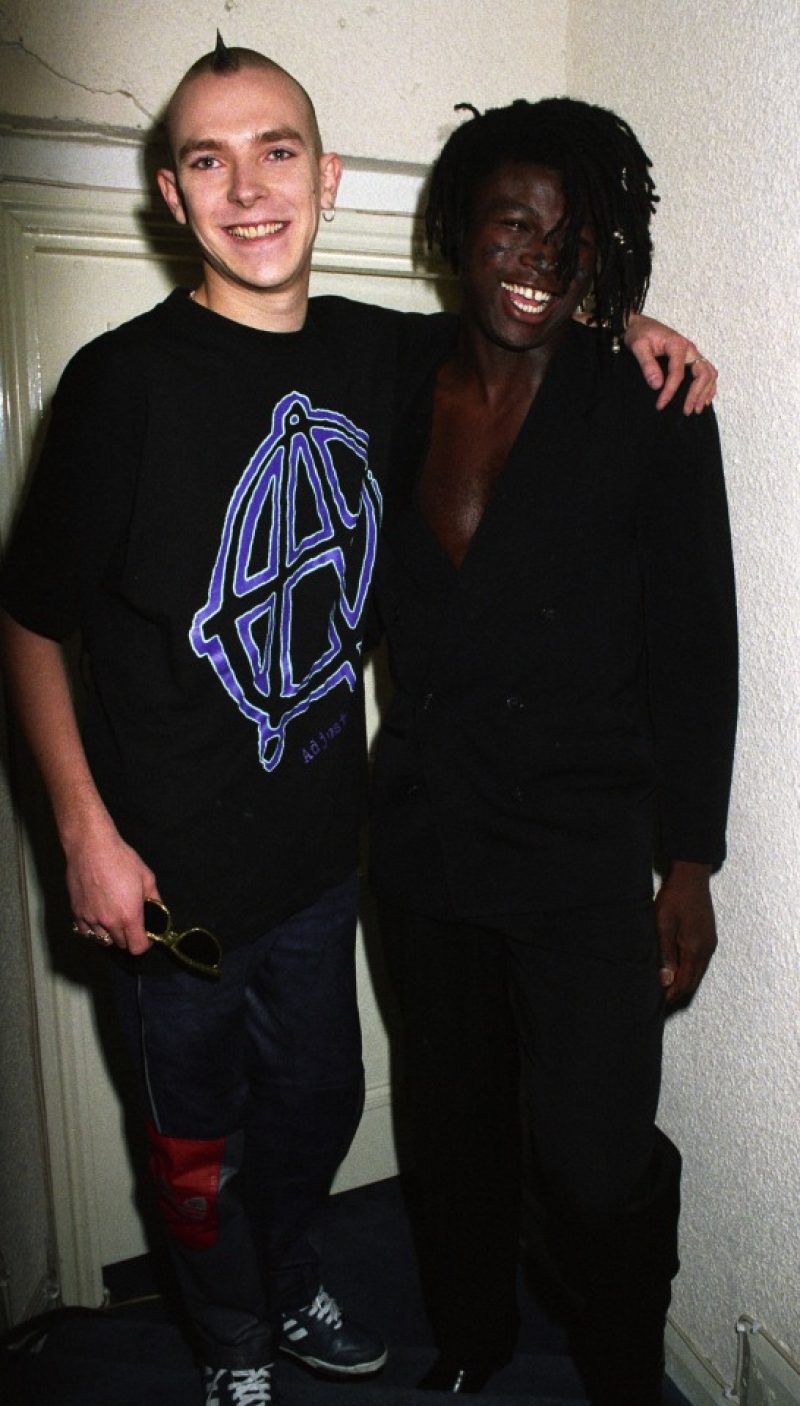 ICONIC 1990s DJ Adamski has been spotted looking totally different with a blue beard 28 years after his number one with Seal.

The musician – whose real name is Adam Paul Tinley – hit the big time after his dance collaboration with Seal, 59, in the 1990s.

Adam, now 54, used to sport a full head of bright blonde hair – and was often seen with a backwards cap during his rise to fame.

The youthful DJ had a clean-cut, freshly-shaved look as he often accessorised with earrings and baggy clothing, as per the 90s style.

He later went on to shave his head, appearing with a buzz-cut during his collaboration with Seal for the release of hit song Killer.

However, now the star has been seen looking totally different, with a full face of facial hair which is often dyed in bright colours.

Adam recently bleached his facial hair yellow, before trimming it and changing to a shade of blue, as well as completely shaving his head.

The 90s icon now has a cross-shaped tattoo on his forehead in blue ink, and looks noticeably more mature compared to his DJ days.

The DJ also sports a nose ring, and is often photographed wearing large chains and covering up his bald head with a beanie.

Adamski released his hit single Killer in 1990, before going on to have a second follow-up single titled The Space Jungle.

However, he disappeared from the charts shortly after as he failed to recreate any further breakthrough singles.

It comes after Adamski resurfaced in 2020 when he claimed that ex-Prime Minister David Cameron was a raver at acid house clubs.

The chart-topper said the country’s former leader was a regular during the hardcore dance scene of the 1980s.

Adamski met singer Seal at London club Solaris, and would go on to make 1990 No1 Killer – but also met young researcher David.

He told Classic Pop Magazine: “Apparently, David Cameron used to go to Solaris.  gather he’d lurk about in the corner with a big baseball cap on, gurning.”

Solaris was “aimed at hardcore ravers who had been out all Saturday night and wanted to carry on”.

At the time, Cameron would have been working for the Conservative Research Department after graduating from Oxford.