Wendy Williams’ brother slams her for ‘partying with 25-year-olds’ & demands ‘what the hell are you doing?’ after rehab 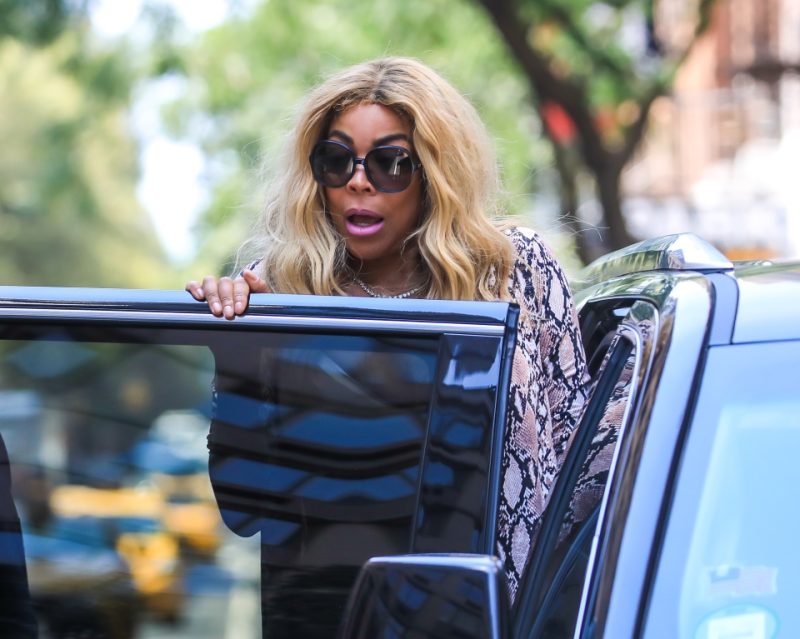 WENDY Williams’ brother Tommy slammed his older sister for partying with 25-year-olds and demanded “What the hell are you doing?” after the former TV host left rehab last month.

In an exclusive interview with The U.S. Sun, Tommy 54, expressed his pain and frustration with Wendy, 58, and said her lack of communication with her family raises serious questions about what she has been up to post-rehab.

“I have no belief that Wendy is doing as well as she was doing when she was down here, in Florida,” Tommy claimed before weighing in on her New York situation: “I know there are evil-doers lurking about.”

The host’s younger brother continued about her lack of communication with her family: “With her absence comes questions, and scrutiny: How is she living, what is she doing and what the hell is she up to?”

“I was right there with her during the dark times many moons ago, and I think about this constantly- she going back to times before she was married. She’s going backward,” the 54-year-old added.

“As we grow, we grow wiser- we go on with life,” Tommy said before again seeming to direct his statement towards his sister: “Ensure the bag for yourself. You can’t go back. What are you going to do, go back and do the things you have already done?

“You’re going to find some 18 or 25-year-olds to hang out with? I saw photos of her a little while back at some club. What is she doing?,” Tommy said of her strip club outing over the summer.

“We entered drugs and alcohol simultaneously as kids, messing around like ‘Try this, hey try that.’ I would be a great resource because Wendy & I went through some real things in our lives including Wendy’s stardom and the venues we’ve been in.

“To be honest, I want to talk to Wendy and talk her off the ledge of whatever she is doing,” the host’s younger brother said, and added: “I’m simple and I speak the truth.”

“And if she does, I want to say to her- let’s get to work on this thing- let’s stop wasting time,” the host’s brother added.

A close family friend previously claimed to The U.S. Sun that Wendy, 58, last spoke to her son Kevin Jr. before she left a Malibu rehabilitation facility over a month ago.

“Wendy has not reached out to her son since she left the rehab. While she was in treatment, they were talking but the minute she got out the communication stopped,” the insider alleged.

“Kevin has been through hell this year with everything going on with his mom. It breaks his heart that things seemed to be going well while she was in rehab, but as soon as she got her freedom, she hasn’t reached out to him since.”

The source said: “Kevin has been trying to stay focused and finish up his last year of school, but it’s been challenging having to deal with everything going on with his mother.”

As The U.S. Sun previously exclusively reported, Wendy and her son have had a tumultuous relationship this past year.

A year ago, Kevin Jr. gave his TV star mother some tough love and told her to get help, or he would be out of her life.

A source close to the family claimed at the time: “Wendy’s relationship with Kevin Jr. has been strained. He gave her an ultimatum. He told her he won’t be in her life unless she fixes herself.”

At the start of 2022, Wendy fans recalled that it was Kevin Jr. who had taken the reins of helping his mother heal in sunny Florida after she was seen throughout fall 2021 in New York City in a wheelchair.

Wendy, who was absent for the entirety of the last season of The Wendy Williams Show as she battled various medical crises, left New York and spent time with family – including Kevin Jr. – in Florida from January till March before returning home.

Several sources had told The U.S. Sun that Wendy seemed to thrive in Florida surrounded by loved ones.

Once she returned to New York, Wendy, who had previously claimed she was sober, had a number of public incidents involving alcohol before she checked into rehab for severe alcoholism in August.

“Alcohol has been a real struggle for her over the past several years. She is battling severe alcohol abuse mixed with serious health issues,” one insider close to the star claimed about her rehab stay.

She was allegedly being treated for “extreme alcohol abuse. There are no other drugs involved. She has had numerous doctors who have told her for years ‘If you drink, you’ll die.’ She never really wanted to stop and the people around her in New York have allowed her to keep drinking.”

Wendy was absent for the entirety of her final season of The Wendy Williams Show as she battled a myriad of health issues, including Graves’ disease, lymphedema and substance abuse.

Her longtime production company, Debmar-Mercury, announced that her show was officially canceled earlier this summer, and that Wendy’s time slot would be going to her former guest host, Sherri Shepherd.

Wendy previously claimed that she is launching a podcast, though it is unclear if any episodes have been taped as of yet.

Meanwhile, the troubled star has had no clear income coming in and she has not had full control over her bank accounts since January.

Wendy was placed in a financial conservatorship in May.