Todd & Julie Chrisley’s son Grayson, 16, is ‘suffering the most’ after parents sentenced to prison and car crash injury 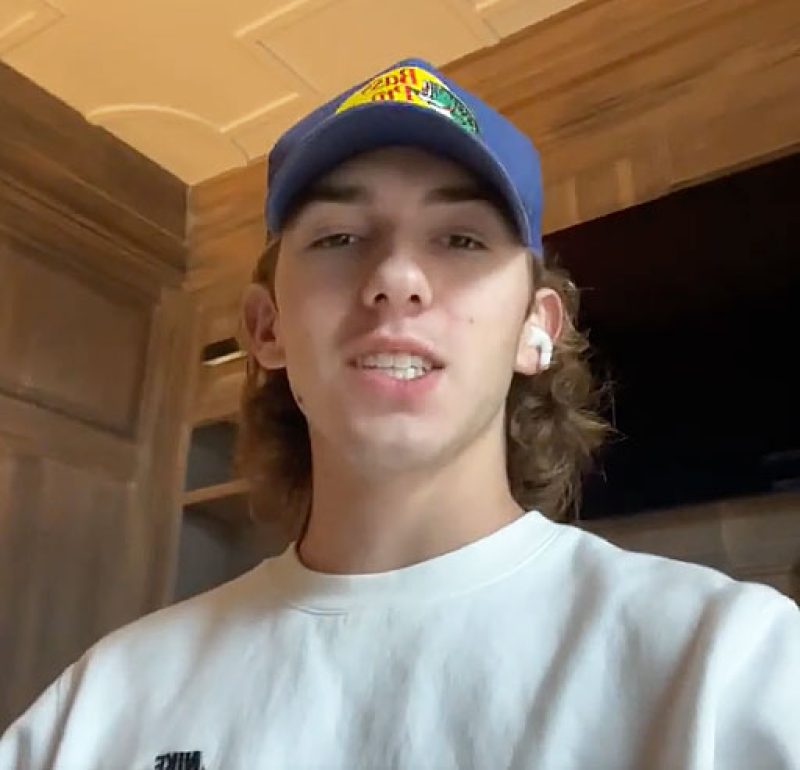 GRAYSON Chrisley, son of Todd and Julie Chrisley, was involved in a car crash earlier this month and has since been “suffering the most,” given his parents’ verdict.

GettyJulie and Todd Chrisley were sentenced to a combined 19 years in prison on Monday, November 21[/caption]

“Emotions are just all through. Everyone in the family is very upset, especially the kids,” a source told The U.S. Sun about the family’s reaction.

“Todd and Julie are still in shock, but overall, everyone is completely devastated.”

A few days prior, Grayson was involved in a serious car accident that occurred on I-65N highway in Nashville, Tennessee.

Read More on The Chrisleys

Among all five of the Chrisley’s kids, their youngest son is handling the sentencing news “the worst.”

“Grayson is handling this the worst. He’s having the hardest time,” the source added.

“He’s the one who’s most impacted. He’s the youngest and has the most to lose. He doesn’t have anything, career-wise, to fall back on.

“He’s still in high school and staying busy with his extracurricular activities like weight training and playing baseball.”

On Saturday, November 12, Grayson was involved in a car crash in which both drivers “suffered injuries,” Nashville police confirmed to The U.S. Sun.

Grayson suffered a head injury and was “unable to recall anything from the accident.” He was transported to the hospital by an ambulance.

“He’s handling this as best as he can, but is not doing well,” the source said.

“He is still recovering. He could possibly have a concussion but it’s not been confirmed. He’s home resting.

“Because of what’s going on with his parents and not thinking clearly, that’s what I think the cause of it was. But only he knows.”

Given that Todd and Julie are expected to be away at the same time, Savannah will be the primary caretaker of Grayson and Chloe.

She revealed in her latest podcast, Unlocked with Savannah Chrisley on PodcastOne, that she will have custody of both kids while her parents are behind bars.

“That’s the hardest part is me trying to navigate how you teach two younger children who aren’t fully developed yet and how to get them to understand the circumstances,” she said. “That’s a really, really difficult thing.”

Their accountant, Peter Tarantino, was sentenced to three years in prison after being found guilty of filing two false corporate tax returns.

The family will be spending the holidays together and spending as much time together as possible before they turn themselves in.

“They’re not even thinking about the prisons they’ll be at. It is what it is. They’re still taking it in,” the source added.

“These are minimum security prisons, white collar type, so it’s not going to be like Rikers Island. They’re going to have all of the amenities- it’s like the Hilton of federal prisons.”

The source believes that the Chrisleys will still stick together, as they have in the past, through thick and thin and will still communicate.

“They will be able to send letters. They can’t send a letter directly from facility to facility, but they can communicate through third parties like calling home and having them deliver the message.

“I really do think they’ll still be married by the end of this, but it’s going to be a hard road ahead.”

Both of the family’s shows, Chrisley Knows Best and Growing Up Chrisley, have already been cancelled, according to Deadline.

GettyJulie and Todd’s show that made them famous, Chrisley Knows Best, has reportedly been cancelled[/caption]

NBCU Photo Bank/NBCUniversal viaThe Chrisleys will be spending the holidays together as a family before both parents turn themselves in on January 15, 2023[/caption]