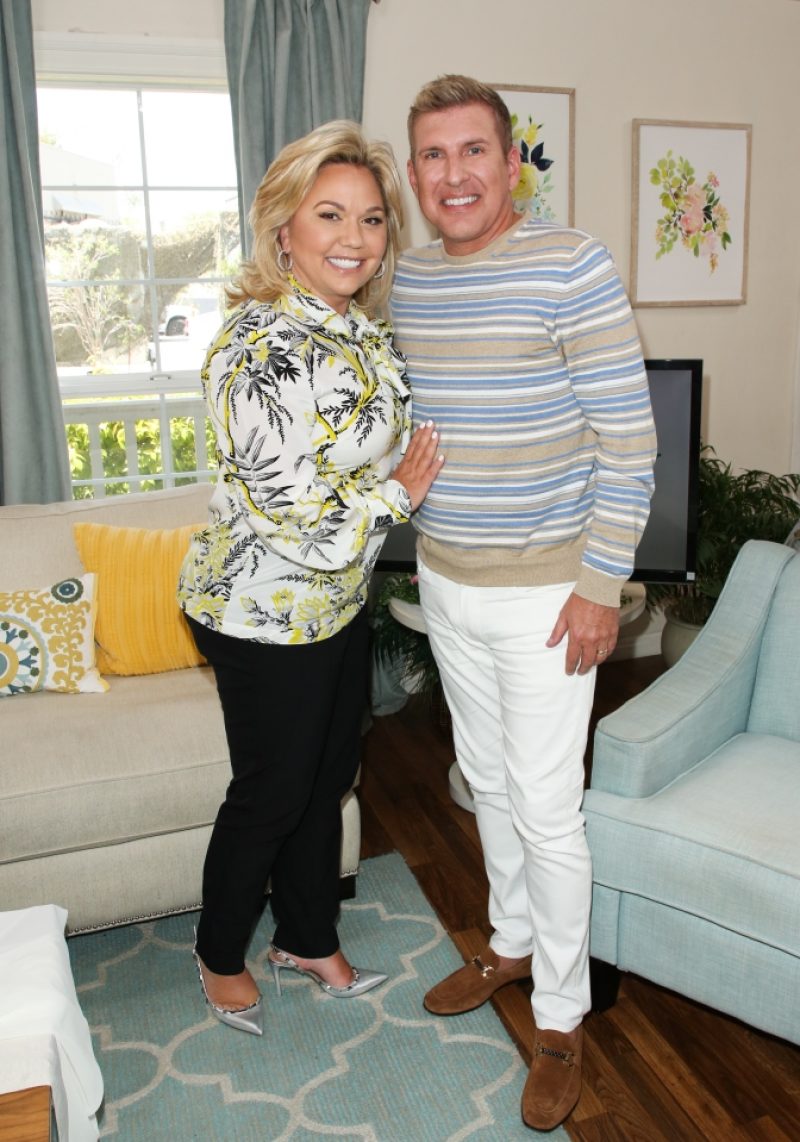 TODD Chrisley’s daughter Lindsie has been slammed by fans for her reaction to her parents prison sentencing.

Todd and his wife Julie were found guilty on charges of criminal bank fraud and tax evasion earlier this year and sentenced to significant jail time.

On Monday, 53-year-old Todd was sentenced to 12 years in prison, as well as 16 months probation.

As for his wife Julie, 49, she will have to spend the next seven years in prison, including 16 months probation, too.

Back in June 2022, the Chrisley Knows Best stars were found guilty of tax fraud, and faced up to 30 years behinds bars.

The famous couple had been accused of evading their taxes from 2008 to 2016.

After the ruling, Lindsie Chrisley, the estranged daughter of Todd and the step-daughter of Julie, posted a video to her Instagram Stories of herself drinking in her kitchen.

The video shows her drinking straight from a bottle, with the Lil’ Jon song Snap Yo Fingers playing over it.

She captioned the video: “Mind ya business,” with several emojis.

The former reality star has since deleted the post, but not before fans took a screen shot and posted it to a Reddit discussion board.

The screen grab was posted to a thread titled: “Imagine your parents just got the most devastating news of their life, your minor siblings are losing their parents and you’re on IG posting videos of you dancing and drinking… bad bad move.”

One person questioned: “This shocks me, is she actually celebrating their sentences?”

“If she wants to drink her sorrows away then do that. But posting a video of you laughing and dancing hours after your parents got the worst news of their life is a really bad look,” wrote another.

Another questioned: “Wait I thought they reunited?! This family is NUTS.”

“They did. That’s why this seems even more disrespectful. Idk what’s going on but on her podcast she did say she would be taking the time to be with her family this week,” a fan responded.

She wrote at the time: “I know most of you are expecting to hear from me on my podcast this week as I took time to be with my family last week.”

The 33-year-old continued: “The verdict is not what I had hoped or prayed for, and I am deeply saddened for myself, my son, and my family as a whole.”

“Please pray for us during this difficult time and I know that I will be back when the time is right,” she added.

The TV star concluded: “Thank you for your continued love and support.”

The family drama can be traced back to 2019 after Todd and Julie reportedly turned themselves in to an FBI office in Atlanta hours after they were indicted for federal tax evasion charges in August of that same year.

Todd and Julie walked into the courtroom shackled, but walked out “vowing to fight,” WBS in Atlanta reported at the time.

“We stand in our faith, and we stand in what we know is right. We are fortunate to have the counsel that we have, and our family will stick together, and we’ll walk this road because we know that the good Lord will hold our hand and take us through,” Todd expressed.

The two had pleaded not guilty on all charges and maintained their innocence.

Todd had even claimed that he and Julie fell victim to an ex-employee who somehow convinced federal agents to go after them.

“To get revenge, he took a bunch of his phony documents to the U.S. Attorney’s office and told them we had committed all kinds of financial crimes, like tax evasion and bank fraud…” Todd claimed on Instagram following the accusations.

That same month Todd and Chrisley were hit with the charges and accused of conspiring to defraud “numerous banks” by giving the institutions false personal financial statements and other information while getting millions of dollars in loans, the US Attorney’s Office for the Northern District of Georgia said.

The pair’s conviction comes just two days after their 16-year-old son Grayson was taken to the hospital with “severe injuries” following a highway crash.