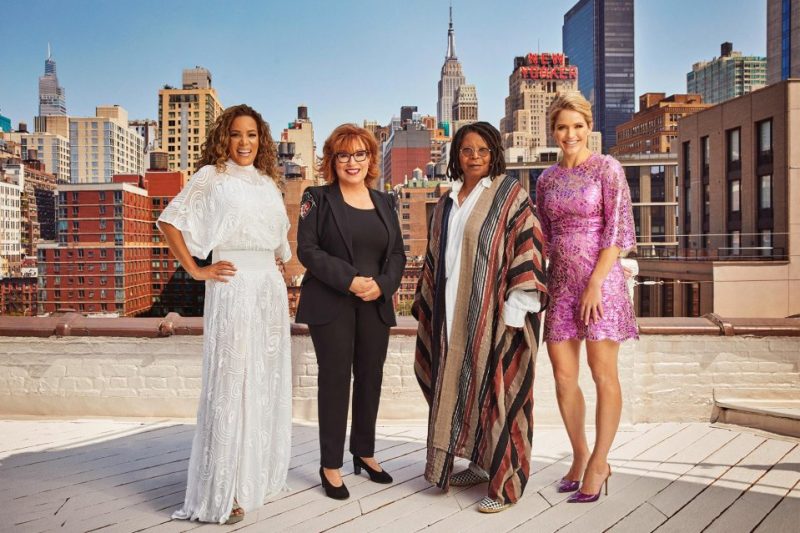 THE VIEW stars have revealed which cast member is the worst at keeping secrets.

During Tuesday’s episode of the show, host Whoopi Goldberg brought up the topic of secret-keeping.

The comedian referenced how the Spice Girls recently shared that they don’t ever tell secrets to Scary Spice because she always spills the details.

Whoopi, 67, then asked who among The View panel is the worst at keeping secrets.

Sara Haines explained: “Not because it’s a secret but you take everything with the same warning.

“So you end up saying something not realizing that it wasn’t meant to be repeated.

“So if you’re told you might just say it,” she closed.

Earlier in the same episode, Joy shaded her co-host, Sara Haines, in an uncomfortable moment on live TV while discussing telling secrets.

Sara reminisced on her childhood, telling her co-stars that her family used to call her “leak.”

“Yeah and it was misplaced cause my dad is the leak but the problem is he’s the type that you tell him a secret like I was pregnant and I told my mom and dad.

“He proceeds to tell two of my siblings and our nanny at the time.”

Sunny Hostin then chimed in: “Well you have to do that.”

But Sara continued: “He just burst out and I’m like, ‘That’s our news,’ and he’s like, ‘Oh, we weren’t supposed to talk about that?’

“And I’m like, ‘Yeah dad you’re not supposed to talk about that.’”

Before she could finish her thought, Joy jumped in, saying: “Oh he’s old, leave him alone. Let him have his fun, the poor guy.

“They were just so happy you were pregnant,” the TV star said, with a disgusted look on her face.

Sara replied: “No but it wasn’t enthusiastic it was just like word vomit that came out.”

Joy then rolled her eyes as she looked at the rest of the panel to change the topic.

This wasn’t the first tense moment the duo shared on-screen, and just last week they had another awkward moment following an NSFW comment made by the comedian on live TV.

Sara Haines whined that her co-host just “had to go there” before the network cut to a commercial.

On last Thursday’s show, The View panel talked about a woman who went viral on Tiktok for talking about her dating strategy, dating three people at the same time.

After the introduction, Joy joked that she’d love to date people, but her marriage gets in the way.

Joy, Sara, Ana Navarro, and Alyssa Farah Griffin discussed the topic for a few minutes before they had to cut to a commercial.

They went on to talk about being intimate with each person they went out with when Joy made an NSFW comment.

“You know, to bring an old story back, if you’re sleeping with three of them, then you have to fake orgasms for three of them,” she said.

However, Sara seemed uncomfortable as she said: “How did we go there? Um, what I was going to say was-.”

Joy interrupted her and chimed in: “I think we’re finished with this conversation. We’ll be right back.”

Ana, 50, could be heard saying: “Thank God for small favors,” before the commercials ran.