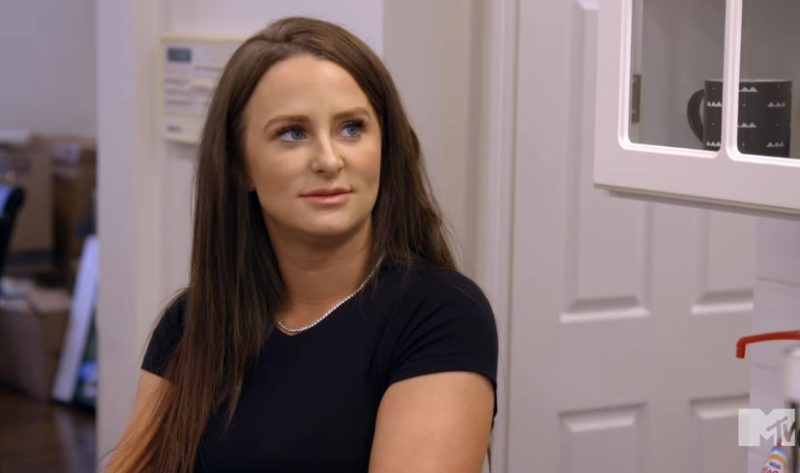 LEAH Messer has reacted to an “uncomfortable” video of her former fiance Jaylan Mobley meeting her ex-husband Corey Simms.

Jaylan – who Leah split from in September – played golf with Corey in the latest episode of Teen Mom: The Next Chapter.

MTVJaylan and Corey played golf together on Teen Mom: The Next Chapter[/caption]

In the scene, Corey – who shares twins Ali and Aleeah, 12, with Leah – broached the topic of Jaylan’s relationship with Leah.

He said: “It seems like your latest relationship is going pretty well. Y’all still going good?”

Jaylan, 25, replied: “Yeah. Things are getting pretty serious between us.

“Last year in Costa Rica, we started dating. So this year I’m gonna surprise her with a trip back to Costa Rica and I’m probably going to propose to her.”

Corey smiled and said, “I hear you,” before pausing and adding: “Congratulations. That’s awesome. That’s good.”

Jaylan replied: “I’ve put a lot of thought into it. I just like it, dealing with her and all the girls. I’m just thankful to be a part of it”

Leah – who parted ways with Jaylan after he reportedly cheated on her – commented on the clip after it was shared on the official Teen Mom account on Instagram.

Other viewers agreed, with one commenting: “Looked soooo uncomfortable.”

Another asked: “Why are they even hanging out? This was awkward and forced. lol.”

Leah’s relationship with Corey played out on 16 & Pregnant, in which she gave birth to their twins in December 2009.

There has been more heartbreak in store for Leah, as she recently split from US army officer Jaylan.

The insider added the breakup has been “hard” on Leah and her family.

The sudden split came as a shock as the couple got engaged in August and had plans to expand their new home.

The former pair were also talking about having a baby together.

MTVLeah and Corey share daughters Ali and Aleeah, 12, and divorced in 2011[/caption]