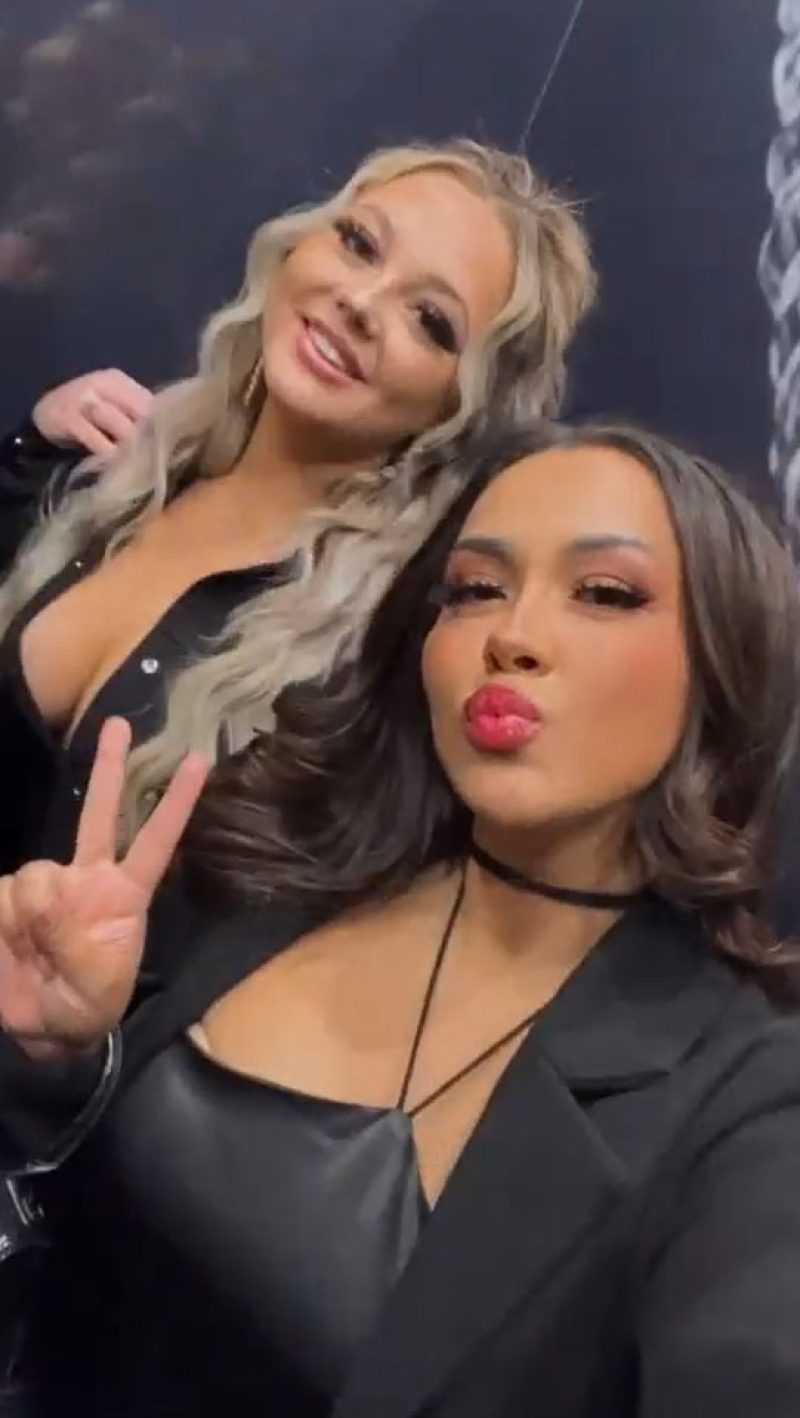 TEEN Mom Jade Cline has shown off her breasts in a low-cut top in a new photo following her plastic surgery makeover.

The reality star posed for the sexy pic during a night out with her BFF, Briana DeJesus.

MTVThe photo comes after she underwent a major mommy makeover last year, including a boob job, liposuction, and a Brazilian butt lift[/caption]

The girls matched in all-black attire in the boomerang posted by Briana, 28, on her Instagram Stories.

Jade sported a tightly fitted top, nearly exposing her breasts with her blonde hair styled in loose curls while smiling at the camera.

Her Teen Mom 2 co-star rocked a halter top and a blazer for the evening, pouting her lips and flashing a peace sign for the photo.

In January 2021, the TV personality had fat transferred to her breasts, a Brazilian butt lift, and liposuction.

She later opened up about the experience telling fans: “No implants, just some fat transferred.

Jade flew to Miami to get the Brazilian butt lift, which involves taking fat from elsewhere on the body and injecting it into the butt.

“I saw so many people I knew that were having BBLs, and I was so impressed and astonished at the shapes of their bodies,” she explained on her podcast, Jay & Kay Unfiltered.

She described the surgery as being “painful” and claimed it took some “unexpected turns.”

The mom-of-one said: “It was 10 times worse than child birth. Everyone is different, but I know that my body definitely had a hard time recovering.”

During the Teen Mom 2 reunion special, Jade broke down in tears as she admitted she thought she was “going to die” and “was blue from lack of oxygen” after her plastic surgery.

She thanked Briana for nursing her back to health after having gone under the knife.

Both TV stars admitted they thought Jade was going to “die” before Briana stepped in to help.

The young moms stated that Jade was “blue,” and she praised Briana for helping give her a shower for the first time after surgery.

She has since fully recovered and often flaunts her body on social media.

Earlier this month, Jade shared videos of herself nearly spilling out of a tight top while partying with friends.

The 25-year-old’s sexy ensemble included a lacy brassiere that struggled to hold her breasts.

She paired the revealing top with tight leather pants.

Jade did drape a half-cut jean jacket over her shoulders, preserving some modesty.

On a recent episode of Teen Mom: The Next Chapter, she joined her long-time castmates Leah Messer, Briana, Cheyenne Floyd, Maci Bookout, and Amber Portwood for a girl’s night out.

The group partied at a country bar where they drank together and did line dances on the center floor.

In a crazy moment, they tried their luck at the mechanical bull, but most could not stay on for more than a few minutes.

When it was Jade’s turn, she hopped up on the bull, but her short shorts exposed the bottom side of her butt.

Producers were forced to blur the scene out to escape the NSFW moment on TV.

The star’s cast mates laughed as she struggled to stay on and eventually slipped right off onto the bouncy bottom of the bull.

While enjoying nights out with her gal pals, Jade has also been planning her upcoming wedding to her fiancé, Sean Austin.

The couple – who are parents to a five-year-old daughter, Kloie – announced their engagement earlier this year.

Jade Cline/InstagramJade has been planning her upcoming wedding to her fiancé and baby daddy, Sean Austin[/caption]