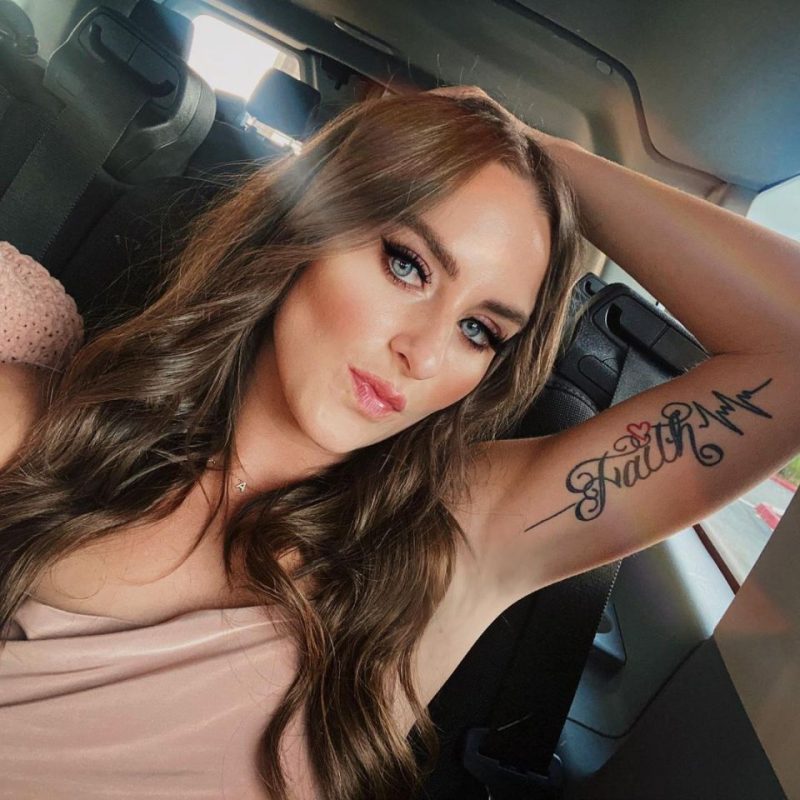 Fans had noticed the dog was missing from social media photos and many worried Leah had given the pup away.

The Teen Mom 2 star posted a photo of Lucky the dog on her Instagram Stories.

Her daughter Addy, nine, is laying on the dalmatian, smooching him on the side of the face.

The photo comes after a fan questioned the whereabouts of Lucky, on a popular Teen Mom Reddit board.

In the post, titled “Hey whatever happened to Leah’s dalmatian?” the Redditor asked “Anyone know…did I miss something? She got that Frenchie with Jaylan but the dalmatian has been MIA for a while it seems.”

One person commented: “Good question, I am wondering about that too…”

“Hmm true, we haven’t seen anything of it in a while…especially since Leah was trying to pass it off as a service dog,” added another.

A third fan wrote: “She should have never gotten a Dalmatian, she was not equipped to raise one.”

Another Redditor agreed, stating “I was surprised in the first place they went ahead and got a Dalmatian. They’re known for being very active and they need a lot of attention and activity.”

Back in April, fans expressed their concern for Lucky after Leah, 30, surprised her then-boyfriend Jaylan Mobley, 25, with a new puppy.

Jaylan revealed that the TV personality had surprised him with a French bulldog pup, which he named Blue.

The couple excitedly posted about the new addition to their family, but all fans could focus on was her seemingly missing dog.

The MTV star hasn’t posted about Lucky much at the time and his Instagram – once full of photos of the dog – was inactive.

Fans of the star flocked to Jaylan’s post about his new four-legged friend to inquire about Lucky’s whereabouts.

One commenter inquired: “Do you guys still have the Dalmation too??”

Leah responded to the question, writing: “OFC I still have @reallifelucky101“

Jaylan’s post included photos of him and Leah with the pup, as well as solo shots of each of them with Blue.

Fans were curious to see if Lucky ended up leaving along with Leah’s ex fiance Jaylan.

After a year of dating, Jaylan got down on one knee and asked his girlfriend to marry him in August.

Leah initially said yes to the proposal when they vacationed in Costa Rica.

In mid-October, the former couple announced they were calling off their engagement on social media.

Their joint statement read: “While the last year has been tremendously exciting for both of us, we’ve realized that it’s best we walk separate paths.

“We are so grateful for the lessons, growth, and memories we’ve had in this relationship.”

The text continued: “So many of you have watched our love story unfold, and we hope that you’ll continue to watch our stories while we move forward as friends.

“We will forever have love and respect for each other, and we ask for privacy as we refocus and transition out of this chapter together.”

After their breakup, The U.S. Sun exclusively revealed that Jaylan was accused of “cheating” on the mother-of-three.

A source said: “Leah saw material suggesting he was unfaithful.”

The insider mentioned that the breakup has been “hard” on the TV personality and her family.

Leah shares her twin daughters Ali and Aleeah, 12, with her ex Corey Simms and her daughter Addie, nine, with her ex Jeremy Calvert.