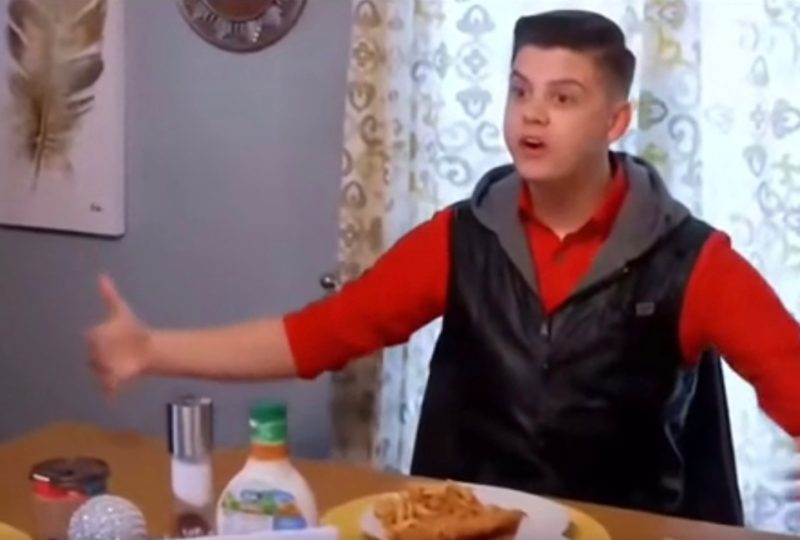 TYLER Baltierra has come under fire again for a tasteless comment he made about his wife.

The Teen Mom star had harsh words to say about a woman’s weight.

In a recently resurfaced clip, Tyler and his wife, Catelynn Lowell, were sharing a meal, when Catelynn brought up the idea of joining Weight Watchers to shed some extra pounds.

“I really like Weight Watchers,” she said while eating a chicken quesadilla. “It makes myself feel good.”

Tyler seemed to be all for it, but he stuck his foot in his mouth with his response.

“It’s your body, you do what you want,” he replied. “Obviously, I don’t want no heifer for a wife.”

The remark even shocked the show’s crew, as one producer called out, “Tyler!” in surprise.

“I’m being honest!” Tyler continued. “Would you want to marry some big heifer?”

“He thinks he’s being funny,” one person criticized.

“He is so loud. Every time he opens his mouth it’s just so aggressive,” another added. “He needs a filter for his words and his volume.”

While a third said: “The irony is that his weight has fluctuated over the years since. And he’s not grown any babies inside his body.

“What’s his excuse for being a heifer?!”

The two also share Novalee, seven, and Vaeda, three, as well as first daughter Carly, whom they had put up for adoption during the first season of 16 & Pregnant.

She posed next to Tyler in a pair of tight jeans, a low-cut maroon peplum top, and a cropped black jean jacket.

Cate gave a huge smile for the camera as her husband stood beside her in black pants and a tight white shirt and also cheesed for the snapshot.

One fan commented: “Geez if that after having her 4th she’s bounced back amazingly.”

Another wrote: “@catelynnmtv has really been looking her best lately and I’m so happy for her.”

Catelynn’s not the only one who has been getting love lately, as fans have been praising her husband Tyler for his major transformation, as well.

Early last year, he gave fans an update on his weight-loss journey with a shirtless photo of him flexing his biceps.

Catelynn boasted in the comments about her husband of six years, saying: “Yep! That’s mine.”

He shared that he’s been working hard on his health and fitness and is happy with the progress he’s been making.

Tyler showed off his major “fitness transformation” in a before-and-after comparison of all of the changes.

He posted a shirtless mirror selfie to show what he looked like when he first began in 2020, at around 165lbs.

The Teen Mom star’s goal was to bring his body fat percentage down and his muscle weight up.

After “year 1 down,” he said he was now at 199lbs and flaunted his gains in another shirtless photo, this time of him hanging out by the pool in a pair of tiny black shorts.