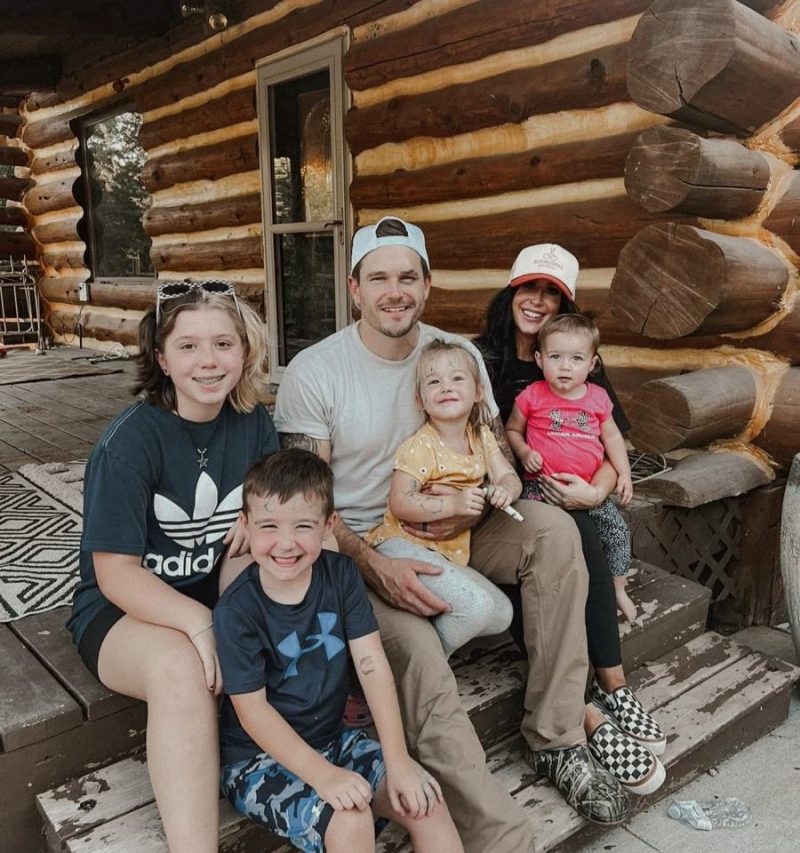 TEEN Mom Chelsea Houska has shown off her basement which features a massive television and antler decor inside her $750K mansion.

The Teen Mom 2 alum gave fans a glimpse inside her home as the DeBoers enjoyed a family movie night.

Chelsea, 31, posted the photo from inside her basement on her Instagram Stories Monday as she and her husband Cole DeBoer, 34, watched the holiday film favorite, Elf.

The former Teen Mom captured a shot of actor Will Ferrell, 55, dressed as the jolly North Pole worker as the movie played on the family’s gigantic Television.

The TV was mounted on the wall beside a pair of antlers that matches well with Chelsea’s farmhouse decor.

The following posts showed Cole, Aubree, 13, Watson, five, and Layne, four, watching the movie but it was the four-year-old who stole the show

Chelsea recorded her daughter giving the camera double peace signs with her fingers as she made funny faces as the Christmas movie played behind her.

The 1,966 sqft ranch house was built in 2008 and boasts five bedrooms, two full bathrooms, and a three-car garage.

The TV personality has been deeply involved in the renovation and design of the house and has documented the process on the couple’s dedicated home Instagram account.

As a result of their hard work, Chelsea and Cole have scored a brand new reality show on HGTV called Farmhouse Fabulous.

The series, set to debut in 2023, will follow the couple as they help families renovate their homes.

“We’ll showcase their optimism and youthful creativity throughout the series and we’re sure their 8.6 million Instagram followers will love every minute of it!”

With Cole’s past experience with construction combined with Chelsea’s love for interior design, the pair have taken the next steps in their career with their new renovation show.

“After building our dream farmhouse in Sioux Falls a few years ago, we realized we have a real knack for design and home reno and it’s evolved into our passion,” the busy father told the outlet.

Chelsea also added, “We can’t wait to take our fans along this next crazy journey of building our business from the ground up, with four kids in tow, showing all of the highs and lows on the renovation site and at home”.

Chelsea recently showed less of her home and more of herself when she flaunted her tiny waist and legs with a slew of Instagram Story videos last week.

The reality TV star donned the black “Rowen Onesie” from the Lauriebelles clothing boutique that she paired with a hoodie over the tight bodysuit and white sneakers.

The mother of four gushed over her onesie and said: “I am loving these! They’re so cozy.

She then filmed her gal pal as they both strutted around in their tight outfits.

Chelsea stretched out her long legs and teased cleavage while posing with her female friend.

All this comes after Chelsea’s followers pointed out her weight drop as the former 16 & Pregnant star explained her weight loss was due to her personalized program.

Chelsea claimed she used Profile by Sanford after her pregnancies to shed the extra baby pounds.

In an Instagram post uploaded in 2021, the notable Teen Mom star wrote: “I’m happiest when I’m healthiest, that’s why I’m SO excited to continue my Profile journey…”

She went on to act as an ambassador for the diet brand and regularly shared selfies with the Profile products on social media.

Although she lost weight after the birth of her daughter Layne, fans expressed concern that she was getting too “thin” for her health.

One critic commented: “She keeps getting skinnier. I have always been a fan, but yeah, pretty sad.”

A fan defended the star and wrote: “You guys… it’s also what she’s wearing and how she’s posing that makes her look so slim.

“She looks great, and I’m sure she works hard to look so good.”