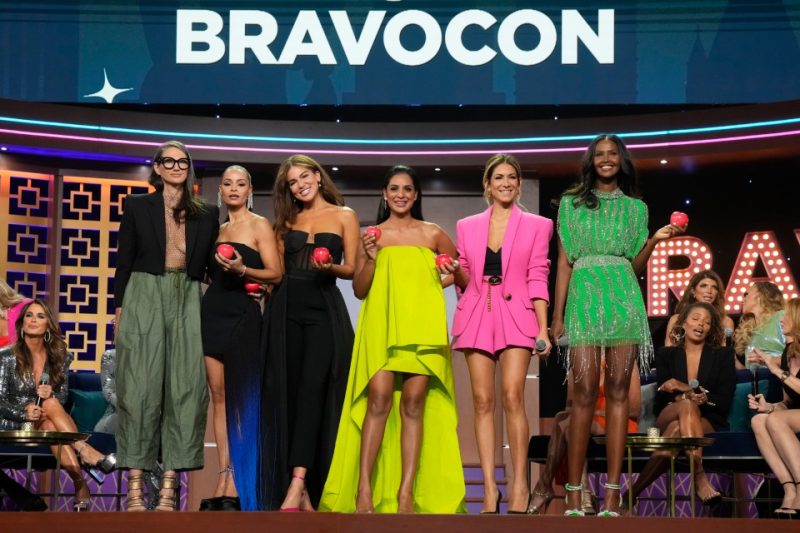 AN RHONY star has quit the series after her husband repeated a racial slur to producers.

Newcomer, Lizzy Savetsky, was in the middle of filming her first season on the show when she decided to leave.

lizzysavetsky/InstagramNewcomer, Lizzy Savetsky, has reportedly left the show after her husband repeated a racial slur to producers[/caption]

The move came after her husband said the N-word when recalling a discussion between his wife and a co-star, according to PageSix.

“From the time [it was announced she was joining the cast], I was on the receiving end of a torrent of [anti-Semitic] attacks,” Lizzy told the publication last week.

“As this continued, I realized that this path was no longer right for me and my family.”

However, it seems the ex-Bravo star didn’t reveal the whole story as to why she opted to walk away.

PageSix reported that trouble ensued while Lizzy was filming a scene with her co-star, Brynn Whitfield.

Sources told the outlet that Brynn asked Lizzy, who is of the Orthodox Jewish religion, to set her up on a date with a Jewish man.

But Lizzy didn’t think the match was a good idea, supposedly claiming she would only set up a Jewish person with a fellow Jewish person.

She also allegedly explained that Orthodox Jewish people favor marriages between others of the same religion to preserve the ethnic lineage.

Brynn was apparently not pleased with the 36-year-old’s response reiterating her comment to mean “horrific people [meaning Nazis] who did evil things to your people.”

The disagreement later led to an off-camera phone call where things escalated between the pair.

During the heated conversation, Brynn, who is half-black, allegedly used the N-word in full.

However, sources said Lizzy was convinced that Brynn would turn the tables on her and tell their co-stars that Lizzy said the racial slur.

This prompted Lizzy’s husband, Dr. Ira Savetsky, to report the incident to the show’s producers, where he repeated the N-word.

Despite apologizing for his word choice, insiders claimed the ordeal led to talks about their pair’s exit from the series.

In August, Page Six reported that the network hired Lizzy, a social media influencer known for her posts about fashion and her Jewish faith, to join the show after undergoing a major cast revamp.

Earlier this year, it was announced that The Real Housewives of New York was receiving a significant overhaul and that Bravo had fired the entire cast.

In an interview with Variety in March, Andy Cohen, 54, confessed the networks’ plans to change the show after 13 seasons.

He announced the RHONY franchise is firing the entire cast and searching for a new group of friends to reflect the “diverse” city.

The decision to reboot the show came after lower ratings than usual and negative fan reactions.

Andy commented: “I think that if you look at any series, where the ratings are declining week to week as the series goes on, and the viewer feedback is growing disenchanted on social media, etc. — I think that was a big red flag for us.”

Earlier this month, longtime cast member, Ramona Singer, revealed that she was not returning to the show after 13 seasons.

Ramona, 65, told PageSix that she has decided to end her long-running gig on the series.

“I do not want to do the show any longer,” she told the outlet. “It’s not for me at this time.”

However, the decision might not have been entirely up to Ramona, as sources claimed that Bravo didn’t ask the TV personality to return for the next season.

The call was allegedly made after Ramona bashed the newly revamped series to the media.

Sonja Morgan, 58, was also let go from the show, though it was said that she and Luann de Lesseps, 57, are starring in a spin-off series.

lizzysavetsky/InstagramHe allegedly said the N-word to producers when recalling a conversation between his wife and her co-star, Brynn Whitfield[/caption]