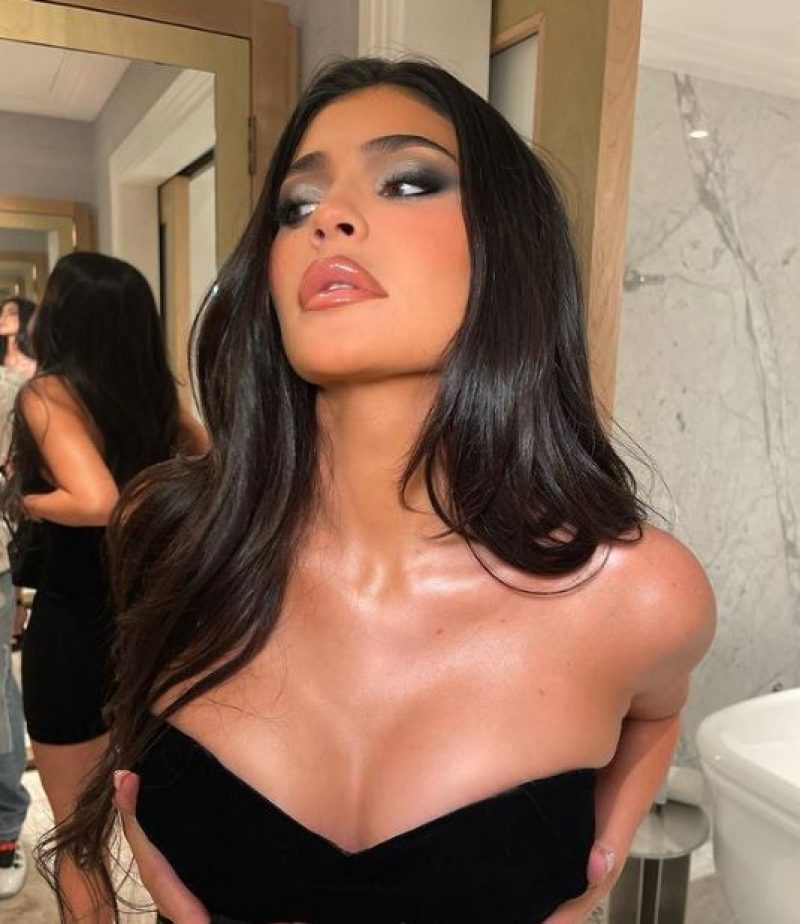 KYLIE Jenner has fans in a chokehold with her latest sexy snapshot of herself spilling out of a teeny black strapless dress.

The Keeping Up With The Kardashians alum, 25, recently posted a series of selfies to Instagram of her getting dolled up as promotion for her brand.

Kylie used her selfies as an ad and encouraged fans to shop with her brands Kylie Cosmetics, Kylie Skin and Kylie Baby on Black Friday in the Instagram caption.

Out of all the photos that were in Kylie’s lineup, the one that stood out to fans the most is the photo of Kylie in the itty bitty black dress.

In the picture Kylie’s skin was glowing and her ample bosom plumply sat perkily on her chest in the body-hugging strapless dress.

Of course Kylie’s makeup was flawless and her hair was styled in true Kardashian fashion.

IN THE DOG HOUSE?

Kylie Jenner reacts to concern about her relationship with Travis Scott

Some Kardashian fans praised Kylie’s photo dump for all of the “stunning” and “iconic” looks that were included on the photo reel.

Other fans just expressed how much they loved certain looks in the photo series and which looks were their personal favorite.

“The last one she looks so good and [it] is also so elegant,” one person wrote.

Kylie has been in the news lately for her sassy fashion looks that have become increasingly spicy.

At the 2022 Baby2Baby Gala Kylie wore an all-black minidress that exposed her entire back and a sheer skirt that revealed her bare legs.

Before that Kylie was caught during Paris Fashion Week wearing a see-through skin tight dress that had barely enough fabric underneath to cover her breasts and butt.

Kylie’s fashion evolution is truly one to watch.

The young star is definitely the next fashion icon to come out of the Kardashian-Jenner clan.

Travis Scott, Stormi, and Kylie attend the 2022 Billboard Music AwardsKylie Jenner and Stormi relaxing in the poolKylie Jenner poses in just her bra on social media