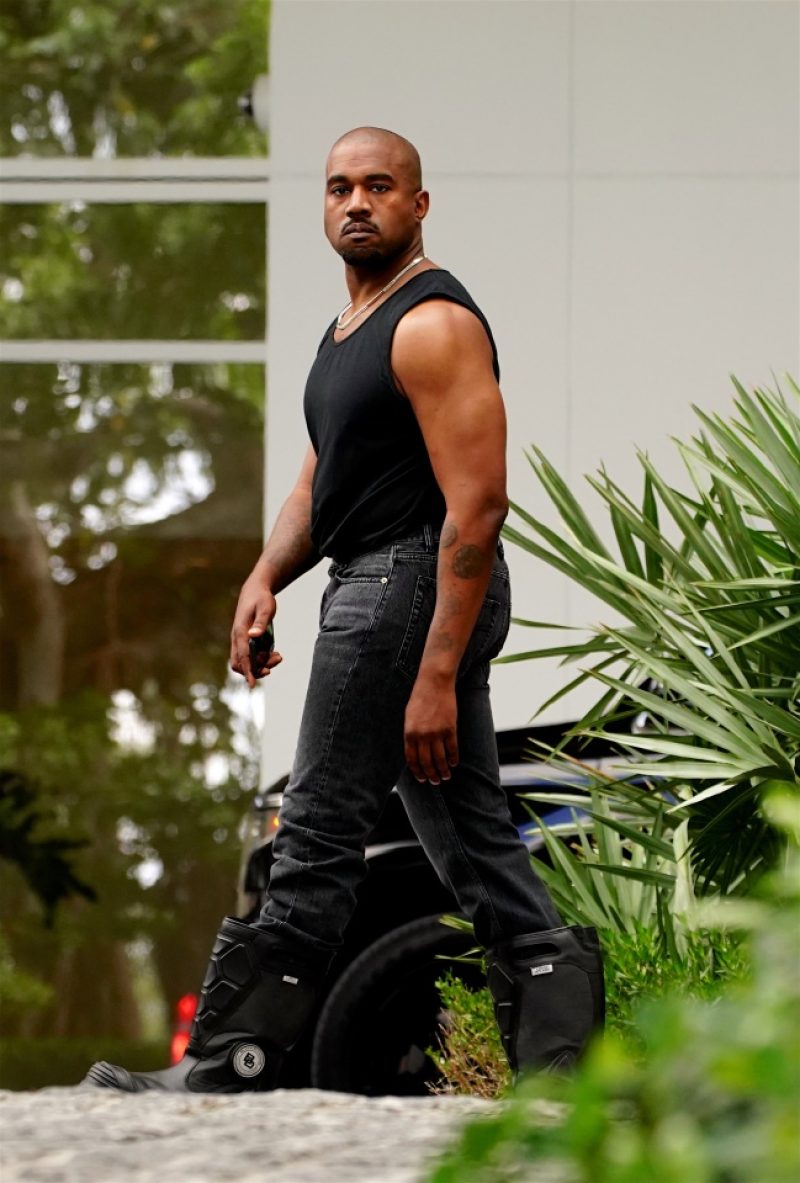 KIM Kardashian ‘could win full custody’ of her four children in her messy divorce with Kanye West after he made a major misstep, legal experts have revealed.

The SKIMS founder’s ex chose not to turn up to his scheduled deposition on November 16, according to a new court filing, amid his anti-Semitism scandal.

Court documents seen by The U.S. Sun show he has one last shot to be questioned by Kim’s legal team on November 29, which his attorney has agreed to.

But if the 45-year-old star decides not to show, it could have huge implications when it comes to custody of his kids; North, nine, Saint, six, Chicago, four, and Psalm, three.

She told The U.S. Sun: “If Kanye refuses to show up to his deposition, the Judge could sanction him monetarily, make him pay counsel fees, and if it is an egregious enough discovery violation, the judge may be able to bar him from putting on a case at trial.

“In most divorce cases, the parties are able to at least work out some of the issues. But, given his behavior and apparent unreasonableness, everything may be in dispute, from custody to distribution of assets.

“For two very wealthy people who do not need each other’s money, the custody issues will be most important.

“His disparaging posts about Kim and her family in the media, and his nonsensical proposals including that the children attend two different schools at once, are going to likely be used to show that he cannot reasonably co-parent and does not have the children’s best interests in mind.”

Although it was previously reported Kim, 42, is happy to give Kanye 50/50 custody, he has hit out at her on social media, claiming she has them 80 percent of the time.

GIVE UP THE GHOST


Eerie details emerge after plane disappears with 239 people onboard


Huge update in murder of four University of Idaho students

She has denied keeping the kids from him, and he has been spotted at some sporting games watching them compete, although he doesn’t appear to have them on weekends.

There are currently no formal orders related to custody of the former couple’s children.

Given the new deposition date and the ongoing settlement negotiations, the deadline for the parties to file and serve witness lists, exhibit lists, updated I&Es [income and expenses], and trial briefs is continued to December 8, according to documents.

“After Kanye skipped this deposition, they’ve given him one more date to appear. If he doesn’t, he may face sanctions during their upcoming trial, such as a fine or a monetary award to Ms. Kardashian, and/or he may have the facts which they were trying to uncover during the deposition change into admissions against him,” she said.

“Avoiding a deposition in litigation is treated seriously by the judge, particularly when it is a repeated offense.

“If he is trying to avoid giving information that would hurt his case by skipping a deposition, a judge might automatically determine that the bad information is a fact inside of the trial, because he was uncooperative.

“In severe instances, it can be contempt, which can either be civil or criminal as determined by the judge.

“Overall, this can hurt his case. In the most severe instance, the judge can rule against him and he could get a lesser custody award and a less favorable monetary disposition.

“But more likely, the judge will simply determine that the facts Kim Kardashian alleges are true, and not give him the chance to defend himself.”

Kim is being represented by celebrated celebrity divorce lawyer Laura Wasser, while Kanye has hired Nicholas Salick of Salick Family Law Group, his sixth lawyer since the divorce began.

Court documents read: “The parties are engaged in settlement negotiations which, if successful, will result in the settlement of all issues or at a minimum limit the issues to be tried on December 14.”

The trial next month is expected to last two days.

Social media posts seen by The U.S. Sun show Kanye has been busy working on his ‘YE24’ clothing collection after being dropped by multiple brands for slamming the Jewish community.

Despite his previous failed bid to become President, he insists he will be running again as he tries to juggle fashion, music, politics and co-parenting.

The reality TV star filed for divorce from Kanye in February 2021 after seven years of marriage – and well over a year later, she is more than ready to make the split official.

“We’ve been ready for quite a while,” Kim’s lawyer Wasser previously told Judge Steve Cochran.

Asked if Kim wanted her trial date set this year or next, she added: “This year, your honor. I actually have a stipulated judgment drafted. I’m just trying to get someone to pay attention to me.”

PrevPreviousJeopardy! tournament finalist Andrew He reveals wild connection to TV star- and she responds he’s ‘smarter than me!’
NextKim Kardashian takes savage swipe at sister Kourtney in shocking video amid their icy feudNext