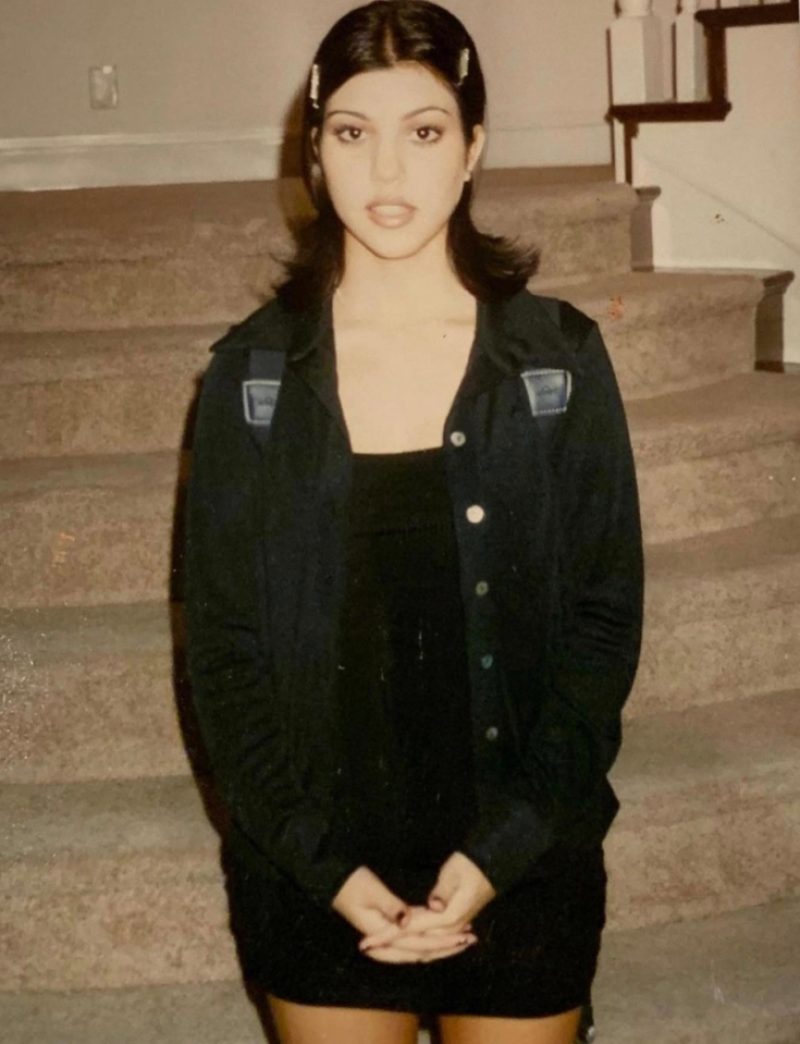 KARDASHIAN fans are shocked at Kourtney’s natural appearance in a never-before-seen photo.

Followers of the famous family couldn’t get enough of the throwback snap from 1994.

The film photo, which was recently posted to social media, showed a 15-year-old Kourtney in a black dress and a bomber jacket.

She appeared to be wearing little makeup and had her bobbed hair clipped back in a preppy style.

The future reality star was stood by the staircase presumably at the original Kardashian family home.

She showed off her flawless complexion looking straight at the camera with her lips sightly parted.

Kourtney poses with $3.5K Prada bag inside closet of her $9M mansion

Fans were in love with the teenage Kourtney’s look.

One suggested she was “looking like the perfect main love interest in a 90s romcom.”

Another agreed: “Yes, OMG the hair and all. She’s so effortlessly pretty to me, to this day!”

“She looks stunning here,” chimed in a third.

It’s not the only throwback photo that fans have recently seen of the Poosh founder, now 43.

Earlier this month, she shared a photo from her teenage years as the family celebrated Kendall Jenner’s birthday.

The snap, taken in 1999, showed a fresh-faced Kourtney alongside her future model sister.

The eldest of the Kardashian children appeared to be wearing no makeup and was dressed simply in a black halter neck top and blue pants.

Many fans were quick to gush over the young Kourtney’s fresh-faced appearance.

“You look way better with no makeup,” wrote one in the comments.

Although she was known for her colorful, glamorous outfits during her time on Keeping Up With the Kardashians, Kourtney has changed her personal style dramatically since she began dating Travis Barker.

They are now married, and she has often been seen in gothic latex and lace dresses and heavy eye makeup.

Black is the go-to color for the pair these days, while they often wear coordinated outfits and even identical skeleton onesies.