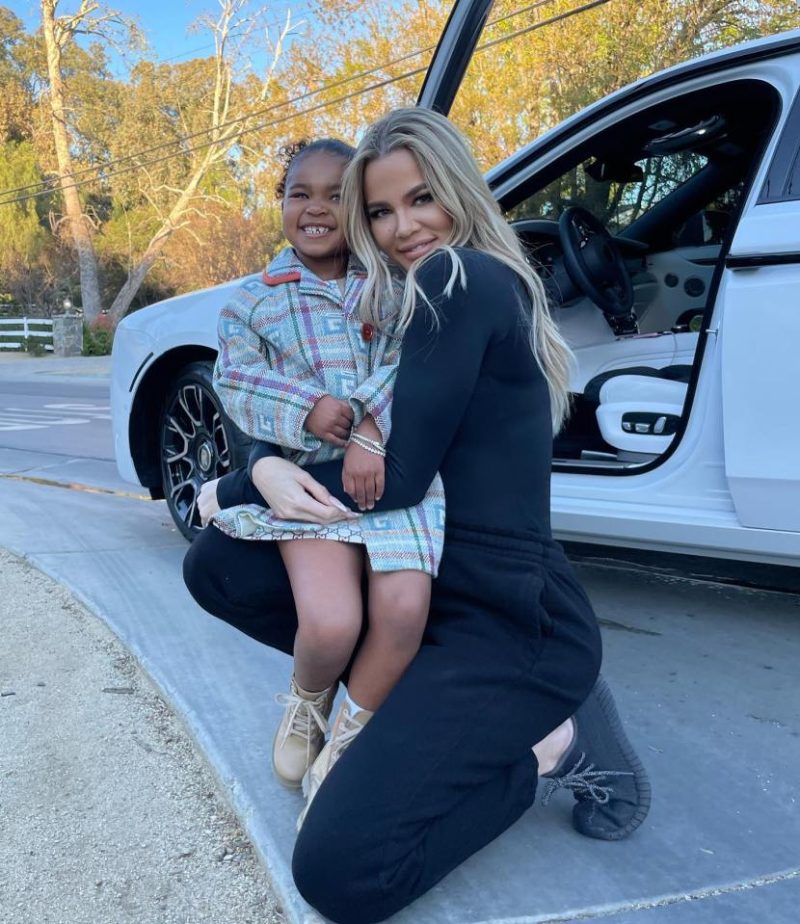 KHLOE Kardashian has revealed she won’t let her daughter True sleep over at Kourtney’s house.

The Kardashians star, 38, said she didn’t want her four-year-old being “corrupted” by Kourtney‘s three older kids.

Khloe made the admission during a chat with Kourtney, 43, for Interview magazine.

“I’ll go, I’ll participate, and then when it’s bedtime, I’m out of there. So the best slumber party is the one at my house.”

Kourtney asked: “Is that why you won’t let True sleep over?”

Khloe replied: “Well, no, just True is too young to sleep over. And she doesn’t want to.

“She likes her space and I don’t want her to get corrupted. Kids are older, and I’m like, ‘No, we’re good.’”

She is also stepmother to her husband Travis Barker’s children – Landon, 19, Alabama, 16, and his former stepdaughter Atiana de la Hoya, 23.

Fans were shocked at Khloe’s reasoning for stopping True from going to staying over at Kourtney’s.

One wrote on Reddit: “Only tea in the interview: Khloe doesn’t let True sleepover because she’s too young and impressionable to be around Kourtney’s older kids.”

Another suggested Khloe was shading Kourtney, adding: “What does she mean by ‘We’re good’? What’s good?”

Khloe has two children – True and a baby son, three months – with her ex Tristan Thompson.

She was seen cradling her son – who she welcomed via a surrogate in August – in a preview for next week’s episode of The Kardashians.

The Good American founder had dressed him in a blue babygro while Kris sat next to her with a blanket on her lap.

The tot could be heard crying as Khloe passed him over to his grandma, who cuddled the baby on her shoulder.

The scene is from next Wednesday’s episode, which will be set in Paris and will show Kim walking in Balenciaga’s runway show.

Fans theorized that Khloe’s son’s name is Paris and that she will debut it while the family is in the French capital.

Khloe and Tristan split after his love child scandal emerged.