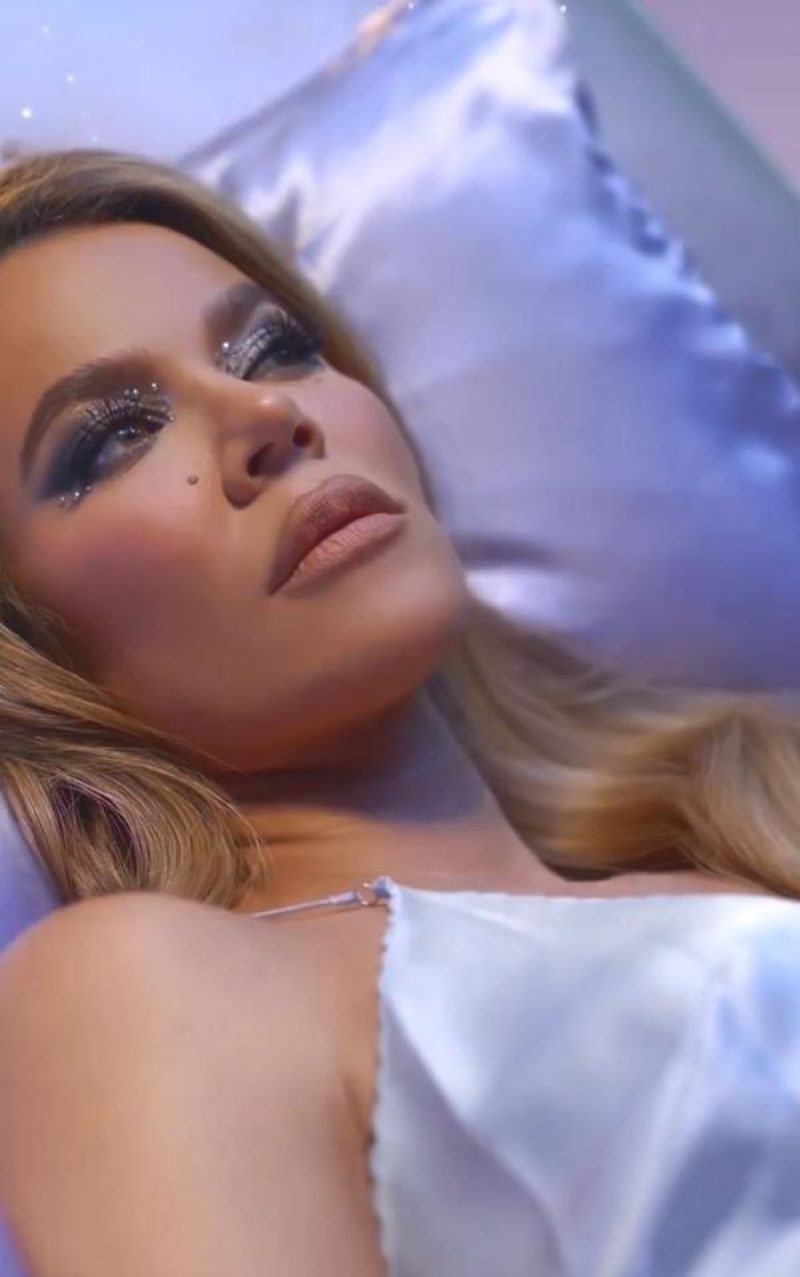 FANS have mocked Kourtney Kardashian after noticing a funny detail about her new Lemme ad with her sister Khloe.

The Keeping Up With the Kardashians alum launched her newest supplement this week, Lemme Sleep.

Kourtney, 43, shared a hilarious promo video for the product where her sister Khloe, 38, was dressed as a princess.

The reality star wore a sparkly tiara as she lay in a purple bed, unable to sleep as she tossed and turned on the covers.

After some time, her older sister arrived shrunken and dressed like a fairy, flying over the bed to drop off Lemme Sleep pills.

Kourtney dropped the supplement bottle on the bed next to Khloe’s head, allowing her to open it up and take one.

Kourtney reveals ‘weird’ souvenir from son Reign, 7, that she likes to smell

As the Good American founder drifted off to sleep, her sister flew off into the distance with her fairy wings.

The adorable skit left fans chattering over the hilarious way that the TV personality delivered her product.

Several took to Reddit to discuss Kourtney’s latest venture and her promotion tactics.

“This is so hilarious of them and I’m here for it lmao,” one wrote.

“This is such a cute ad, I’m charmed by it. Makes me miss Kourt and Khloe’s old dynamic,” a second agreed.

A third remarked: “I like it a lot too! Kourtney and Khloe need to be a thing again. I miss their shenanigans.”

“Lmfaooo I actually think the ad is super funny and cute,” a fourth mentioned.

“I’m far from a fan, but I thought the ad was cute. Kourtney as a sleeping fairy was funny. It was different from the over-sexualized stuff they usually put out,” a final noted.

Kourtney and her sister Khloe have been praised for their new ad promoting the eldest sibling’s new, much-talked-about brand.

However, in the new ad for her brand Lemme Sleep, the mother of three completely snubbed Kim, 42.

In the video, the Hulu star promoted her Lemme Sleep gummies as vitamin-infused melatonin in the caption of the ad that was posted to Instagram.

“Formulated with Magnesium, L-Theanine and Melatonin – Lemme Sleep helps you fall and stay asleep. It also helps you wake up feeling refreshed,” Kourtney wrote in the caption.

Many fans loved the fairytale-inspired commercial and credited Kourtney’s newfound infatuation with fairytales to her husband Travis Barker, 47.

“Kourtney has a new obsession with fairytales, and Travis made her believe in them,” one Kardashian fan wrote in the comments section.

“This might be my most favorite thing you guys have done! So cute,” another person said.

One user chimed in: “This is one of the most creative ways I’ve seen an ad.”

All this comes as fans believe Kim has been feuding with her fellow sisters.

Shortly after that Kylie Jenner, 25, posted a TikTok video of her and sisters Kendall, 27, Kourtney, and Khloe all hanging out together without Kim.

GettyKim was snubbed from being a part of the ad[/caption]