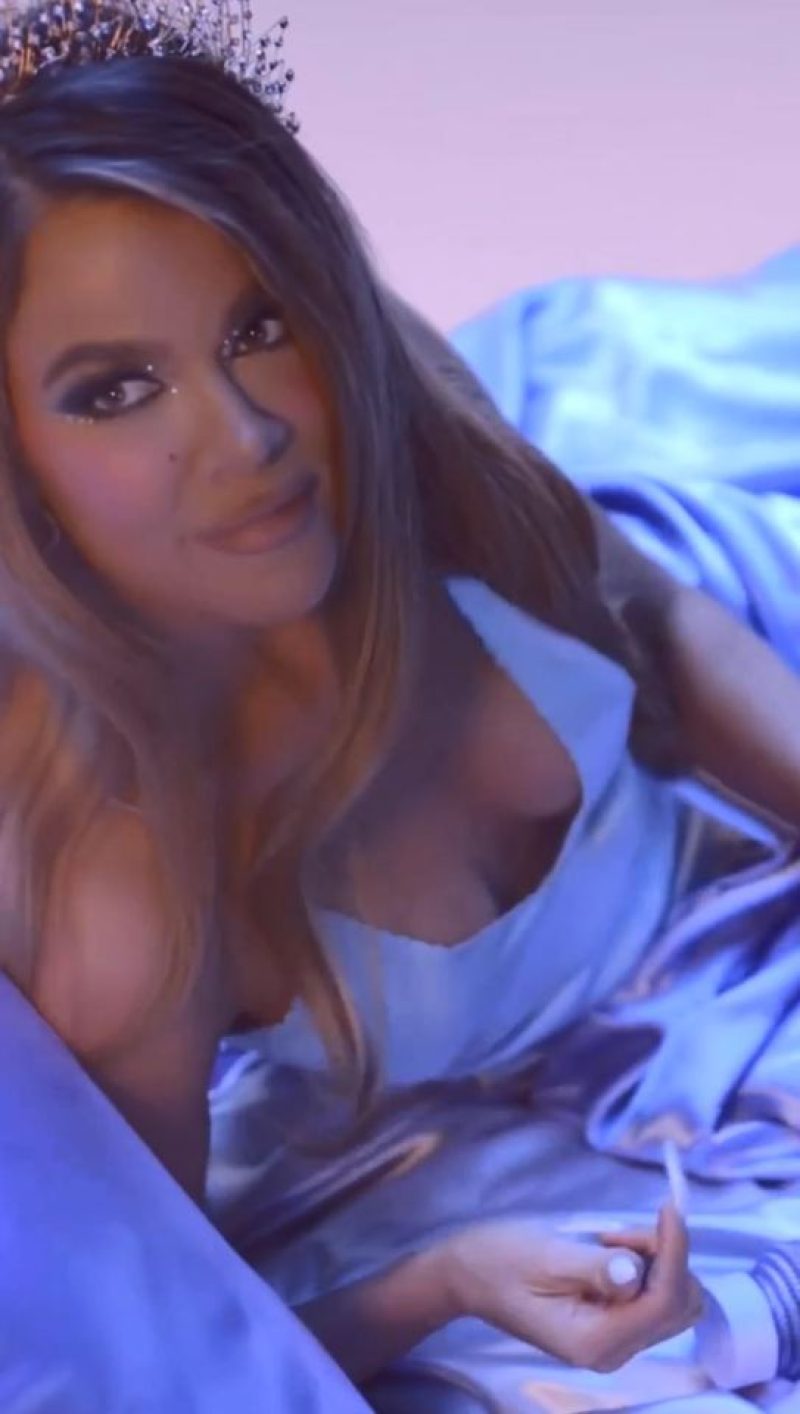 KOURTNEY Kardashian and her sister Khloe have been praised for their new ad promoting the eldest sibling’s new, much-talked about brand.

However, in the new ad for her brand Lemme Sleep, Kourtney tapped Khloe as the star, but completely snubbed other sister Kim, 42.

Khloe Kardashian stunned as Sleeping Beauty in her sister Kourtney’s new ad for LemmeMeanwhile, Kourtney played a fairy in the promo

The fairytale inspired ad featured Khloe, 38, as the sleepless Sleeping Beauty of Calabasas who needed something to help her get some shut-eye.

In the ad, Khloe took a Lemme Sleep gummy that Kourtney, in fairy form, delivered to Khloe in her enchanted bed.

Kourtney, 43, promoted her Lemme Sleep gummies as vitamin infused melatonin in the caption of the ad that was posted to Instagram.

“Formulated with Magnesium, L-Theanine and Melatonin – Lemme Sleep helps you fall and stay asleep. It also helps you wake up feeling refreshed,” the Hulu star wrote in the caption.

Lemme Sleep is another product line from of Kourtney’s lifestyle brand Lemme.

Many fans loved the fairytale inspired commercial and credited Kourtney’s newfound infatuation with fairytales to her husband Travis Barker, 47.

“Kourtney has a new obsession with fairytales, and Travis made her believe in them,” one Kardashian fan wrote in the comments section.

“This might be my most favorite thing you guys have done! So cute,” another person said.

One user chimed in: “This is one of the most creative ways I’ve seen an ad.”

All this comes as fans believe Kim has been feuding with her fellow sisters.

Shortly after that Kylie Jenner, 25, posted a TikTok video of her and sisters Kendall, 27, Kourtney and Khloe all hanging out together without Kim.

Kylie’s TikTok video was synced up with a sound of Kourtney saying, “I just don’t have the energy for this. I am unsubscribing from this drama.”

According to a close family friend of the Kardashians, Khloe and Kim are at odds because she abandoned Khloe during their Miami girls trip.

Kourtney is in a sour place with Kim because the mom-of-four didn’t invite the star to the Miami girls trip that she took with Khloe.

However, sister Kim was nowhere to be seen in the short addThere is said to be some tension with the Kardashian sistersKourtney seems to be closer to Khloe than Kim