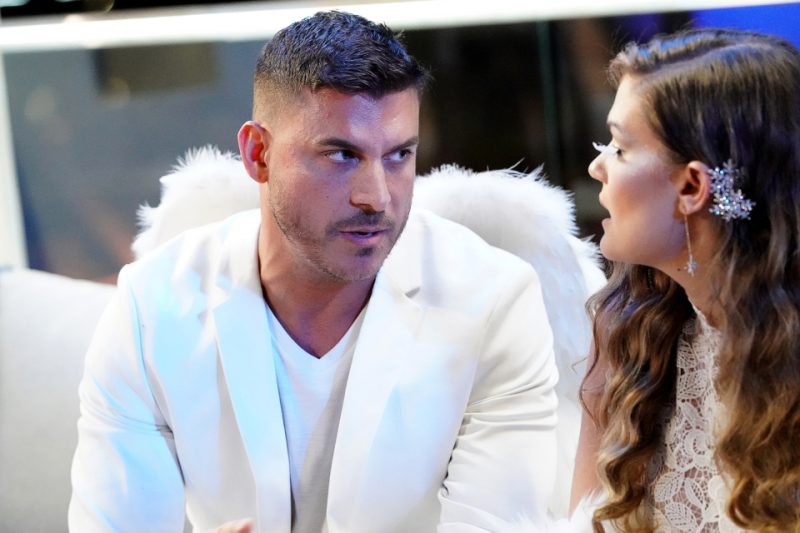 The reality stars have sparked concern from viewers who pointed out their mysterious behavior in recent weeks.

The topic was introduced on an online thread where one fan questioned the couple’s relationship status.

“It seems like something is going on between these two. Has anyone noticed this?” the post began.

The user continued to list telling signs that Jax, 43, and Brittany, 33, might have called it quits after seven years together.

First, they highlighted that the pair have seldomly shared photos of them together on social media in recent weeks.

Last month, Brittany posted a rare snap of the duo with their 1-year-old son, Cruz, during an outing at a pumpkin patch.

The mom-of-one matched her baby boy sporting shorts and a black sweatshirt with “Momster” on it, while Cruz’s shirt read, “Little Monster.”

Jax jumped in for one photo though he opted to wear dark jeans, a denim button-down shirt, and a baseball cap.

Brittany captioned the post: “I love this time of year!!” with a pumpkin and a monster emoji.

According to the user, the family photo and Jax’s comments were rare as the Bravo star has refrained from reacting to any of Brittany’s posts in recent months.

Brittany has also not commented on Jax’s posts since August, when they went on a family trip to Mexico.

The fan also pointed out that Jax has supposedly skipped out on numerous events, including a week-long trip Brittany and Cruz took to Kentucky while the father-of-one stayed home.

The user said he commented on the move on Instagram Live, claiming “he needed a break” from his baby mama and their son.

Additionally, they noticed that Jax didn’t seem to attend Halloween festivities with his toddler son, spending the evening on Instagram Live instead.

The post garnered a slew of comments from Vanderpump Rules fans wondering if these are signs that Jax and Brittany parted ways.

One person confidently wrote: “100% something is up! Biggest red flag right now is she apparently just got back from Kentucky, and he has yet to post about it, specifically Cruz. It’s fishy for sure!”

Another person agreed: “Definitely sounds like trouble in paradise,” while a third questioned: “What kind of self-proclaimed proud dad says he needs a break from his family? For like 10 days.”

And a fourth added: “I got the feeling that there might be some issues when Britney went to see family in Kentucky. I think she is taking a break from him (not the other way around).”

In August, photos captured Brittany showing off her post-baby body in a sexy swimsuit during a pool day while on her Cancun getaway.

Although Jax was not photographed, he was also on the trip with their toddler son.

They were also joined by friends Kristen Doute and Scheana Shay.

The photos came after Brittany dropped 50 pounds following the birth of her first child in April 2021.

brittany/InstagramThe trio took a trip to Cancun, Mexico for a family getaway in August[/caption]