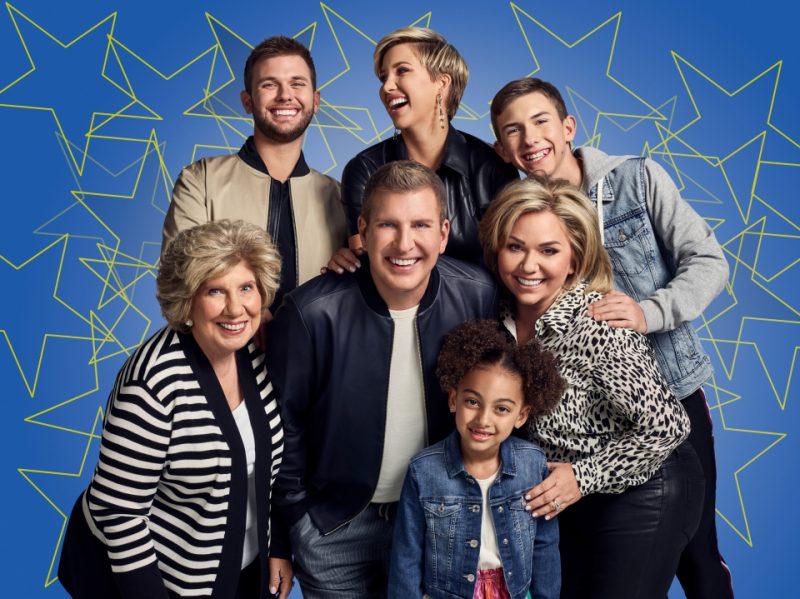 GRAYSON – the 16-year-old son of Todd and Julie Chrisley – has been “rushed to hospital with severe injuries after a highway car crash.”

Grayson’s vehicle rear-ended another vehicle on the interstate, according to TMZ.

On November 19th, Grayson was reportedly driving his Ford F-150 on I-65 in Nashville, Tennessee.

While on the highway, a Dodge pickup truck had reportedly stopped in the midst of heavy traffic.

The Chrisley Knows Best star then supposedly drove into the back of a truck.

The bumper appeared to be mangled, while the hood was dented and the windshield was shattered.

Todd and Julie Chrisley’s trial: A look at why they were convicted

When officers interrogated the USA Network star, Grayson allegedly could not recall what happened during the accident.

Due to a possible head injury, the teen son of Todd Chrisley was rushed into the ambulance and was driven straight to the hospital.

The truck driver also received rear-ended injuries but did not seek medical attention.

Both vehicles were reportedly towed away from the crash site.

Police did not arrest Grayson and the truck driver, nor were charges and citations handed out.

The Chrisley Knows Best stars are also in the middle of their own legal battles as they now face 30 years in prison.

Back in June, according to Insider, Todd was found guilty and convicted of conspiracy to commit bank fraud, bank fraud, and tax fraud, among other charges.

The chaos started when the twosome reportedly turned themselves in at an FBI office in Atlanta hours after being indicted for federal tax evasion charges in August 2019.

Todd and Julie walked into the courtroom shackled but walked out “vowing to fight,” WBS in Atlanta reported at the time.

“We stand in our faith, and we stand in what we know is right. We are fortunate to have the counsel that we have, and our family will stick together, and we’ll walk this road because we know that the good Lord will hold our hand and take us through,” Todd said.

The two pleaded not guilty on all charges and maintained their innocence.

Todd claimed in an Instagram post in August that he and Julie fell victim to an ex-employee who somehow convinced federal agents to go after them.

He wrote: “To get revenge, he took a bunch of his phony documents to the U.S. Attorney’s office and told them we had committed all kinds of financial crimes, like tax evasion and bank fraud…”

“He continued: “That got their attention all right, but once we had a chance to explain who he was and what he’d done to us, they realized it was all a bunch of nonsense, and they sent him on his way.”

Also in August, Todd and Julie were charged and accused of conspiring to defraud “numerous banks” by giving the institutions false personal financial statements and other information while getting millions of dollars in loans, the US Attorney’s Office for the Northern District of Georgia said.