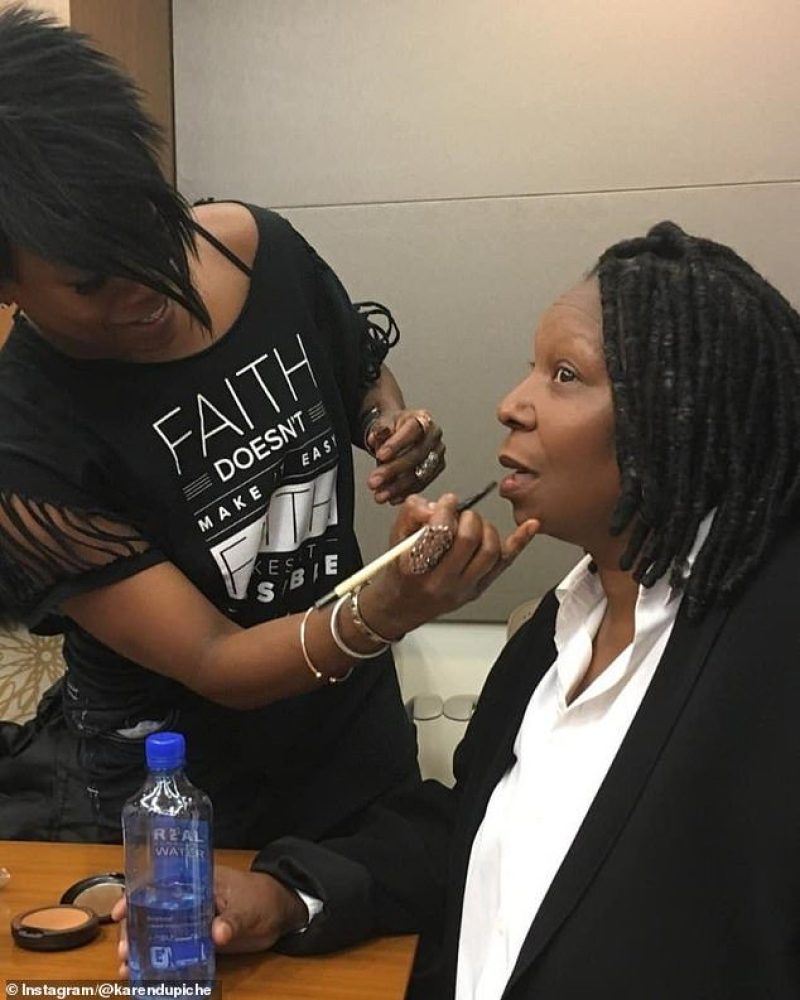 THE View has captured discussions among the hosts in an hour time block, but what viewers at home don’t see is what goes on behind the scenes.

From frequent hair and makeup touch ups to producers having to step in, a lot goes on off camera.

And, it all begins in the beginning when the crew sets the stage for the hosts whose coffee cups are placed on the table for them.

“You really get to see more of the TV hosts’ personalities once the show goes to commercial break. Some of the hosts act like divas and the others are more down to earth,” an insider exclusively told The U.S. Sun.

The insider went on to share that the hair and makeup stylists come out just about “every commercial break, if not every other.”

“It was odd that Ana, for example, needed her hair and makeup fixed after the first commercial break when it was not even 10 minutes into the show,” an eyewitness dished about a taping on Friday, November 18. “It seemed very prima donna-like.”

Joy, who was filling in for Whoopi last week while she was out with Covid, had a “whole team” surrounding her every break.

“It looked like writers or producers, but each time the cameras cut, about three or four people immediately rushed to Joy’s side to give her new cue cards and see if she needed help with anything,” an eyewitness revealed.

Whoopi returned to The View on Monday, November 21- she has been moderating the ABC show since 2007.

While she was out, Joy filled in as moderator and was cut off from the other hosts and even cut off by cameras.

A source previously told The U.S. Sun that the hosts were all “pretty divided.”

The U.S. Sun previously reported the tension among the cast.

During a taping last week, Alyssa, specifically distanced herself from the others.

“Every time the show went to commercial break, Alyssa would quickly pick up her phone and start typing away,” an eyewitness said at the time.

“It seemed like she was using it as a form of distraction to avoid socializing with the other hosts.

“It came off as being cold like she had no interest in speaking to anyone else.”

All the panelists have their phones in front of them on silent when they’re recording live, but then when the cameras go to break, the hosts are seen “scrolling their phones or answering texts or emails.”

The ladies also have “minimal” interactions among themselves, let alone the live audience in the room.

“The hosts barely pay attention to the audience, some of which have spent three or four hours before the show waiting to get in. They’re too focused on themselves and preparing for the next segment,” the insider added.

Thanks to a comedian who rallies up the audience and provides laughter, the audience is entertained throughout the show.

They even play a key part in providing sound effects.

“For the first time in two years, the audience was asked to record various laughing and clapping sounds to be used in future tapings,” the source revealed about Friday’s taping. “It was all in good fun.”

ABCThe panelists are surrounded by a live audience, cameras and crew during each taping[/caption]

ABCThe View airs every day of the week at 11 a.m. ET on ABC[/caption]