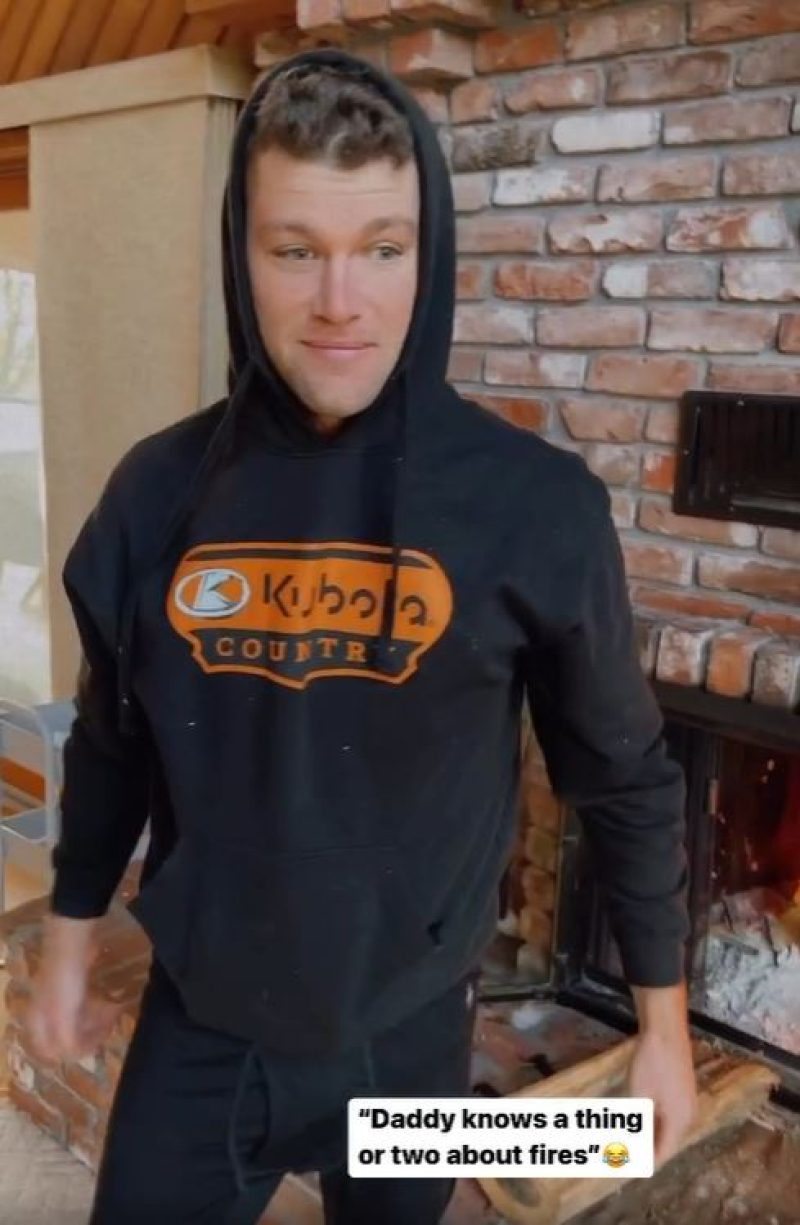 LITTLE PEOPLE star Jeremy Roloff has been criticized by fans for seemingly not helping his wife, Audrey, around the house.

The backlash poured in after the reality star shared a snap on Instagram of his wife’s homemade meal.

In the pic, Jeremy, 32, showed off the dish, which he described as “organ blended ground beef.”

He commended his wife for finding time to prepare the meal while their children were under the weather.

“Amidst sick kids and all, she still pulls off a phenomenal dinner. Thanks Audrey,” the father-of-three wrote.

The photo circulated on an online thread where users bashed Jeremy for not pitching in with chores and taking care of the kids.

The original poster started the conversation, writing, “Like father like son. Looks like Audrey is on her own in the family department,” taking a jab at the family patriarch, Matt Roloff, 60.

Another commented: “I’m no Audrey fan, but between being the primary breadwinner and appearing to do the bulk of the cooking/cleaning/child-rearing, she is certainly pulling more than her weight at home.”

A second person wrote: “He probably felt like he needed to make this post because she’s been ranting how she been doing everything. Ya know, instead of actually making dinner for the family, to help his wife.”

And a third called out Jeremy for being “not helpful” as his wife appeared to take on much of the responsibilities.

The video shows the 31-year-old with her hair in a messy bun and wearing a sweatshirt.

Viewers could hear dishes clanking as she washed them in the sink.

The Little People, Big World alum wrote a lengthy caption on the video, which read: “In case you are new here or not, I just felt like I wanted to say while I share a lot about my life here on the gram, there is a lot of my life that I don’t share.

After listing her daily chores, she continued saying she “loves being a mom.”

“I also just felt like I wanted to remind you not to over glamorize anyone else’s life on here.

One follower took a screenshot and posted it on a popular thread that follows the long-running reality series.

One fan raged: “She is talking like we didn’t know any of that already.. no s**t her life isn’t glamorous! She is just realizing she can’t save face anymore, and she has to admit she’s struggles like ANY other mom!!”

“Where the hell is Jer during all off this Audj? You sound like a truly single mom. Seriously,” questioned another.

The couple are parents to three children: daughter Ember, five, and sons Bode, two, and Radley, one.

Audrey and Jeremy regularly face scrutiny from fans over their parenting styles.

Earlier this month, the young mom was bashed for sharing inappropriate photos of her youngest son.

She was also accused of putting the youngster in an unsafe situation after fans feared the toddler would choke on a teething necklace he wore in a photo.

InstagramAudrey and Jeremy are parents to three children: Ember, Bode, and Radley[/caption]