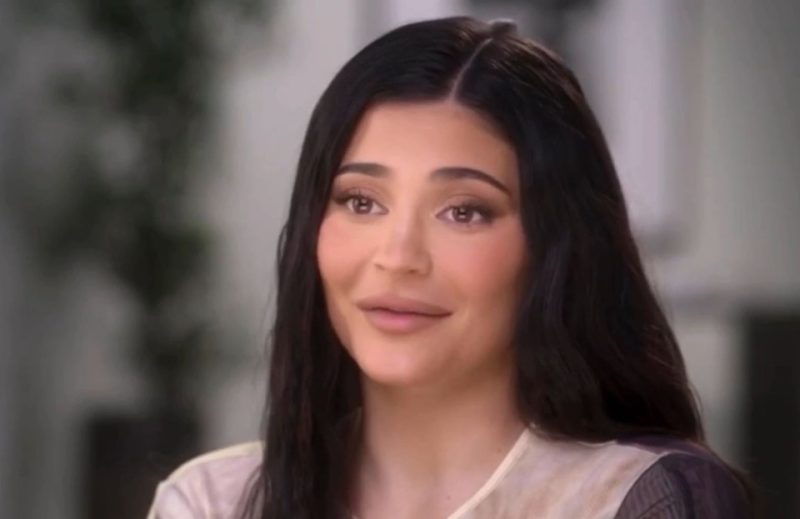 KYLIE Jenner has reacted to fan concerns regarding her relationship with her baby daddy Travis Scott after posting a new video.

The Astroworld rapper previously admitted that he didn’t know the names of his girlfriend’s dogs in a shocking viral video.

Now Kylie, 25, has addressed fan concerns about his involvement in her life.

The reality star took to her TikTok profile on Sunday to share a video of her playing with her brood of mini Italian greyhounds.

The TV personality filmed as the tiny pups swarmed her side and attacked her with kisses.

Kylie gushed over the visit, recording the dogs as they trampled her feet for attention.

Fans took to the comments to share their opinions about the pets, one joking: “I understand why Travis didn’t know their names now.”

The comment received 75,000 likes as many others agreed with the sentiment.

Kylie replied to the message with a laughing emoji, as she seemingly confirmed their relationship is stable.

In an old promo video for Kylie Cosmetics, the makeup mogul asked Travis to name her four dogs.

While the father of two correctly named Norman, he incorrectly said one of their names is “Lady”.

Kylie appeared shocked before she encouraged the hitmaker to name her three other dogs.

After Kylie said the dog’s name is Bambi, Travis admitted he didn’t know the names of her two youngest dogs, Rosy and Harlie.

Last month, Travis was accused of cheating after the rapper’s rumored mistress posted an Instagram Story while on the set of a recent music video shoot.

On Halloween night, Kylie shared a photo of their young family on her Instagram Stories despite the speculation as they all matched in angel costumes.

This was the first time the parents appeared together publically since the Sicko Mode artist was forced to deny cheating rumors.

Fans have speculated that the couple might have split due to the infidelity allegations the 31-year-old has recently faced.

Travis’s rumored mistress, Rojean Kar, shared a short clip of a music video shoot on her Instagram days prior.

The video, in which Travis could be spotted in the background, was captioned “I’m directing obvi.”

Fans wondered what the two were doing in the same room together as the Instagram influencer was rumored to be the mistress behind Travis’ brief split from Kylie in 2019.

But he instantly shut down rumors via his Instagram story on October 22, 2022.

“It’s a lot of weird s**t going on,” the musician wrote that night, denying claims.

“An uninvited person was sneaking photos on, what was supposed to be, a closed set while I was directing a video. I’m saying this for the last time. I don’t know this person. I’ve never been with this person. So please stop with the continuous cyber games and the fictional storytelling.”

Rojean also wasted no time telling social media her side of the story.

“What we’re not gonna do is we’re not gonna lie on me. … I pretended I didn’t know you, went along with whatever f–king narrative … no matter how much bulls**t I got from it,” she posted in an Instagram story video.

Businesswoman Courtney Couch, who says she has worked with Travis for more than eight years, said she was on the set with the singer all day.

“This lady is delusional,” Courtney shared, which Travis screenshotted and reposted.

“Plus she was not there with him. He does not f**k with her in any way. Nothing else to see here.”

Kylie has not responded to the rumors and has continued posting with her baby daddy as usual.

TikTok / Kylie JennerKylie played with her dozens of dogs[/caption]