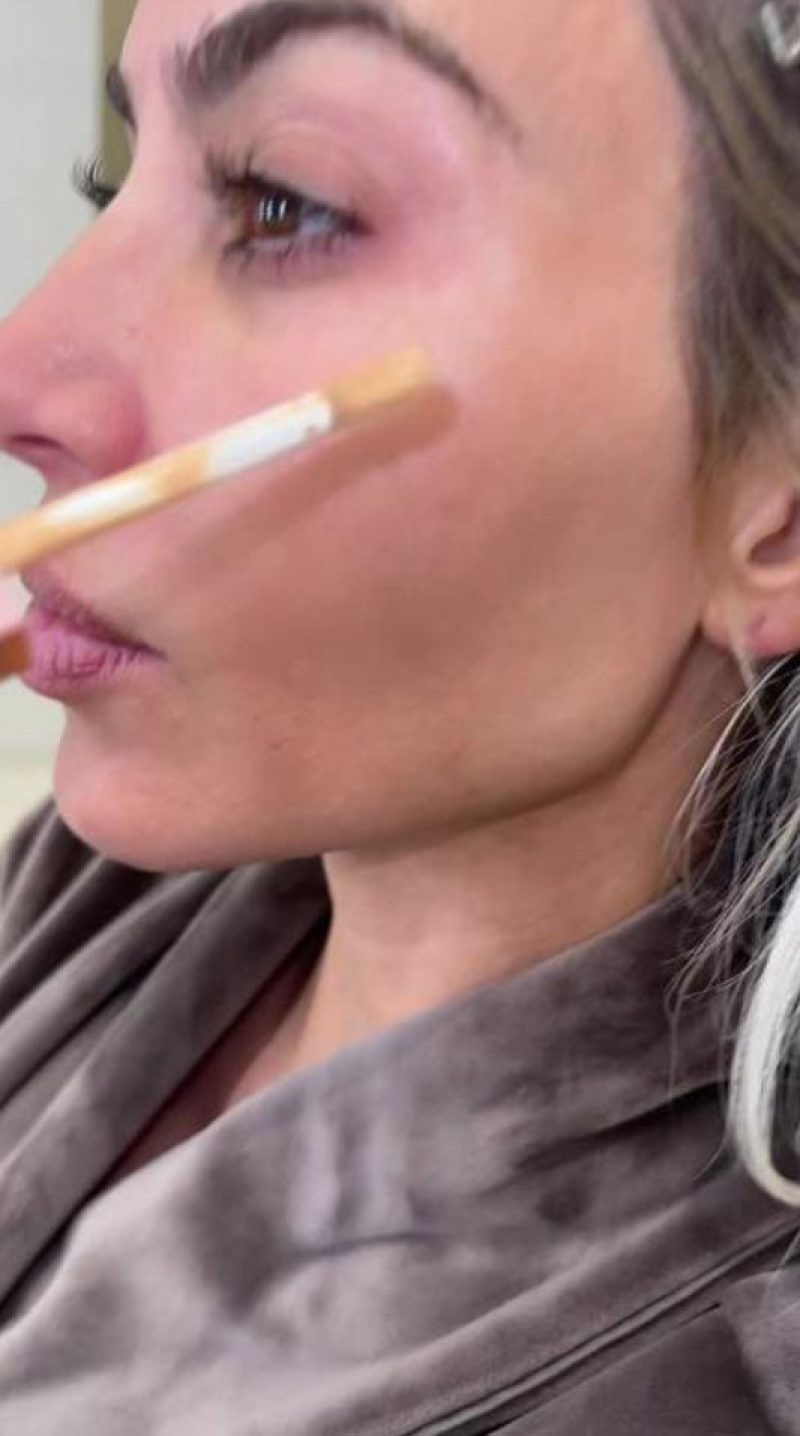 Kim, 42, ditched her makeup and decided to go barefaced in a TikTok video.

In the opening seconds, The Kardashians star had her hair pinned back while her eyes seemed to have dark circles around them.

She sat in a chair and donned a grayish robe while her pre-teen daughter painted her forehead and brushed the pores on her cheeks.

North demonstrated her makeup skills as she dropped dark and light shades of green on her mother’s face.

The end result was the Hulu star looking like The Grinch from the children’s book by Dr. Seuss.

Kim wore a green jacket as she showed off her newly painted face.

As the clip concluded, she mimicked the lyrics to the class Christmas song, “You’re a Mean One, Mr. Grinch”

This is not the first time the reality star displayed her unedited face on all her social media platforms.

North recently filmed her mother for another TikTok video, which she later deleted.

The TV star lip-synched to a remix of Sway by Michael Bublé.

While wearing a camouflage top, Kim revealed her real skin as she decided to go for a makeup-free look in the adorable clip.

Usually glammed up by her squad, Kim went for a casual look and shared some imperfections on her chin.

The TV personality star smiled right when the camera turned and filmed her eldest child.

Although Kim did not know all of the words to the track, North proved she was the real TikTok star and recited every word from the hit tune.

Along with North, Kim and her ex-husband Kanye West, 44, are the parents of three other children: Saint, six; Chicago, four; and Psalm, three.

Although North shares her profile with her famous mother – and they have even danced in a clip together – Ye has been very vocal about his disapproval of their eldest daughter being on social media.

BEING TRUE TO HERSELF

The Keeping Up With The Kardashians star has been showing off her unedited face and body lately on all her social media platforms.

Kim previously posed in the direct sunlight and flaunted her freshly moisturized skin as she promoted her skincare line, KKW beauty.

The former E! star also allowed unedited photos of her with wrinkles to remain on the internet from a television appearance.

Since the launch of her skincare brand, Kim has been making tons of effort to prove that she uses her own products.