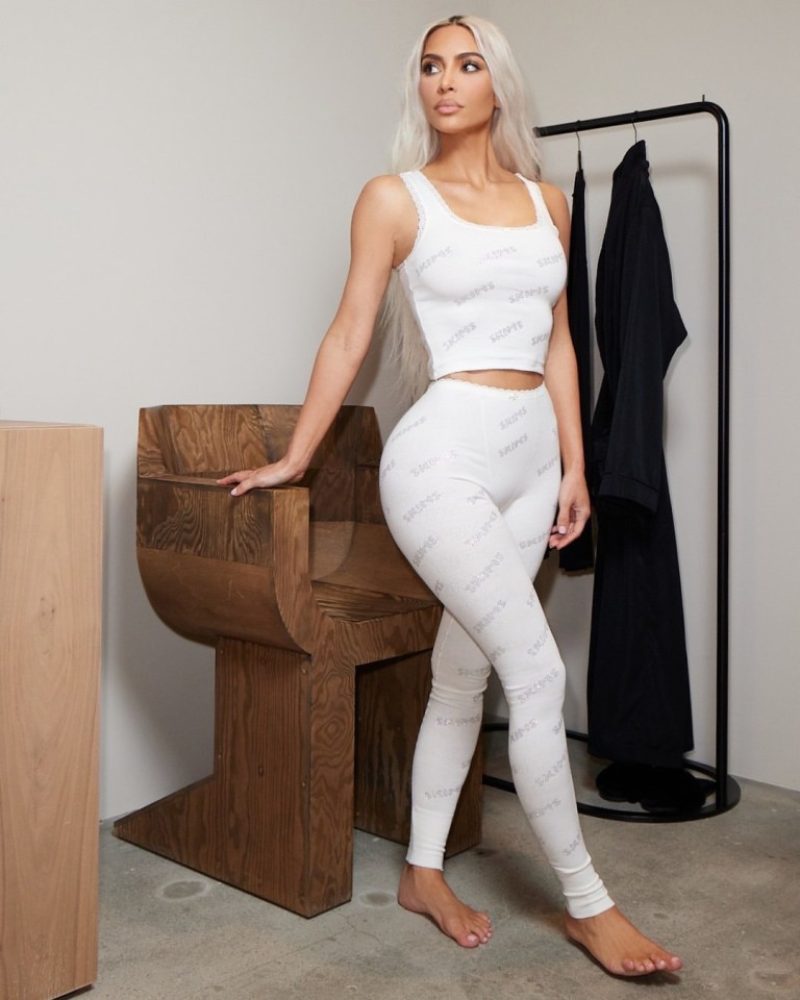 This isn’t the first time Kardashian fans have called out the Hulu star for being out of touch with her consumers.

And while another Skims post claimed that the “sparkly, logo-adorned lounge sets” are on everyone’s list, it seems that the items’ high prices may be keeping the loungewear off many holiday shopping lists this year.

As one commenter stated: “Lower the prices! I was willing to pay before.”

Kim shows off her real body in unedited pics with North, Kourtney & Reign

A fan took a screenshot of the rhinestone-encrusted Skims products and their prices from the website and posted them on a popular Kardashian-dedicated Reddit board.

Titled, “The prices,” fans took to the comment thread to share their opinion on the recent price increase.

One person wrote, “Goes to show her target audience is NOT us.”

They continued, “There’s no way someone is that out of touch and believes those prices are reasonable. Her target audience is clearly other millionaires.”

“What is their target demographic?” asked another ran before explaining, “I would like to understand who they are shilling to.”

A third Redditor commented, “This is for the subset of upper-middle-class women who wanna appear rich or like a ‘baddie.’”

“I’d rather just stick with my lululemon addiction. Her stuff just comes across as cheap, but that is tacky,” added a fourth.

Other commenters appeared to be shocked by the prices with one person questioning, “$98 for a pair of cheap ass leggings w rhinestones?”

“I found a Kendall and Kylie bag at my local Dollar General. Skims is good quality though I will give it that, there’s just no way in h**l I would/could ever justify these prices!!!!!” added a final commenter.

Fans called Kim recently claimed the Keeping Up With the Kardashians alum was out of touch when she debuted her skincare line, SKKN by Kim.

Many of Kim’s fans weren’t supportive of the launch, calling the products’ prices “insane.”

Redditors took to the platform to voice their honest opinions about the 41-year-old beauty mogul’s new business venture.

“This will be her biggest business failure for sure,” one person harshly predicted.

Others in the thread agreed as another wrote: “But I’m sure their sales will exponentially decrease after a while- like a good amount of celebrity business ventures do.”

Several others had a similar reaction to the high-priced items.

“These prices are insane… 95 dollars for a night oil! Also, what’s the difference between the oil drops and the night oil?” one remarked.

“Kim is so out of touch with reality,” a second added.

Following the announcement, an interview with The New York Times took a closer look at the philosophy behind the lengthy routine and the products’ prices.

Kim – whose sister Kylie Jenner, 25, has endured success with her skincare line, Kylie Skin – described her new range as “prestige.”

The nine items, including a cleanser, a toner, and an exfoliator, totaled $630.

Some of the specialist products, including a hyaluronic acid serum and night oil, are $90 and $95, respectively.

‘OUT OF TOUCH ERA’

Fans were not impressed and took issue with the high price point.

One user on Reddit added: “So incredibly unlikeable this makes her.”

Despite the reaction, billionaire Kim maintains that the high prices are a “necessity” to obtain ingredients in the products that she “would not really miss out on.”

During the interview, she added: “The products I was using that were comparable were way more expensive, not to compare anything.

“I tried to get the quality for the best price that we could, especially the vitamin C serum.”

The mom of four also stood by the lengthy nine-step routine, insisting that all the products were “necessary.”

Kardashian fans were shocked by the most recent Skims collection’s pricesGetty Images – GettyFans claimed Kim was out of touch when she initially released the prices for her skincare line, SKKN by Kim[/caption]