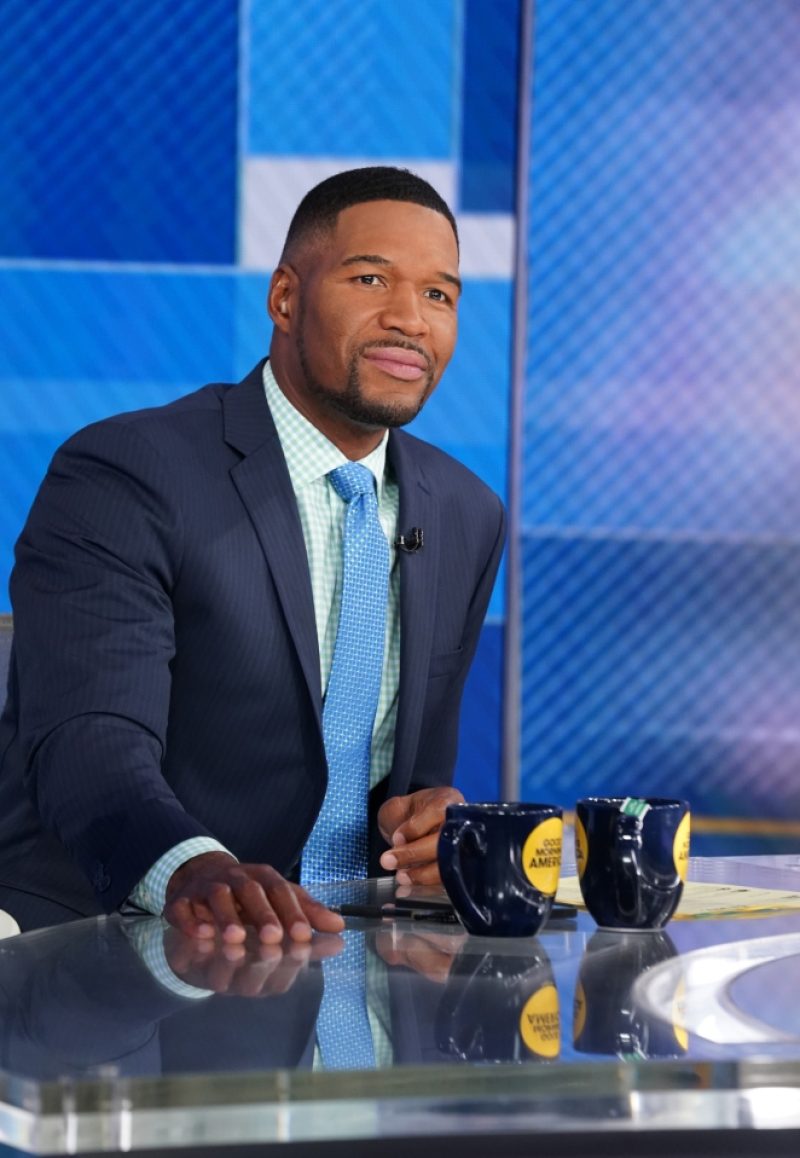 Michael, 51, was missing from the panel at the start of the week after he enjoyed a relaxing weekend at home with his dog Enzo.

It’s not unusual for the TV anchor to be absent from the ABC programme on a Monday as he usually appears as a football analyst on Fox NFL Sunday.

However, there could be another reason for Michael not working this week and that’s because it’s his birthday.

The father-of-four turned 51 on November 21, and understandably wanted a day off from hosting the breakfast programme.

Fan were keen to send well wishes to Michael and took to Twitter to mark his special occasion.

Another tweeted: “Happy Birthday to the greatest Giant I’ve ever seen in person – @michaelstrahan.”

A third person said: “Happy Birthday to the legend himself.
@michaelstrahan.”

Someone else tweeted: “Happy birthday to the big dawg! We love you and would follow you into the mists of Avalon… or into space and the arctic lol @michaelstrahan.”

It’s unsure how Michael is planning to celebrate his milestone day, but it seems he enjoyed a relaxing weekend at home with his pooch Enzo.

On Saturday, he shared a sweet snap of the dog relaxing on a porch in the sunshine.

Michael captioned the post: “Enzo is officially my guard dog. If someone offers him a treat, I may be in trouble LOL #Enzo.”

His 1.4million Instagram followers quickly commented on the snap and some predicted that Michael wasn’t in New York due to the sun.

“You are definitely not on the East Coast today,” one person said.

“Enzo is the best,” a third wrote, while a fourth added: “Looks like he’s loving that beautiful weather!”

Someone else said: “Enzo does seem like the sweetest,” while a different person noted: “He’s so cute! Just soaking up that sunshine!”

Michael is not shy to express his love for his canine and best friend – who technically belongs to his daughter.

GMA viewers were left in tears at his reaction after the dad was gifted a blanket with Enzo’s face on it.

During a segment of Shop: GMA, the former football player turned host opened a gift of a photograph of his dog Enzo.

Being an openly proud dog dad, his fans were highly emotional seeing his reaction.

While opening the gift, a stunned Michael shouted: “Oh! I got a big smile on my face right now.”