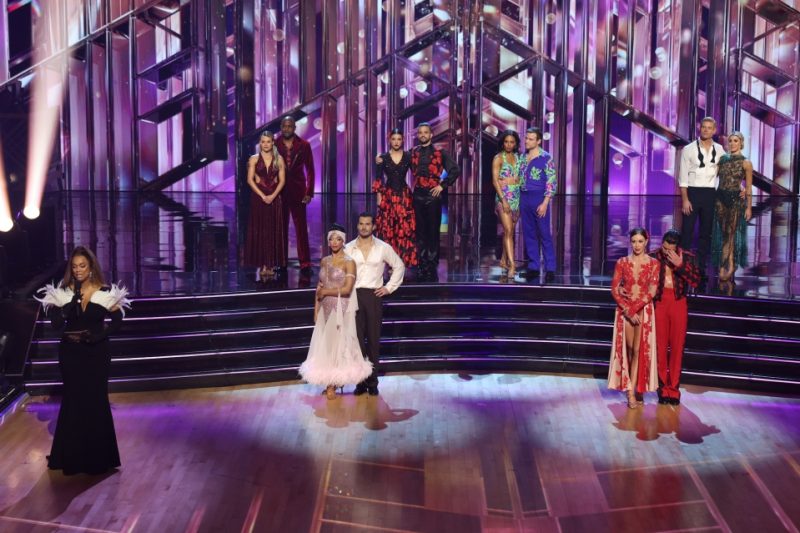 DANCING With The Stars fans believe that Wayne Brady might have a “disadvantage” in the finale on Monday night.

He just hosted the American Music Awards on Sunday, pulling him away from rehearsal time.

The finale of DWTS is finally here and four contestants are vying for the mirrorball- Wayne, Shangela, Gabby Windey, and Charli D’Amelio.

While it’s been a close call all season, Wayne being away from the studio just one day prior might hurt his chances at winning.

He rapped, danced, and fulfilled a life-long dream of hosting an award show.

His partner, Witney Carson, even made an appearance on the show for a short dance number.

But with Sundays usually being blocking and dress rehearsal, DWTS fans think it might affect his performance on the finale.

He has been a fan-favorite all along, so will votes be enough to give him the title?

“Could Wayne be at a disadvantage after he just hosted the AMAs? That’s exhausting and less time to rehearse,” one fan asked.

To that, another fan replied: “I think it could work but for and against him.. like it got a few more eyes on him so may have gotten him some additional votes but also yeah, it’s gotta be exhausting. Luckily for him they love handing out 10s in the finale.”

A third chimed in, doubting that he will win, and wrote: “Gabby or Charli will for sure get the Mirror Ball trophy tonight!”

“If Wayne does not win, I’d still be just as happy if someone else won it!!” commented an optimistic fan.

“Plus, he will probably get a lot of additional support after the AMAs last night. I’d still be just as stoked for the other three too though!!”

A Reddit user replied to them, saying: “I think Wayne could take it. His type is the demographic favorite, he really doesn’t have any outsude controversies, and people are still upset Witney didn’t win with Milo or Kel.”

Another disadvantage for Wayne in the finale may be due to his partner.

Last week, Witney announced live on air that she is pregnant with her second child.

Although not heavily pregnant, the pair is probably not allowed to do flips or anything outrageous in their freestyle.

After their Paso Doble, Witney shocked fans with the news of her expanding family.

After the dance, they awaited their scores – raking up 36 points out of 40.

Then, host Alfonso Ribeiro announced that Witney, 29, had something personal to share.

She announced: “I am so excited to finally announce that Carson, Leo, and myself are expecting baby number two. So I’m so blessed and this just felt like a really, really good time to share it.”

Fans, many of whom have been rooting for Witney and Wayne from the star, were thrilled for her.

On Twitter, one user gushed: “Witney is literally pregnant and still was dancing and choreographing circles around so many of the other contestants. An icon, your honor.”

Another fan wrote: “Congrats to Witney!!! That makes sense why maybe her and Wayne didn’t seem to have a ton of *chemistry* as people think they should have.”

“Congrats to Witney! Her and Lindsay pregnant at the same time this time,” a fourth fan wrote, noting that Lindsey Arnold – Witney’s pal and a fellow DWTS pro – is also pregnant.

Lindsay announced her pregnancy a month earlier after talking openly about her fertility struggles.

Someone else added: “WITNEY IS HAVING A BABY! She’s so cute with how excited she is! Congrats!”

“Witney did that back bend PREGNANT,” another viewer wrote.

Someone else chimed in: “The way Witney is pregnant and still delivering amazing choreography and killing it in each and every dance… I’m in awe.”

The finale airs live on Disney Plus at 8pm EST on Monday.